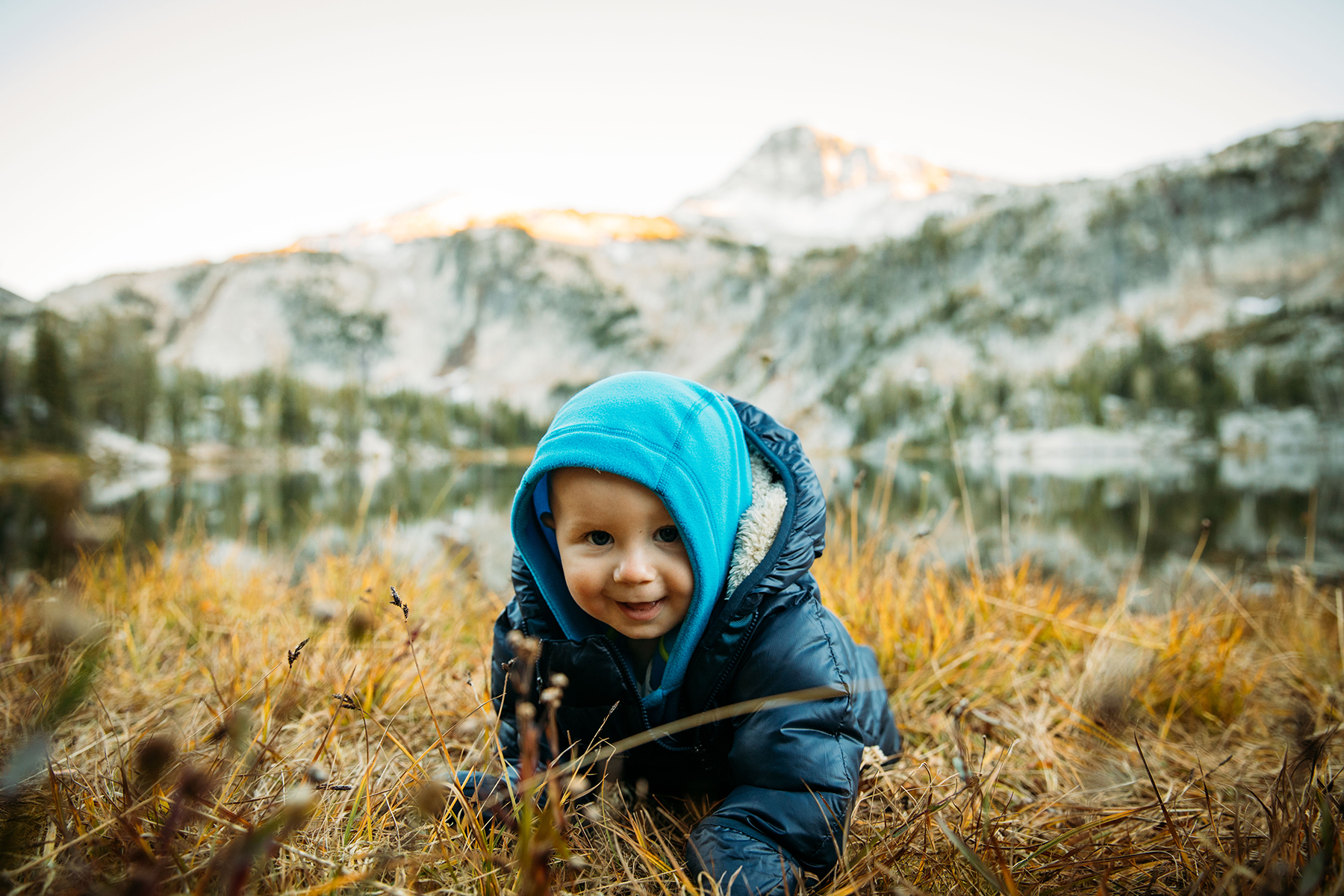 5 Benefits of Cold Weather Backpacking with a Baby

With the addition of a new human comes so many firsts, including our first time backpacking with a baby. Our first trip with our son was more intimidating than I realized it would be. But I had a hunch that while it might look a little different, and certainly be a lot slower, it was going to be the sweetest of times. I was right. It was one of those firsts that will echo in our memories as one of the best few days we spent during this wild first year as a family.

We learned so much on the trip (plan on stopping three times as much as you think you will, and you’ll probably pack too many diapers but it’s better than not packing enough). We had our husky Nooka pack out the dirty diapers, and Corey carried most of our gear while I carried Wolfie and his personal things. Our saving grace was our lightweight gear (that and a pair of hiking poles are must-haves if you can swing it).

The first window we had was late September—shoulder season in the alpine backcountry. This meant cold weather backpacking in addition to backpacking with a baby. Despite this and our uncertainty of traveling during COVID, we decided to (safely as possible) make a break for the hills before they became snowed in for the long winter. It dipped well below freezing each night, but we stayed warm and cozy in our Parsec™ sleeping bags. 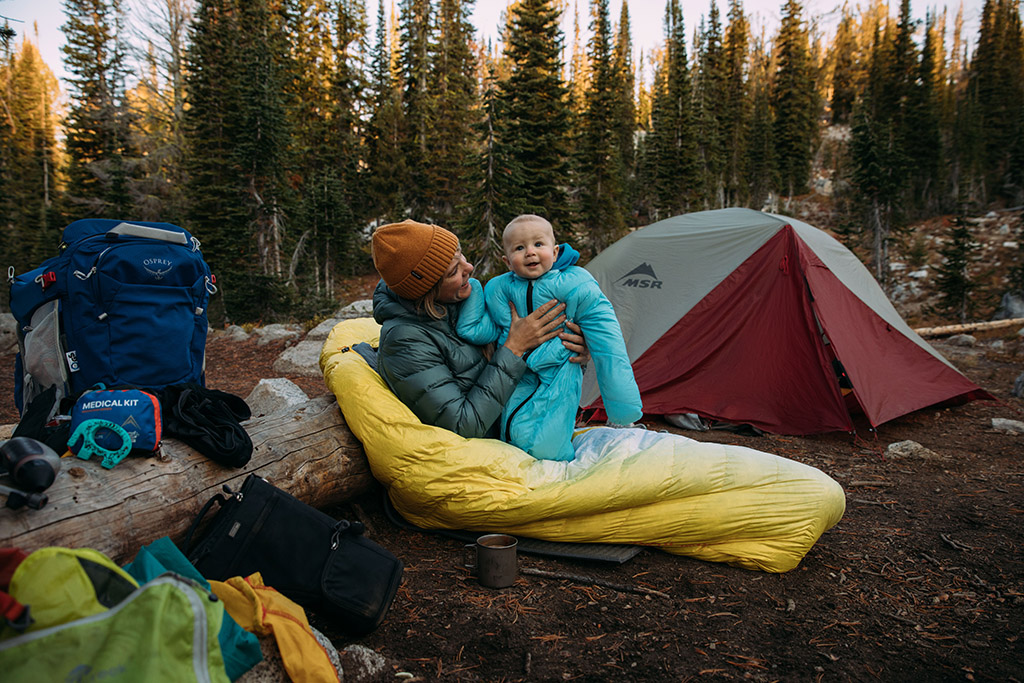 We chose a spot close to home, but one far enough away from our PNW city that we knew it wouldn’t be overly busy. The Wallowas in north-eastern Oregon are a gem—a mountain range that feels drastically different from the solitary volcanoes that draw crowds and dot the Oregon landscape. We kept it mellow, hiking in eight miles to basecamp at the aptly named Mirror Lake. We spent one day exploring, then hiked out the next day for a total of three days, two nights, and approximately 28 miles, at least 12 of which our son slept through.

It was cold, it was uncomfortable, and I can’t wait to do it again. Here’s a few benefits of backpacking with a baby and reasons why you should bring your babies into the backcountry: 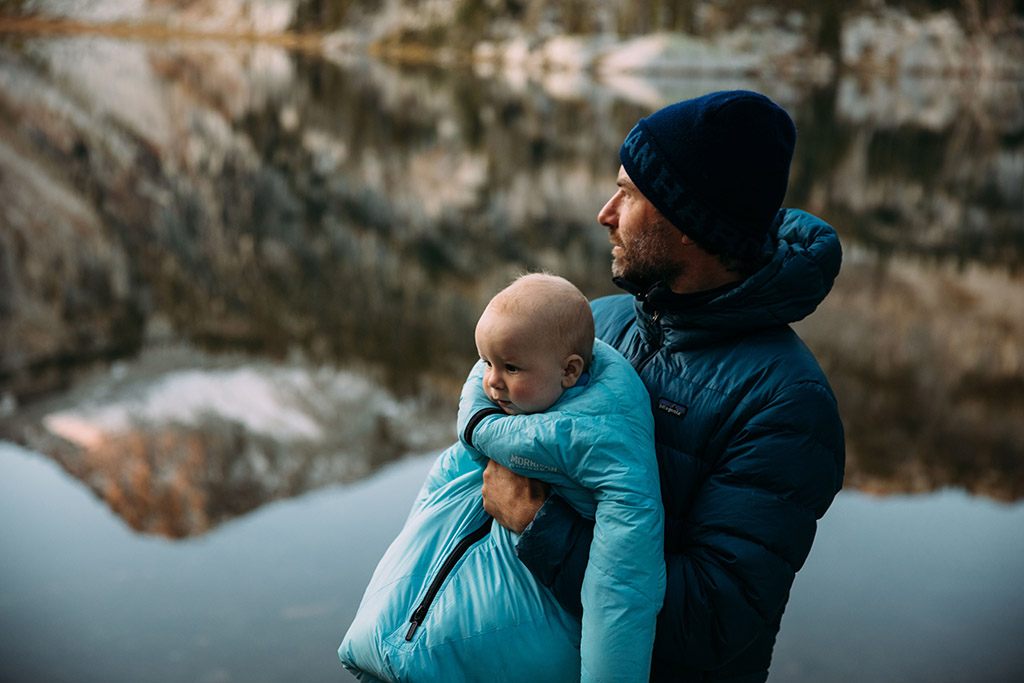 1. Re-Realizing That You Really Don’t Need That Much Stuff

Introducing a new baby to your family, especially if they’re your first tiny human, involves a lot of… stuff. One of my favorite things about days spent away in the backcountry is the reminder of how little we need to survive and have a fantastic time to boot. Warm sleeping gear, cookware, some sturdy boots, backpacks and food…backpacking with a baby was a refreshing break from all the various accoutrements of child-rearing. It reminded us just how little our son really needs to thrive. I even stopped myself from packing any toys, relying instead on sticks, rocks, a few handfuls of dirt and our pup Nooka Bear to keep him entertained.

Having a baby during a pandemic while living in a city meant we ended up spending more time inside than we would have normally. Somehow, I exercised a lot less than I intended to postpartum, which is completely fine, but my body was feeling that itch to work hard. This trip was the most I had moved consistently since having my son. It was a bit of a shock to my system in the best possible way. After three days out there I felt calmer, happier and more alive than I had in quite a while. Waking up next to an alpine lake with sore limbs is good medicine—especially with the compound stress of caring for an infant and COVID. 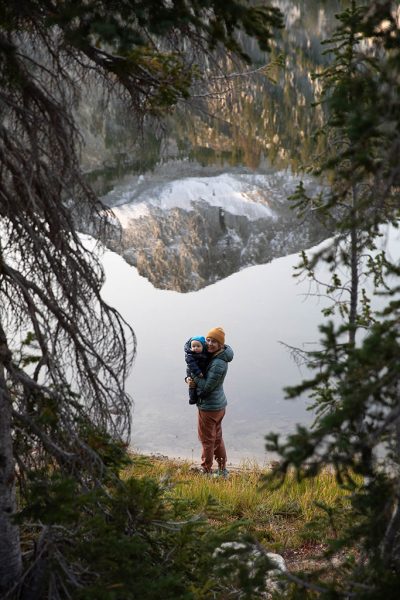 3. Connection With Each Other

My partner and I fell in love on adventures—long days swapping pitches in Red Rocks, chasing each other down the steep trails of the Enchantments, and indulging in our shared curiosity for exploring any place new. Adventure is like the mayonnaise on our sandwich, making everything in life that much better. Raising a kid has been the biggest (and best) adventure yet. Combining the adventure of raising a family with outdoor adventure was a dream we’d both had before we met. This trip was the perfect time for us to slow down and savor our new family in the most beautiful of places.

Our trip was cold–really cold. Despite it being September, it was cold weather backpacking. The nights were freezing, and the first night I barely slept checking in on Wolf to make sure he wasn’t too cold (spoiler, he was fine). The hike out was a mellow 8 miles, mostly a mild descent, but by that time my entire body was sore. My pack was around 45lbs, complete with a babbling child, and as excited as I was to be moving, it was hard. Taking on those challenges, and succeeding, has made other things seem more doable. The lessons we learn in the woods have a habit of sticking with us through other events of life. This trip reminded me to embrace and celebrate discomfort as opportunity for growth. 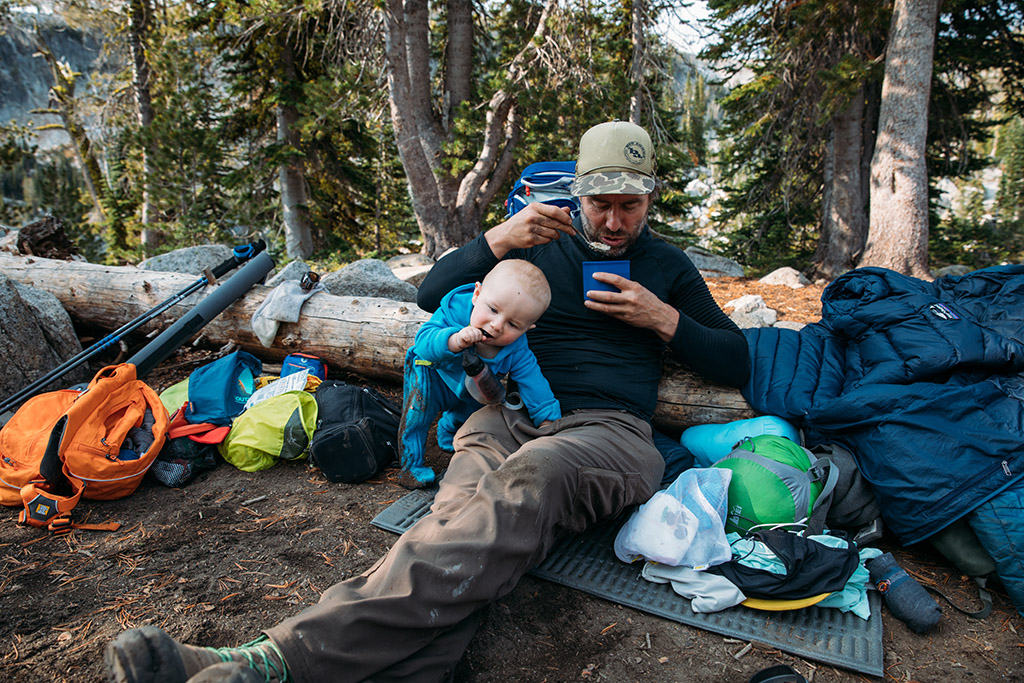 5. Your Child is Getting to Hang in Their Natural Habitat: Wilderness

For most of our existence, humans lived in the elements. Babies are resilient! They don’t mind the cold as much as you might think, so don’t let temperatures dissuade you from cold weather backpacking with a baby. Once appropriately bundled up, Wolfie was joyous and calm the entire trip other than the 45 minutes or so he had a pine-needle in his diaper. Babies love being outside, love watching new things, and love being with you. I can’t think of a better way to bond, play, explore and share something magical with your child than spending a few days tucked away in a wild place in the world. 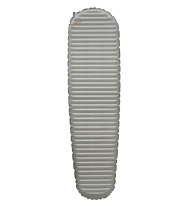 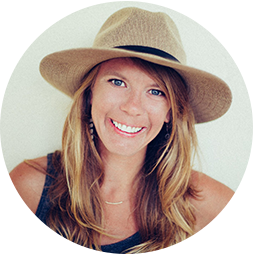 Aly is an adventure photographer and filmmaker based out of Boulder, CO.

Tips for Backpacking with Babies 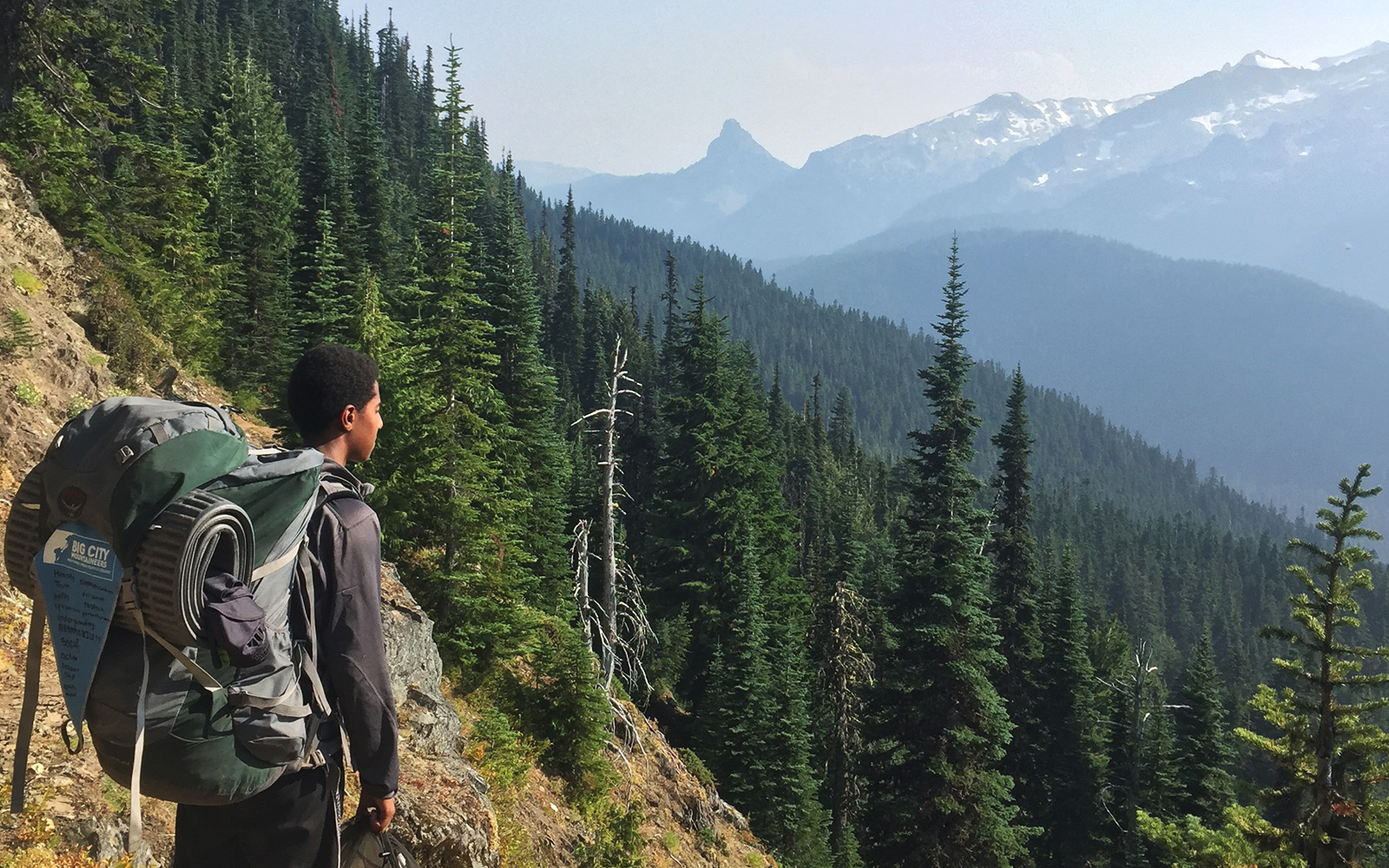 Camping For A Change

What’s in my Pack: Family Backpacking