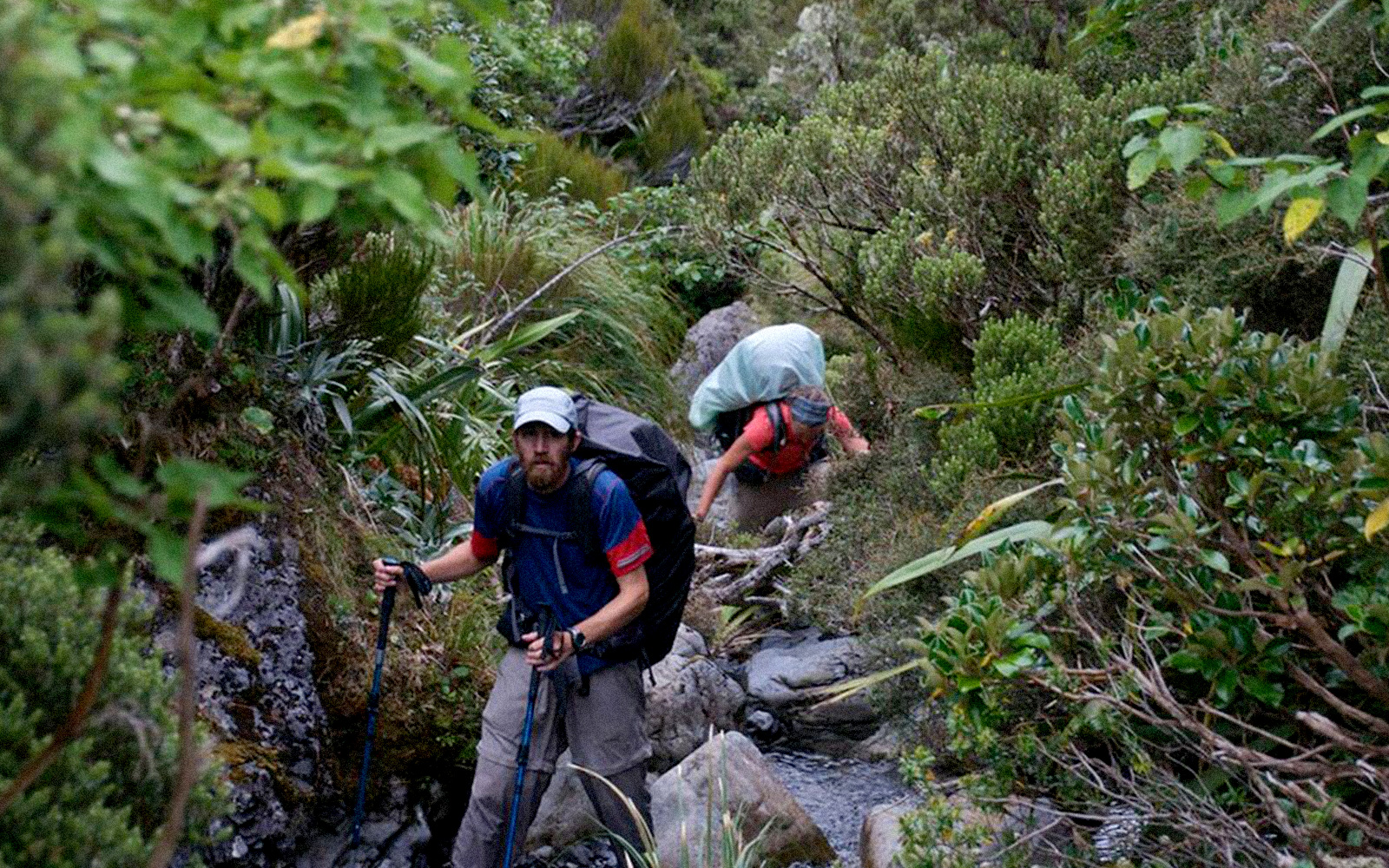 Have you heard about the new kid on the block among long-distance trails? It’s the Te Araroa Trail in New Zealand or, more appropriately, just Te Araroa, meaning “the Long Pathway in the native Maori language. It is a pathway stretching more than 3,000 kilometers (nearly 2,000 miles) from Cape Reigna at the top of the North Island to Bluff at the bottom of the South Island.

My husband, Justin, and I just walked it. We started on Nov. 27, 2014, and finished on March 29, 2015. During our 4 months hiking on the trail, we encountered every type of jaw-dropping New Zealand landscape the brochures boast. Does the country live up to its hype? Yes to the 10th degree. Go watch “Lord of the Rings.” Then imagine yourself walking through scenery from the film, like we did.

Te Araroa (pronounced tee-are-a-rho-o) didn’t officially open until Dec. 3, 2011, and has a colorful history. Back in 1975, it was just a dream. In 1994, Kiwi journalist Geoff Chapple made it more of a reality when his newspaper article stirred up awareness and led to the formation of Te Araroa Trust, which now manages it.

Though it is still in its infancy, its popularity is spreading like wildfire. This year, Te Araroa snagged a spot on the National Geographic’s list of 20 World’s Best Hikes and CNN’s list of 10 World’s Most Amazing Long-Distance Trails. While we were on trail during the 2014-15 hiking season, we heard reports that nearly 150 people were hiking the whole thing, and even more just doing the South Island.

We thought it would be helpful to offer some insight for those thinking they may want to head over to New Zealand to tackle all or some of Te Araroa. This is not a comprehensive “what you need to know” to hike the trail. Our pre-trail preparation required weeks and weeks of sifting through information gathered from blogs and other resources. I will tell you it is crucial to start your planning with the Te Araroa Trust, the Te Araroa Wiki and the Te Araroa Facebook Group There is not only a general Te Araroa Facebook group, but each “hiker class” has its own, so we were part of the 2014-15 group.

Instead of a “how to,” we have some off-the-wall tips that are not so obvious within the official Te Araroa resources. Enjoy!

1)  Sunblock, sunglasses and even a hat. Do not underestimate the sun in New Zealand; you are closer to the equator and there is very little pollution in the air, making the UV rays super strong.

2)  GPS and/or mapping app on your phone. We used our Garmin Fenix watch, as well as the “IHikeGPS NZ” app, both of which were lifesavers for navigation on the trail. On the North Island in particular, you will search for the trail at least once a day. Most phones have satellite chips and will work in remote areas.

3)  Battery backup or solar charger. Your charging opportunities are far and few between, especially on the South Island, and if you are using an app for navigation and your phone for taking pictures like we did, your battery will drain faster than you can find outlets. Our PowerTraveller SolarMonkey Adventurer charger worked like a charm.

4)  Trekking poles. Switchbacks on Te Araroa are seldom, so you will find yourself going straight up and straight down. Give your knees a break, use trekking poles. Plus, they are a huge help during the river crossings.

5)  PackTowl. This is not an item we typically have in our backpacks. But, U.S. trail hostels often provide towels to hikers. In New Zealand, you occasionally can “hire” a towel, but a Packtowl is light enough to avoid that expense each time you want to shower.

1)  Undulating: on trails in the states, we affectionately call these pointless ups and downs. Te Araroa undulates a lot.

2)  Sidling: walking sideways and clinging to the hillside is common on New Zealand trails, where erosion and wet weather often causes slips and disappearing trail.

3)  Tussock: long and thick grass that covers much of the trails on the South Island. Pretty to look at, but a battle to walk through.

4)  Paper/metaled roads: unpaved/gravel roads. The first time we saw this in our trail notes, we were literally looking for a metal road.

5)  Good on you: good for you/good job. Kiwis love this phrase and this is usually the response you get when you tell them you are walking the whole length of their country.

1)  If you are planning any off-trail adventures, first check out BookMe. There are deals on both tourist attractions and dining.

2)  Packets of ketchup, butter, jelly and other condiments are not free at fast food restaurants in New Zealand. They usually cost between $0.20-$0.40 each!

3)  Gear is wicked expensive in New Zealand. For example, hiking shoes cost $300 at minimum. Consider bringing extra gear and mailing it to different drops along the way just in case.

5)  Skip the bus and hitchhike. There are many times on the trail where you have to get across a body of water (i.e., Victoria Bay, Rakaia River, Lake Wakatipu) and we almost always relied on paying for shuttles, which ranged from $25-50 per person. However, you could certainly get by with hitching. People are so friendly and it just takes patience and time to yield a huge cost savings. 1)  Te Araroa teaches you flexibility. The trail is marketed as 3,000 kilometers, or roughly 1,900 miles. However, it is NOT 3,000 kilometers. We’ve heard different reports of the distance being closer to 3,300 kilometers, and that makes sense because we tracked our distances most days, and they were almost always off by 1-4 kilometers. Take the distances and times provided by the maps and trail notes, and even the Department of Conservation signs along the trail, with a grain of salt. We got in the habit of not reading too far in advance for sanity’s sake. The trail notes are sometimes overwhelming and require thinking/planning via a checklist. One day the notes will read mistakenly easier than the trail reveals itself to be, while other days the notes read worse than they are.

2)  You will have to do a lot of math. I hate math and am bad at it. Thank goodness Justin is the opposite. Not only are you converting kilometers into miles, but grams to ounces in the grocery stores, kilos to pounds at the gear shops and Celsius to Fahrenheit during the weather report.

3)  NZ is wet and you will get wet. Besides the fact it rains a lot, there is the fact that no part of the country is more than 80 miles from the sea. This translates to a lot of dew in the air. We hardly ever slept with our rain fly off our tent. Thankfully, I had the Questar 20F sleeping bag and stayed fully protected when we experienced dew. As a bonus, you will cross 200+ rivers during your hike. I can count on one hand how many days our feet were dry on the South Island. Trench foot anyone?

4)  You will probably see more dead animals than live ones. We marched by 1000s of dead animals in various states of decay on the roads and farms, as well as in the forests in traps. For a variety of reasons that now seem like a terrible idea, European settlers introduced lots of small animals into New Zealand’s native bush. Over the years, these little tykes began wreaking havoc on the country’s defenseless plants and birdlife (which, on the other hand, is fantastic) and the country is now trying to curb their population. With that being said, the only mammal native to New Zealand is the bat. Plenty of species have been introduced, but this is not a trail you do with the intent of wildlife viewing, unless you put livestock in that category … you will definitely do a fair share of tiptoeing around massive, drooling bulls and skiddish sheep. There are also no deadly species, like snakes, bears or crocodiles.

5)  You won’t run into a lot of people on Te Araroa. For the most part, on the North Island, we didn’t see anyone at all. On the South Island you will, but just not the crowds we were expecting. Part of the reason is because Te Araroa does not overlap with the Great Walks as to keep hikers’ costs and traffic on the trails that require reservations in control. It does follow the Tongariro Crossing and Whanganui River, which are tourist highways, but that is the only time the trail gets crowded. 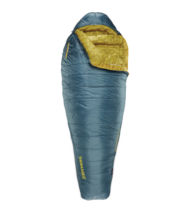 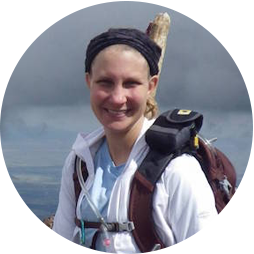 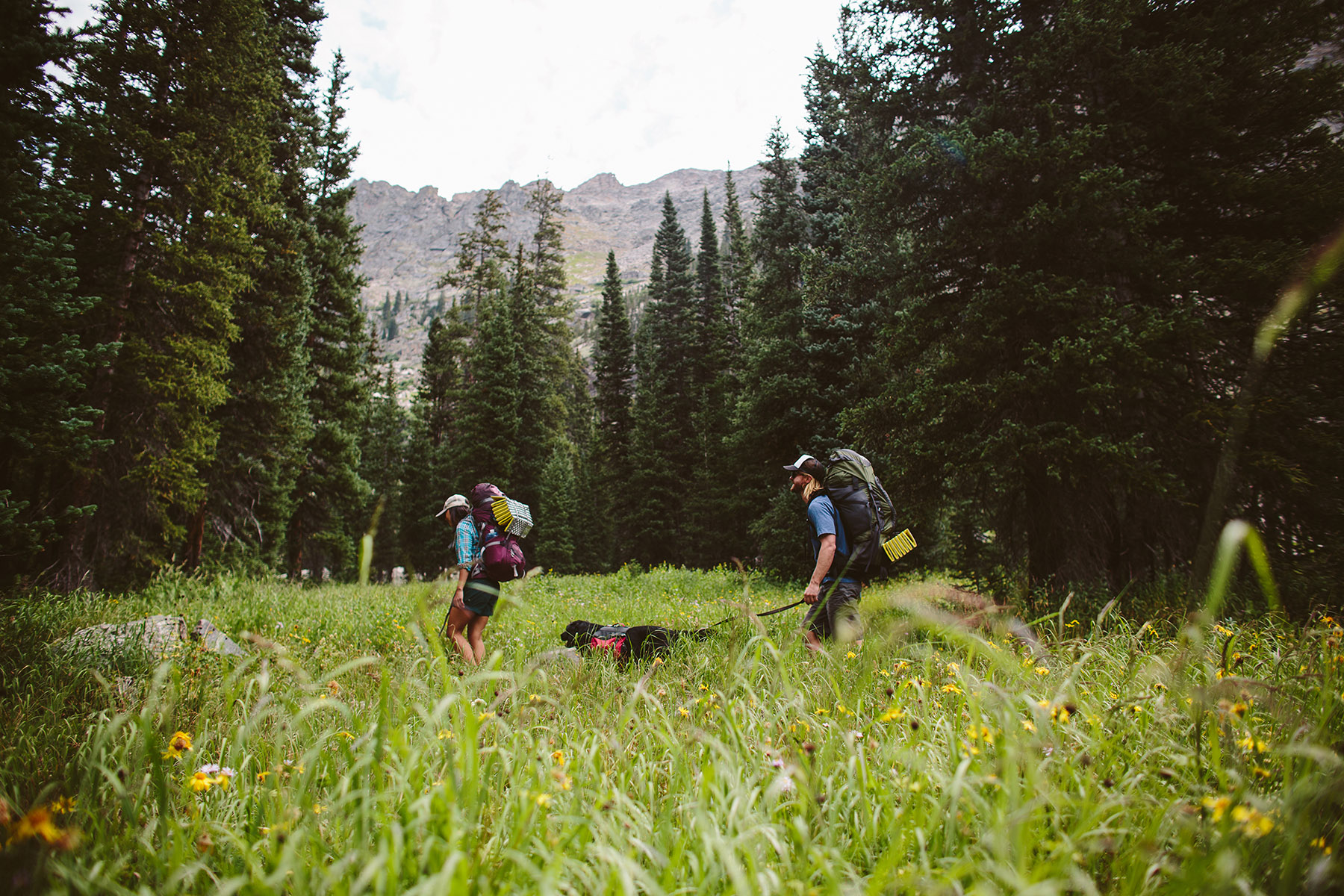 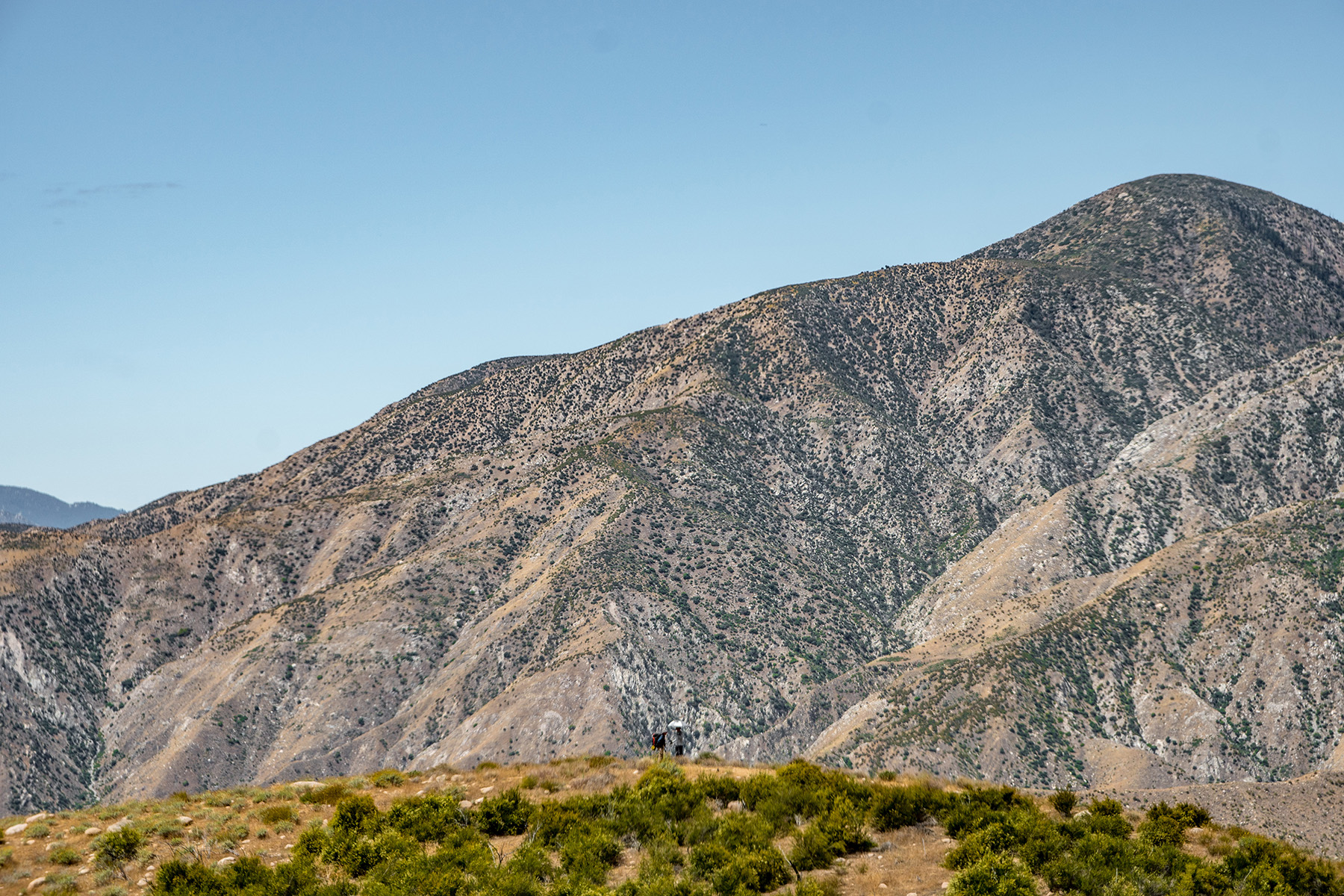