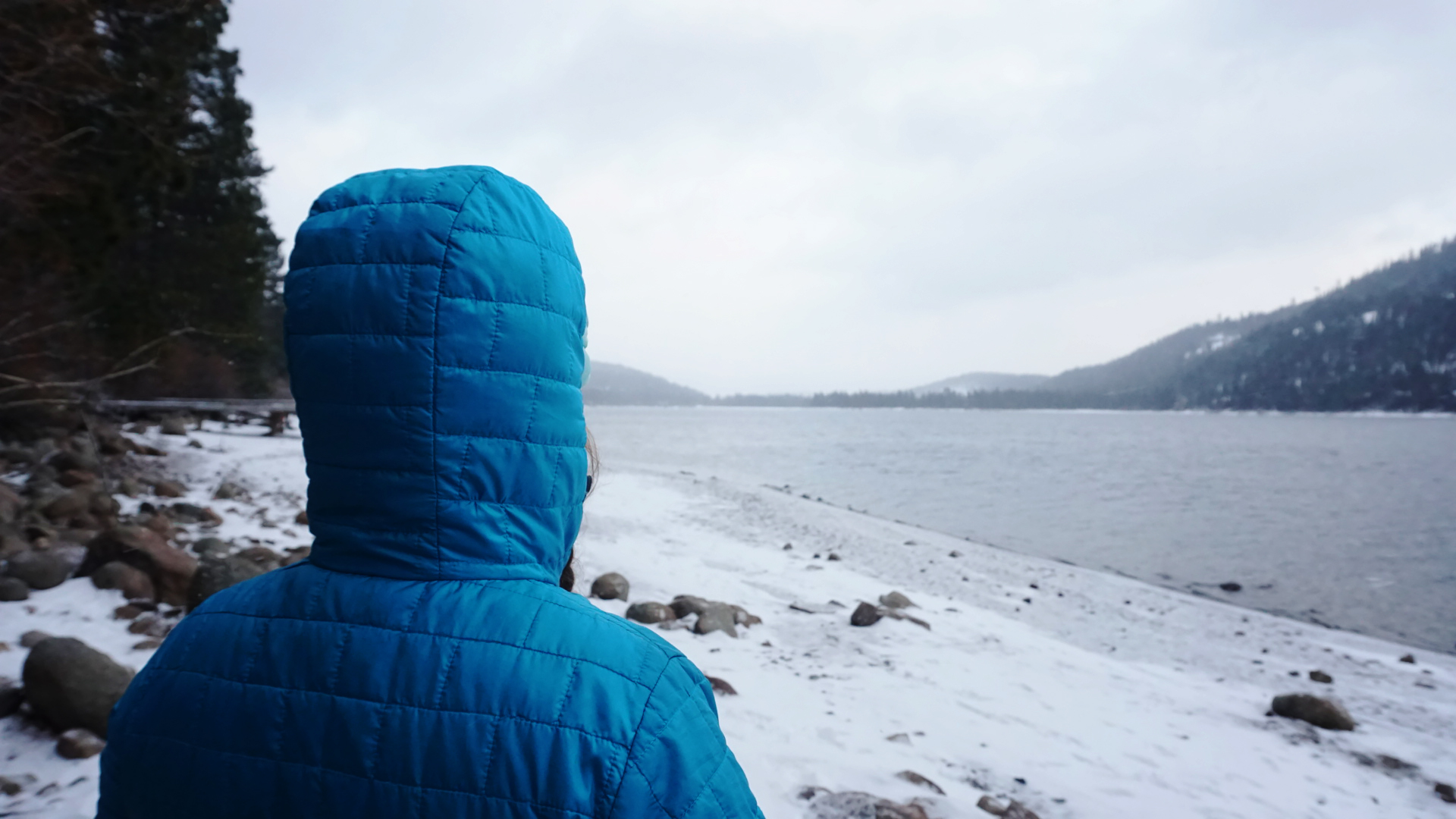 How Outdoor Women Are Leading The Next Generation

The outdoors have often been referred to as the great equalizer. A place where we can leave behind stigma behind and enjoy the beauty of the backcountry. However, in our experiences in the outdoors, there an apparent imbalance.

In this edition of Therm-a-Rest Explore, contributor Jill Sanford talks about her own history of the outdoors and the future of the women in the outdoors. I learned to love the outdoors early in life. Even as a kid, I understood what everyone from world-renowned mountaineers to people playing frisbee in the park knows. In the outdoors, we find the best versions of ourselves. Whether we seek solitude, companionship, challenge, respite—it’s always best when we seek it out there, outside.

My connection to the outdoors started in the Sierra, in beautiful places like Echo Summit near Lake Tahoe, and in the rolling hills of Coloma, California, an international whitewater destination where my parents would let us run wild every summer in the dry heat.

As a child, I was taught to leave only footprints and take only photographs long before I was introduced to Leave No Trace principles. I would trail after my elders, who wouldn’t let me pick the brilliantly orange poppies I loved or to catch the lizards that would slither across my path. I wasn’t allowed to be afraid of spiders and was taught to pick up any trash I saw on the trail. In my family, we had a land ethic that was more important than church.

Most of us who grew up in outdoorsy families, learned how to hike, fish, camp, paddle or ski from our fathers. While I did learn a great deal about character and integrity from my dad, my first teachers in the outdoors were my mother and grandmother, who in turn both learned their love of the outdoors from my great grandmother. I was raised by a long line of nature-loving, bird-watching, long-striding matriarchs. These women cleaned my banged-up knees and pushed me out the backdoor and into the woods, where I would run wild with scrapes still stinging from hydrogen peroxide and their tough love.

Like my female role models, I started hiking mountain trails, swimming in alpine lakes and conservation. When I left home at age 18 and moved from the Sierra Nevada for college, I immediately fell in with an unapologetic, sometimes crass and always inspiring, group of outdoorsy northwest women.

I am one of the lucky ones—I never had any reason to doubt a woman’s place in the outdoors. I had messy hair and wore my brother’s hand me downs, and I wasn’t pressured (much) to act like a lady or play with dolls. Outdoor recreation was something that I knew I had a right to participate in, from an early age through to my young adulthood.

For many women, this wasn’t the case. Women still have to fight for respect in the outdoors, from professional athletes and guides to weekend warriors. In 2017, the outdoor woman was trending. She was the focus REI’s Force of Nature campaign and an entire issue of Outside magazine. She blew up our Instagram feeds and marketing campaigns. She redefined what women expect from our gear, from apparel and from ourselves. She demanded options, broke records, and proved everyone wrong.

Last year, it felt like the rest of the world was finally paying attention to what I knew to be true, what my female backcountry partners embodied with every fiber of their being. Women are capable, strong, and an integral part of our outdoor culture.

This year, however, one thing is clear. The outdoor woman is more than a trend, and she’s so much more than a stereotype. What so many saw as a feel-good marketing campaign is becoming a cultural shift, but this momentum will only drive change if those of us who support equality in the outdoors demand it. We need consistent content and programs that accelerate opportunities for women in the outdoors, not the occasional ad featuring the token female who is supposed to represent all of our diverse interests and experiences.

Because today’s outdoor woman is here to stay, at the crag and on the trails–and she’s defying all traditional expectations about outdoor enthusiasts. She’s a Caucasian redhead like me, but she’s also Black, Latina, Native, Asian and all the other shades and hues on this planet. She looks like a fitness model with broad shoulders, muscular thighs, and a flat belly, and she’s also plus size with shapely curves and a powerful determination, and petite with delicately small hands and limbs that are much stronger than they look.

She’s tired of proving her abilities and that she belongs on the skin track, backcountry trail, or rock face. She’s tired of apparel and gear that doesn’t fit or come in a color she actually likes. And you know else is great about her? She’s the CEO of a ski company, the founder of a climbing festival, the social influencer who educates her followers about public lands policy, the designer advocating for adding a plus size clothing line at her brand. She’s the river guide who teaches clients how to fall in love with nature, the nonprofit project manager who introduces kids to the outdoors. She’s the weekend warrior whose friends get the courage to try something new because of her.

It’s also the year for women to build each other up, to support each other’s goals and dreams. We still have a long way to go. If you are outdoorsy and female identified, give back. Bring a newbie to the outdoors with you on your next camping trip. Volunteer with organizations like SheJumps or Girls on the Run that pave the way for the next generation—you’ll be surprised at how much leading others builds your own confidence in the outdoors.

Men shouldn’t shy away from the cause, either. Our male partners, friends, and fathers can be the greatest allies in helping women feel welcome and capable in the outdoors. If a woman wants to learn from you, help her but give her the space to try it out for herself and make her own mistakes. There’s an unspoken mentality that a lot of accomplished outdoorsmen (and some women!) can act in an intimidating or exclusive manner toward people they consider less qualified in the outdoors. Do yourself a favor and check that ego at the door. Seek out stories and perspectives from outdoor women. Simple conversations have a way of causing you to see things from a new angle.

2018 is opening up more opportunities than ever before for women in the world of outdoor recreation and beyond. The future is bright, and these building blocks of equality are shaping a challenging but rewarding trail for the outdoorswoman of tomorrow. 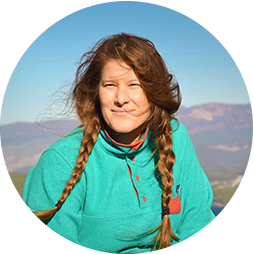 Jill is a Tahoe based outdoor and travel journalist with roots in the Sierra Nevadas. 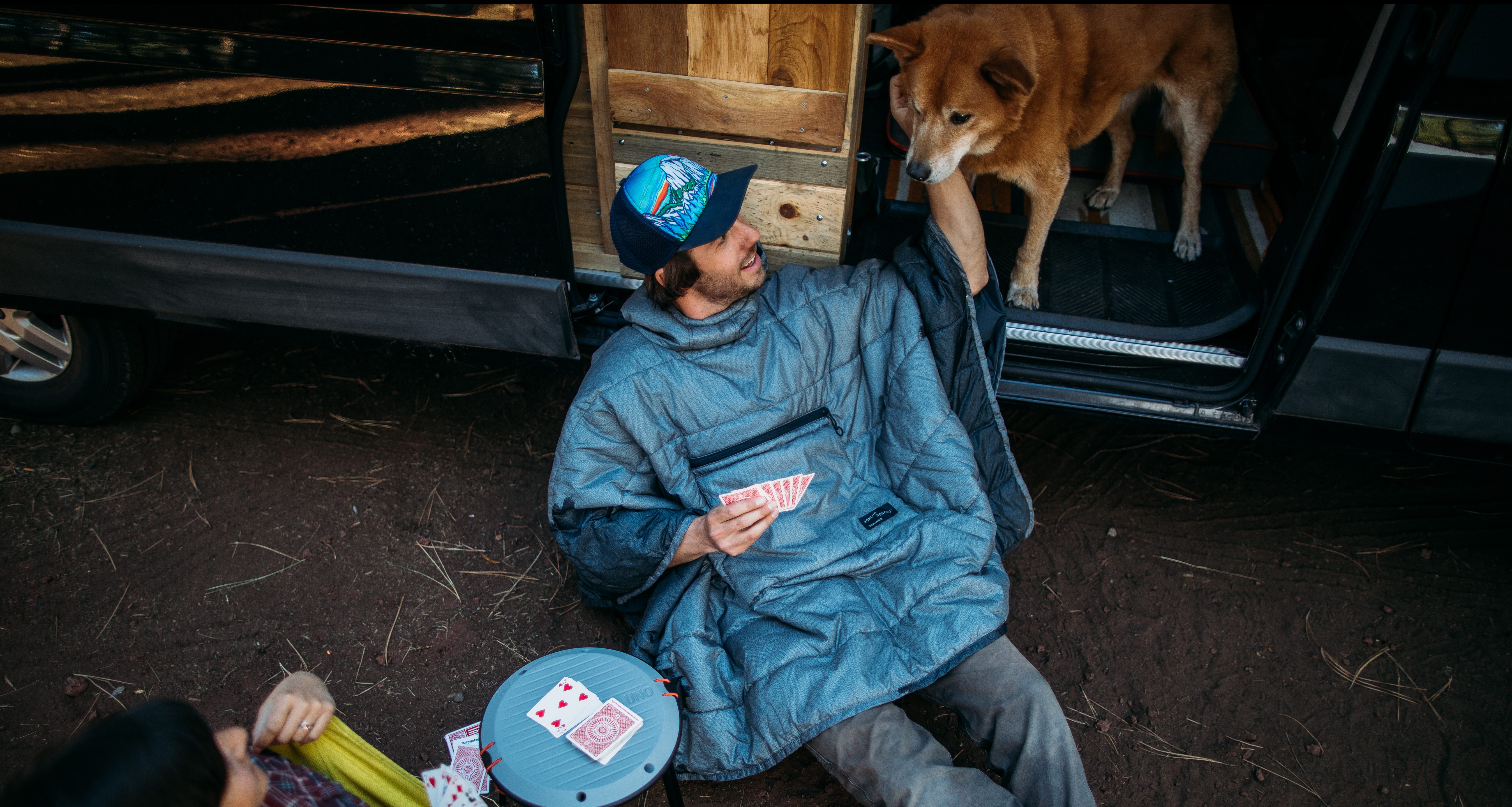 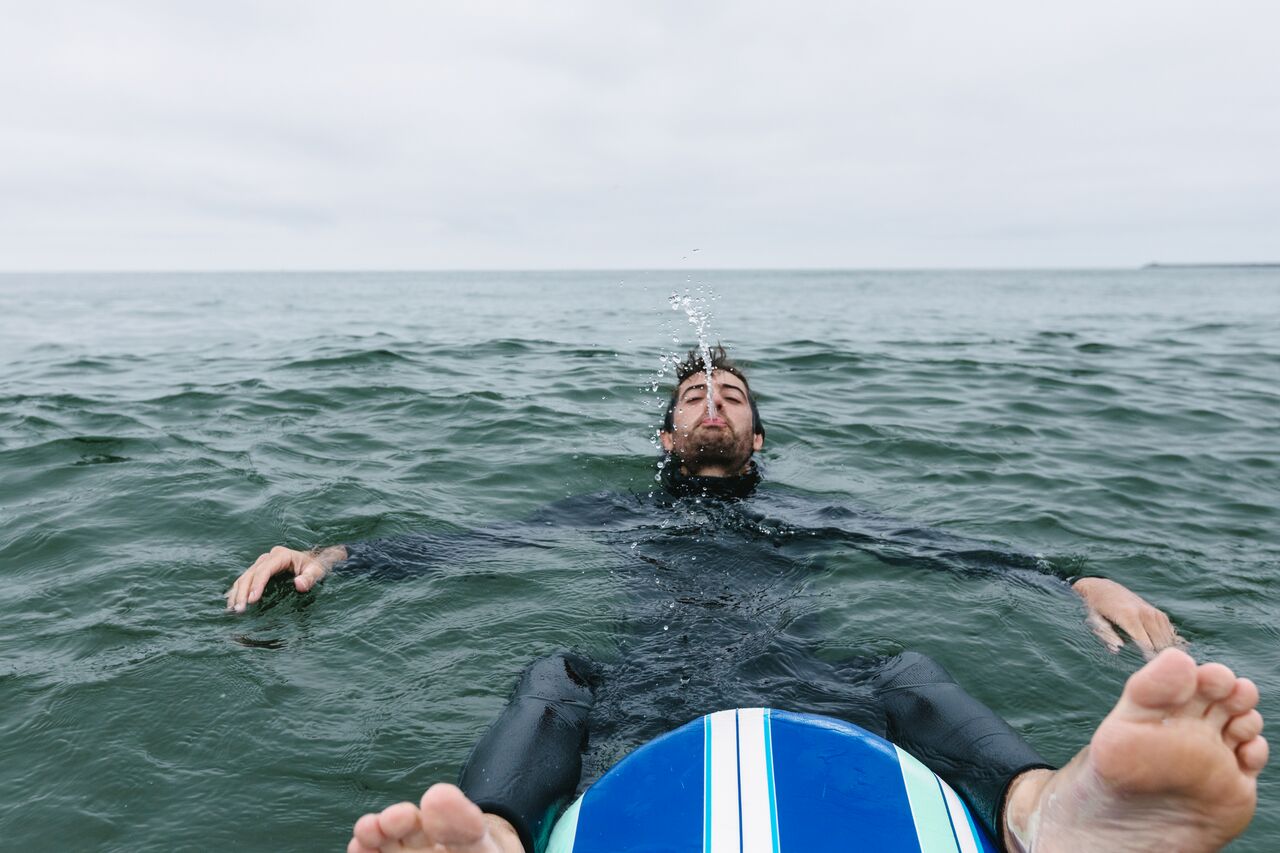 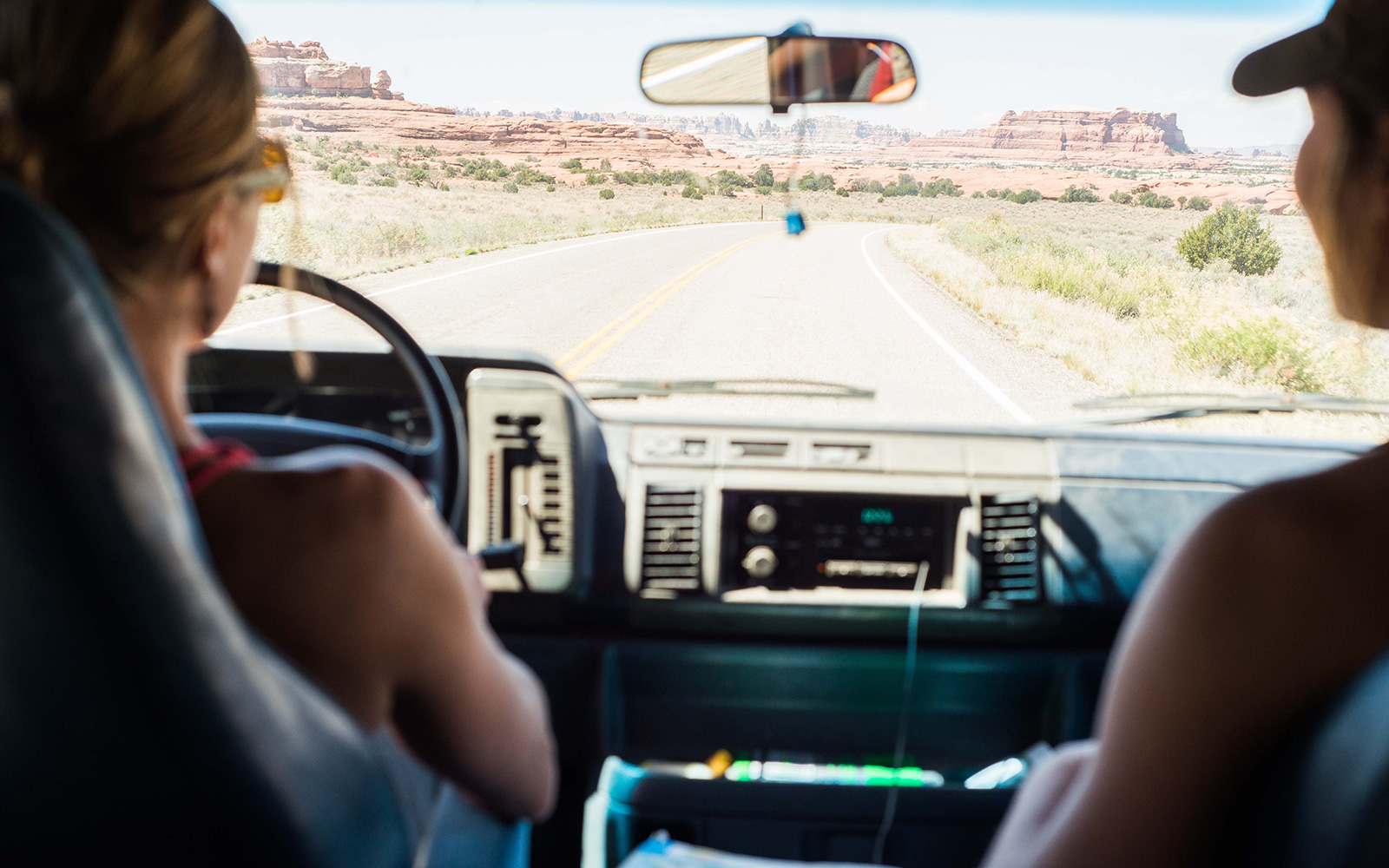 Packing Fast for a Weekend Adventure

Packing Fast for a Weekend Adventure 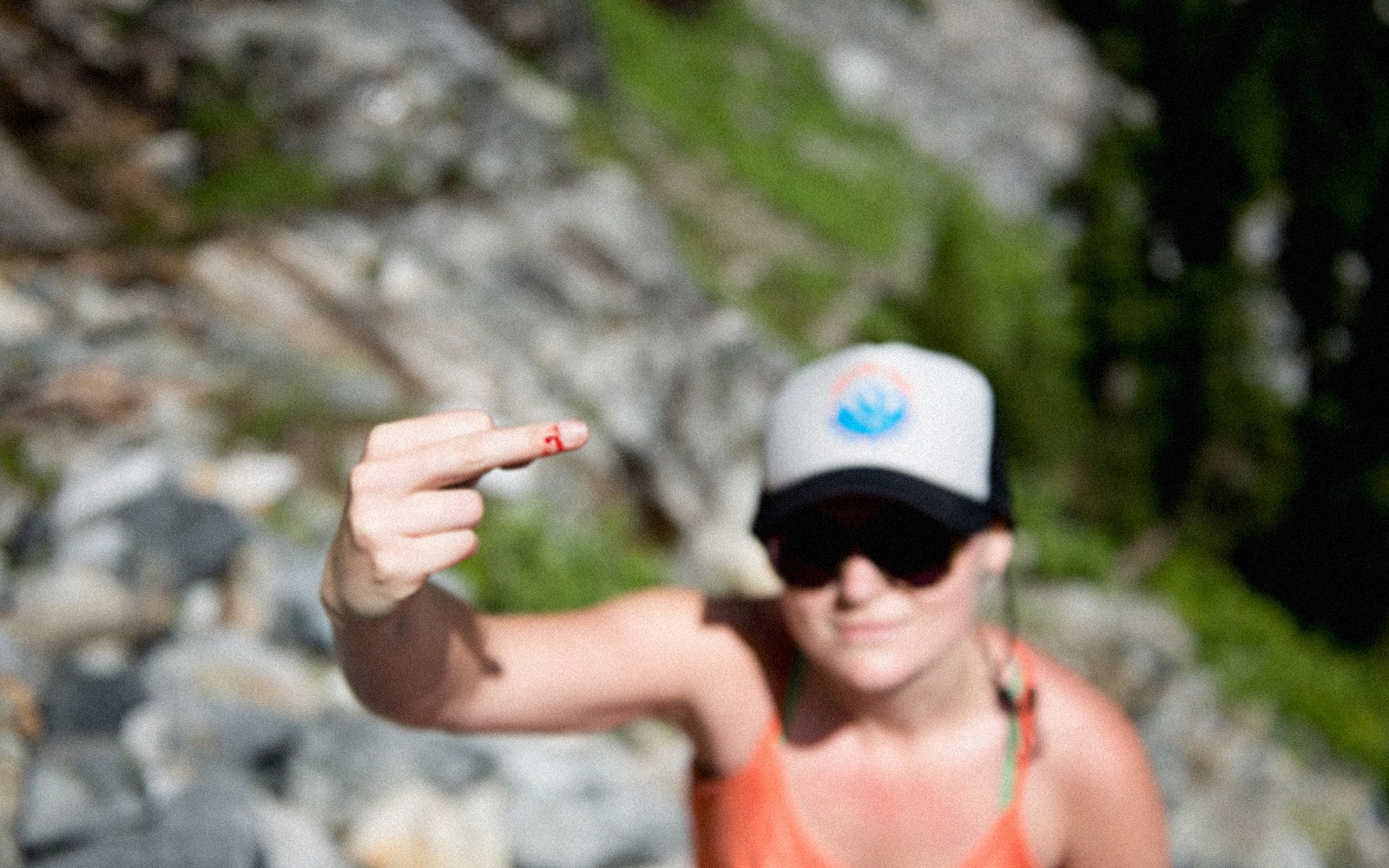 A Day of Firsts: An Ode to Being Bold and Pocket-Sized Adventures