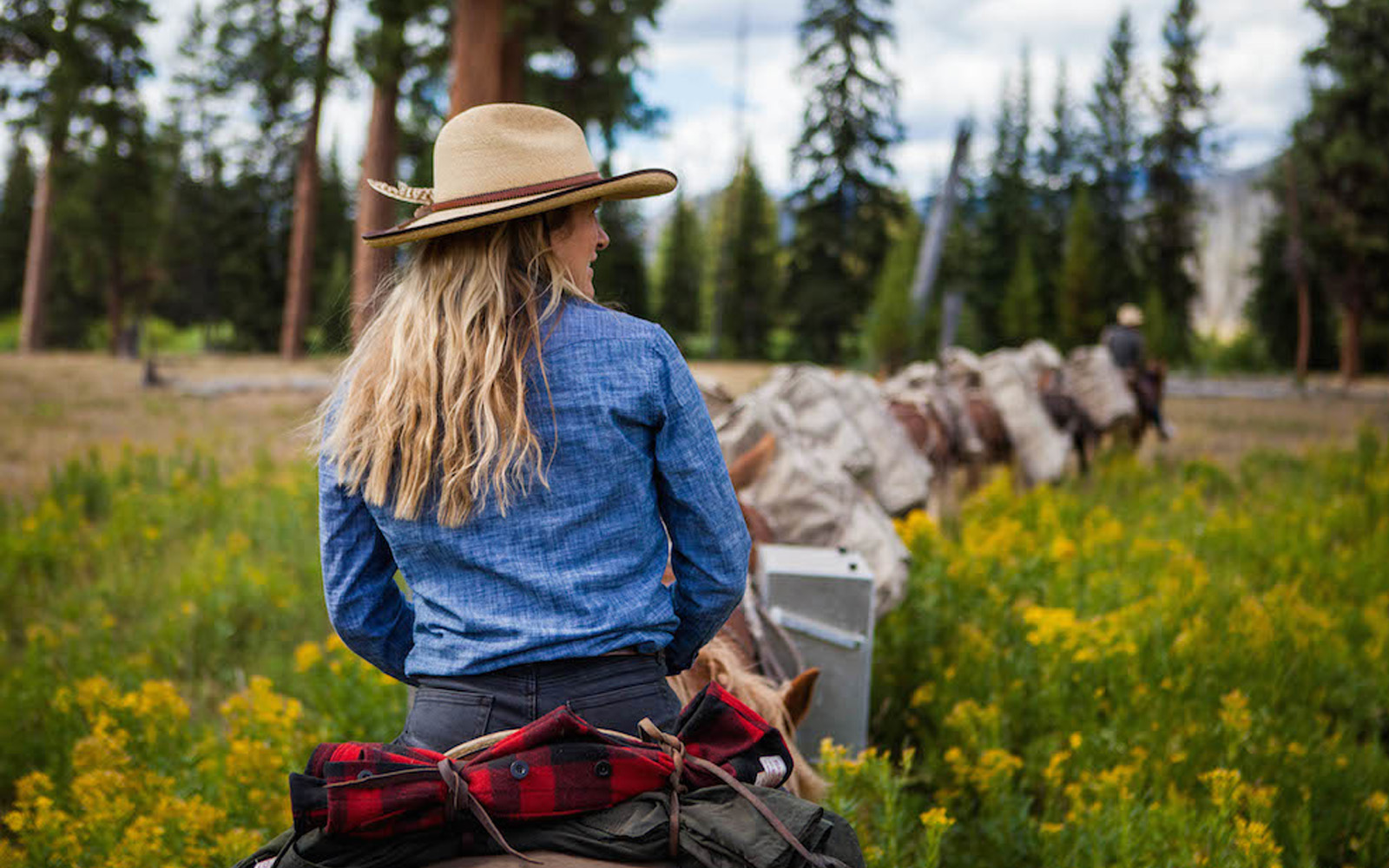 I watched the water droplets drip from the brim of my wool hat and knew that it was going to be a long day in the saddle. We were at the edge of the Bob Marshall Wilderness, preparing to take a pack mule trip 40 miles into the woods for the next week. Chris and Brit were prepping the manties, the canvas-wrapped boxes of gear, for the mules tied to the hitching posts. They had already been in the rain for hours before Jillian and I had even taken a sip of our coffee. The idea of mule packing had always sounded romantic to me but as I stood hiding from the rain under the trailer, the foggy romance of it dissipated. It was strenuous work and Chris and Brit do it for fun. I was impressed with their toughness.

My horse, Magnum, stopped to chomp the grass alongside the trail but went especially out of his way to bite the florescent flowers of the Russian Thistles, despite my yanking on the reigns. Every time he bent down to graze, the 9 mule-long-string in front of us would get further ahead, and Mags would trot to catch up, jostling me in the saddle and making me believe I probably wouldn’t be able to walk when I eventually stepped down from the stirrups. We wound our way in and out of the most magnificent fields of fireweed for 21 miles before we came upon the little cabin we were sleeping in that night. I learned the routine that we would be repeating for the next 7 days: tie up the string of mules, unsaddle the horses, put the horses in the corral, unload the manties, put bells on the mules, unwrap the manties, make dinner and then collapse in bed. After the second long day, we arrived in Big Prairie, the furthest point in the lower 48 from a paved road (or so I was told). I eyed the river as we passed, knowing that it was going to be three full days of some of the best fishing of my life. Jillian and I set up our big tipi-like tent and I grabbed my fly rod, running down to the river, not even bothering to take off my cowboy boots. The sun started to slip behind the mountains as I felt a tug on the line. A gorgeous cutthroat trout had taken the fly, and I brought it to hand to remove the hook. The next three days at basecamp were a blur of fishing and shooting photos. I came into the trip with a solid fear of mules driven from an experience a few years back when I was bucked off into a pile of sagebrush after the mule spooked. But Chris has chosen each animal because of their personality and when my favorite mule, Ninety, wandered into the kitchen wanting to have her forehead scratched, it made me want to forgive the species as a whole for even doubting them in the first place. A full moon rose from behind the trees on our last night in basecamp and we stayed up late talking and laughing. The two-day return to civilization involved long, dusty and hot hours on the trail. We curved through burned forests that made a wailing sound when the wind blew, and wished for shade when we rode through exposed hillsides. Golden beams pressed through the trees as we lowered in elevation and as we rounded the final corner to the trailer, we calculated we had gone a total of 80 miles in our 4 days of riding during the week long trip. When we had packed up everything into the trailer, we started the long haul back to Missoula. Exhausted, I laid down in the back seat and closed my eyes, thinking about throwing my fishing line into the South Fork of the Flathead all over again.

Becca Skinner is a photographer and writer based in Bozeman, MT and Happy, her truck. 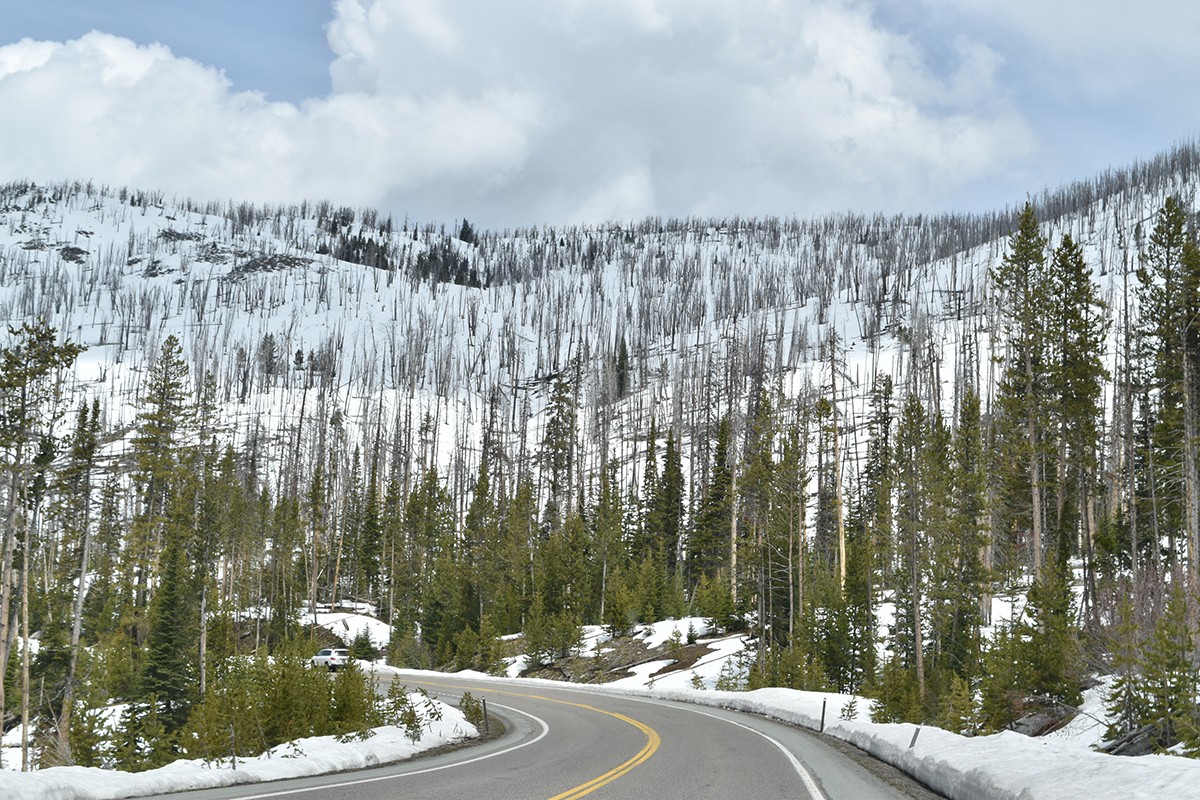