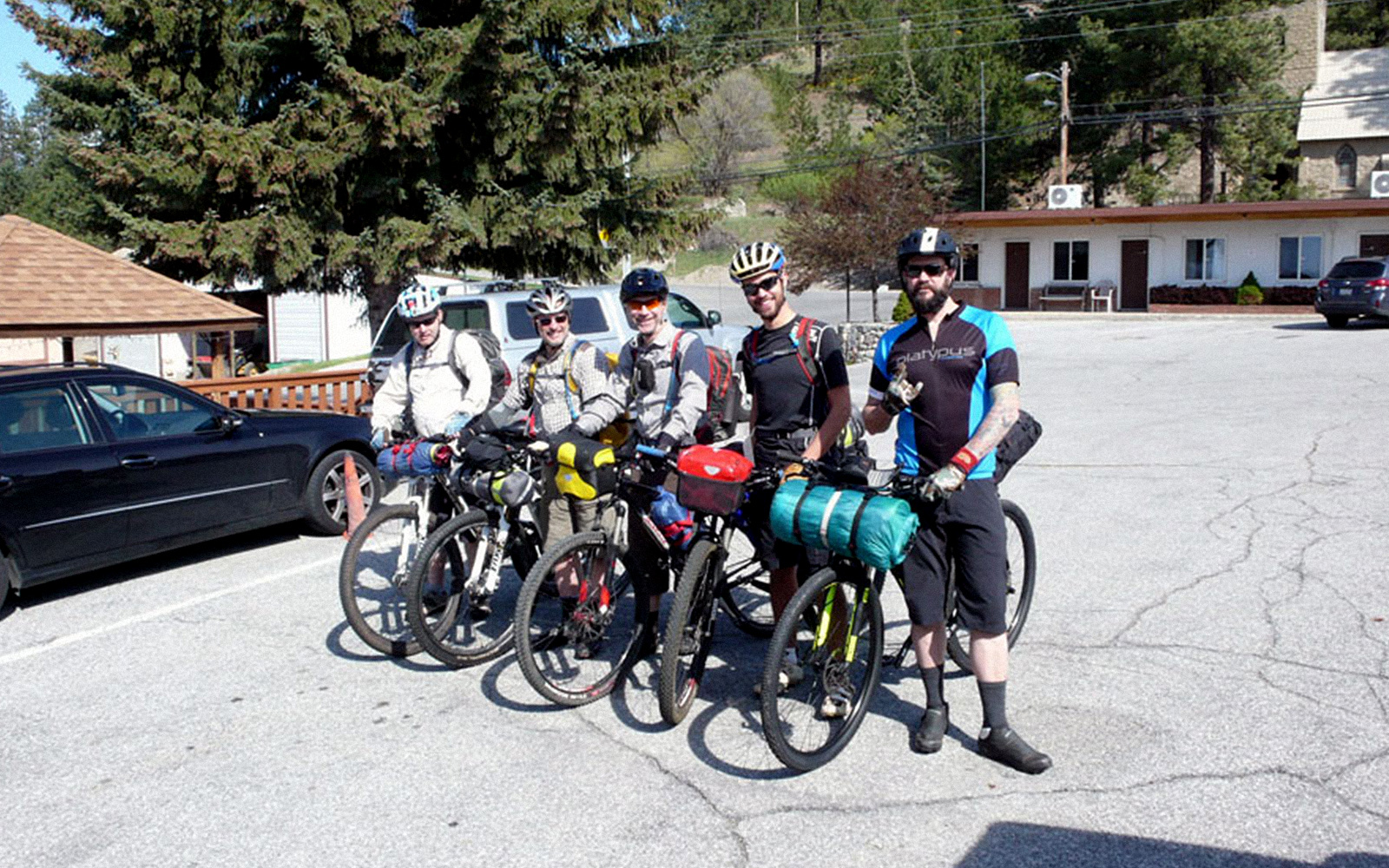 Earlier this May, I was one of five Therm-a-Rest employees on a three day bikepacking trip in north-central Washington & southern British Columbia. Bikepacking, or loaded mountain bike touring, is a great way to explore the backroads and trails of the Northwest because you can cover much more ground on a bike than you can on foot. We had seen some rudimentary trip reports on the area from mountain bikers and motorcycle tourists on various blogs, and decided we needed to go check it out for ourselves.
The starting point for the trip was the town of Republic, Washington, about six hours northeast of Seattle. While we intentionally left our route and timeline a bit open ended, the basic plan was as follows:
Day 1 we would ride north along Curlew Lake on a rails-to-trails bike path into Canada, headed towards a shelter in the hills above the town of Grand Forks, BC. Day 2 we would drop back down into the US through a combination of double track and paved back roads, and end up at the Deer Creek Forest Campground above the town of Orient, WA. Day 3 would be the big one. We would ride the Kettle Crest Trail – 30 miles of prime singletrack. Then, depending on how we were feeling, Day 4 would be either another day of singletrack or a quick ride on the road back to Republic. With this somewhat vague plan we rolled out of Seattle after lunch on a Friday and started the drive east. As would be expected, there were a couple hiccups along the way but hey, that only adds to the adventure.

After a long drive we checked into the Klondike Motel in Republic, and headed over to Republic Brewing Co. next door, for some beer, pizza, and route planning. With comfy couches,  live music and plenty of delicious beer, it was the perfect place to relax before setting off on our ride. Day one turned out to be a bit slow, with a trail surface of deep sand and gravel, rather than pavement or dirt as we expected. This bridge was a great place for a rest and a snack.

The first night was spent at a shelter on the Trans-Canada trail, built in 1901. We shared the shelter with a young guy from Germany named Carsten who was taking time off after graduating college to ride the entire trail from BC to Newfoundland.

After a hot cup of coffee and some oatmeal, we had a chilly seven-mile descent back down the trail for a second breakfast in Grand Forks, BC.

After about 40 miles on a beautiful back road, we pedaled into the town of Orient to load up on food. This little guy was sitting on the front porch of the store. The locals just called him “Orient dog,” and he managed to sweet-talk Randall out of one of his string cheeses. Once we had filled up on hot wings, burgers, chicken strips, and PBR tallboys, we started the climb up Boulder Creek road. This proved to be much more of a climb than we were expecting (the greasy food and beers didn’t help), and we learned to take Terry’s mileage estimates with a grain of salt. We rolled into camp 12 miles and 3200 ft of elevation gain later, just as the sun set. The objective: 30 miles of primo singletrack. The snow at the trailhead probably should have been a warning sign.

Sunny skies, cool temps, and smooth trails made for a perfect morning in the saddle. Unfortunately, after a few miles the fast smooth trail made a turn for the worse. We had pushed our way through a few significant snow patches, but we were supposed to continue to climb another few thousand feet and knew we’d see even more snow, so we pulled out the maps and decided to take a detour down some double track and forest service roads instead. While we were all bummed not to finish the trail, we got some excellent info for next time. \
Linking up a few forest service roads, we dropped all the way back down into the town of Curlew, WA. After some chili dogs at the Tugboat drive thru, we pedaled over to the saloon for some shade. This place had some character – their “top shelf” beer was Rainier, which was fine with us – and the cougars were on the prowl. We ended our trip at Curlew Lake State park after around 120 miles in the saddle. Not bad for a bunch of bikepacking newbies like us. The long weekend was filled with great company and amazing terrain, and we all agreed we’d be back. Stay tuned for round two… 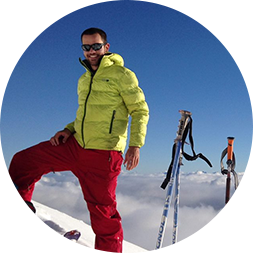 Whether it’s riding his mountain bike, backcountry skiing, surfing, or drinking good beer, Kyle spends most of his free time enjoying life outside in the Pacific Northwest. 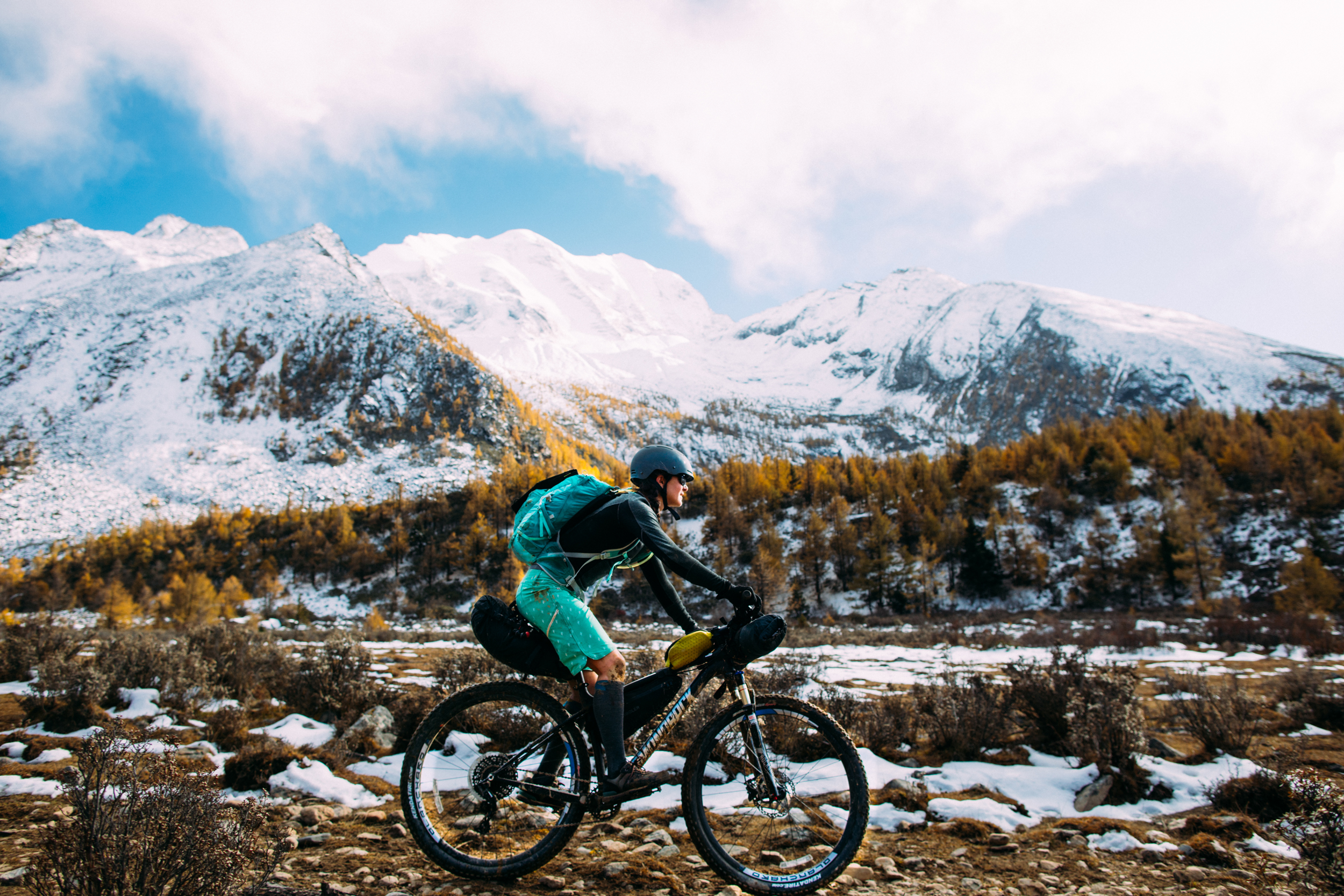 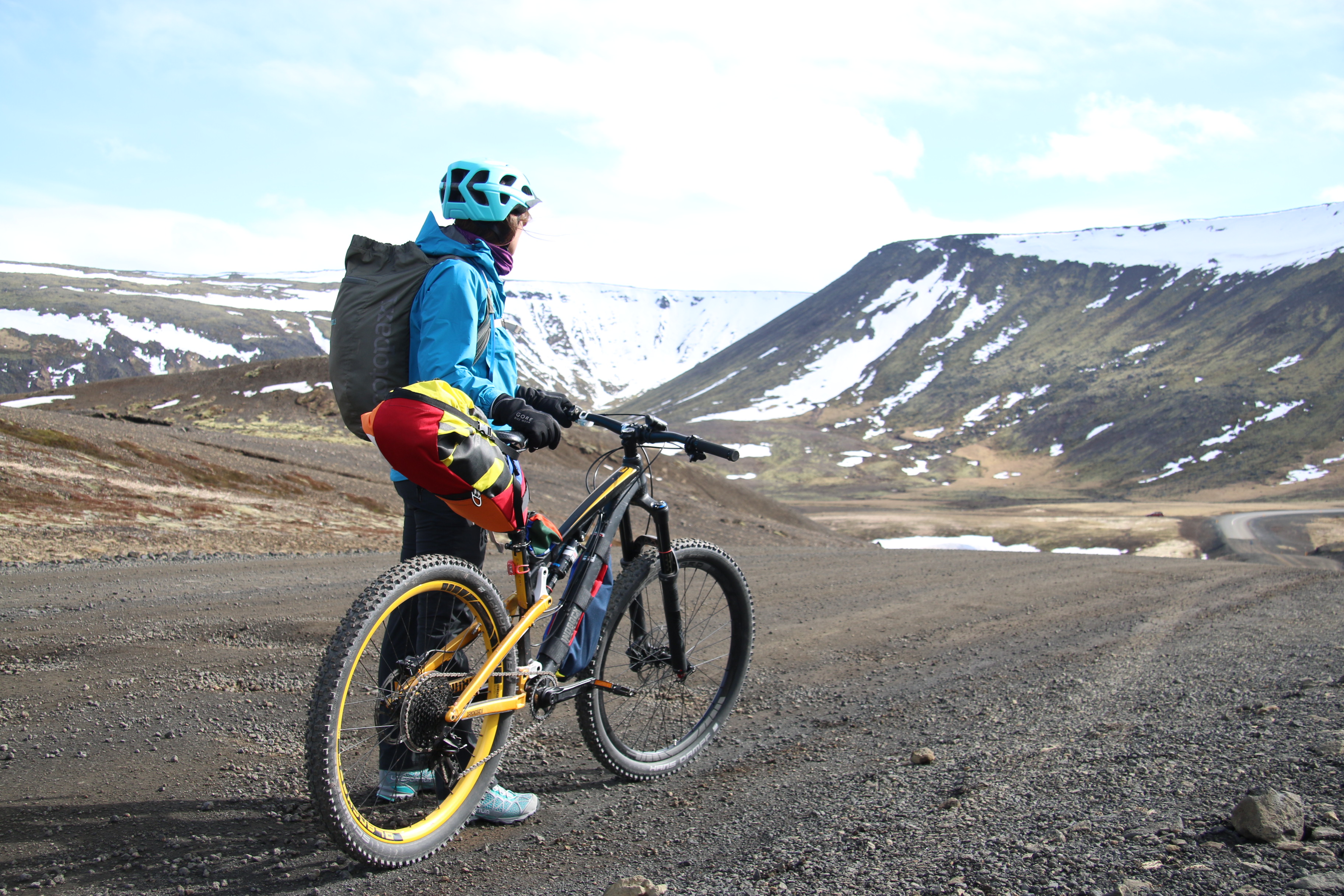 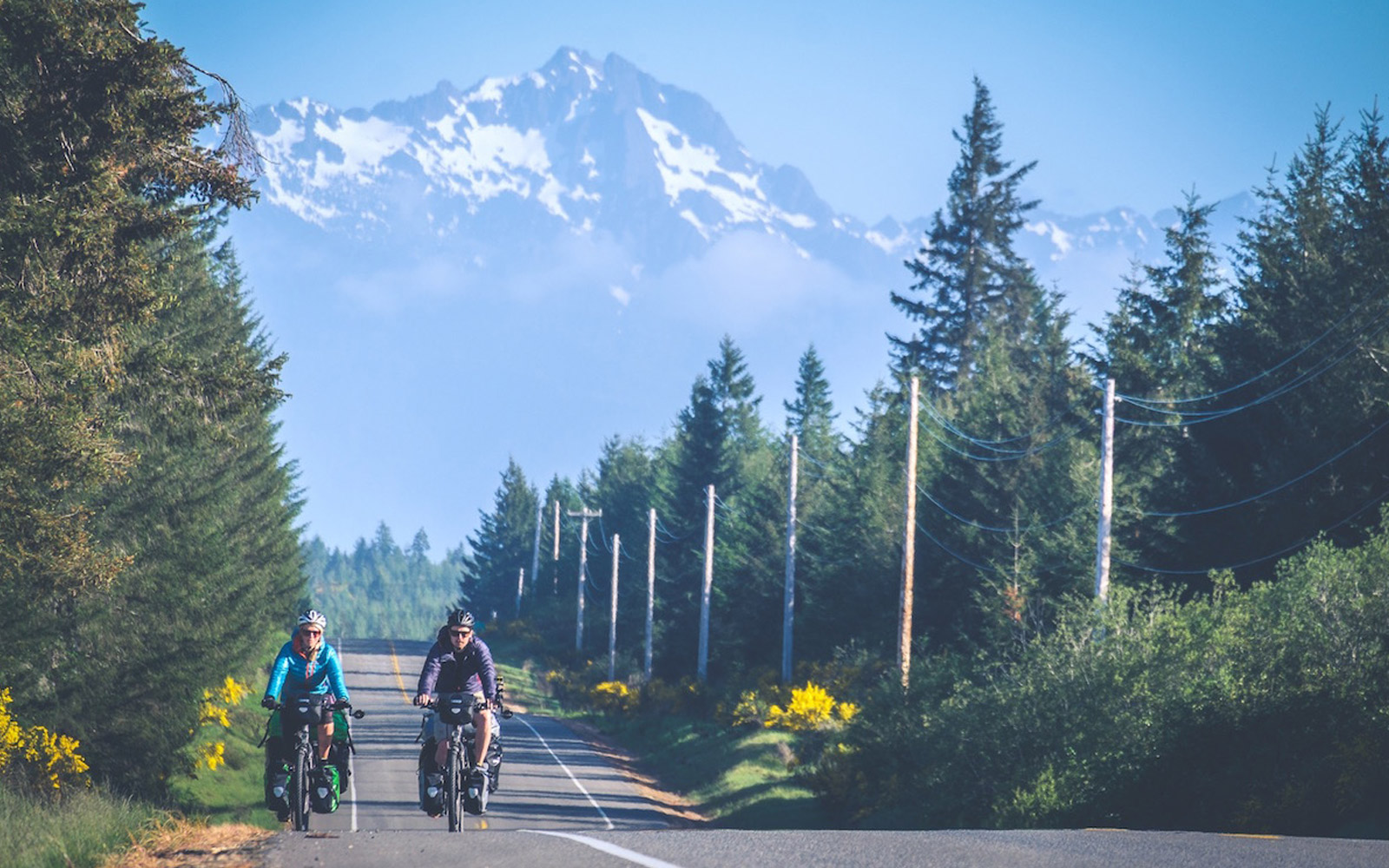