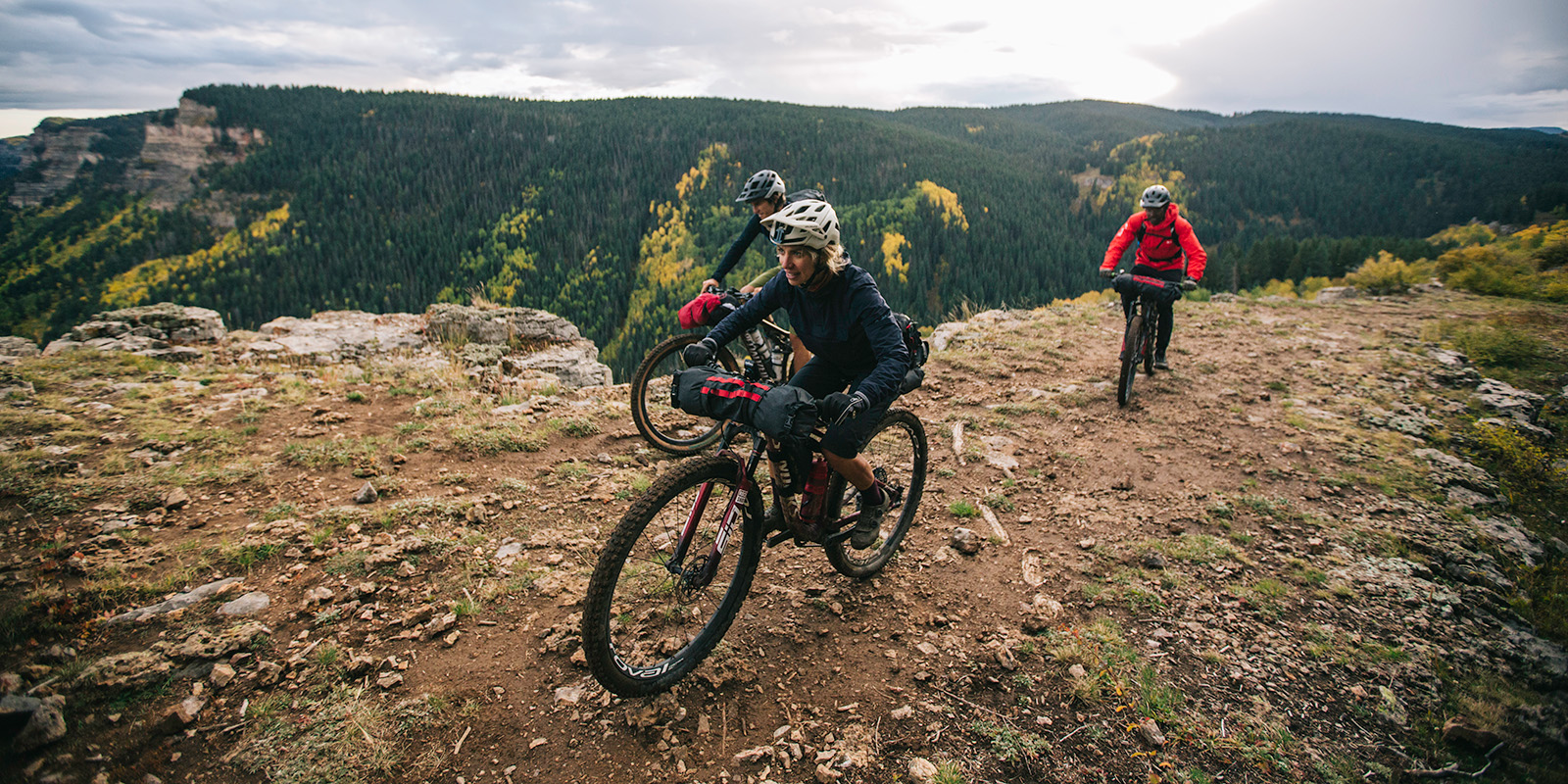 I love bikepacking for the simplicity, adventure, and childlike joy that it offers—but this trip was different. Our goal wasn’t to crush a route with a lot of miles. It wasn’t to connect scenic and remote places on a map. It wasn’t to ride gnarly terrain or set an FKT (Fastest Known Time). Rather, our intention was to bikepack through a mix of burn zones and beetle kill areas—often on popular, mellow, and easy to access trails—all within striking distance of downtown Durango, Colorado. We wanted to gain a better understanding of what climate change was doing to trails in southwest Colorado and to shoot a film about what is coming for the rest of the western US. 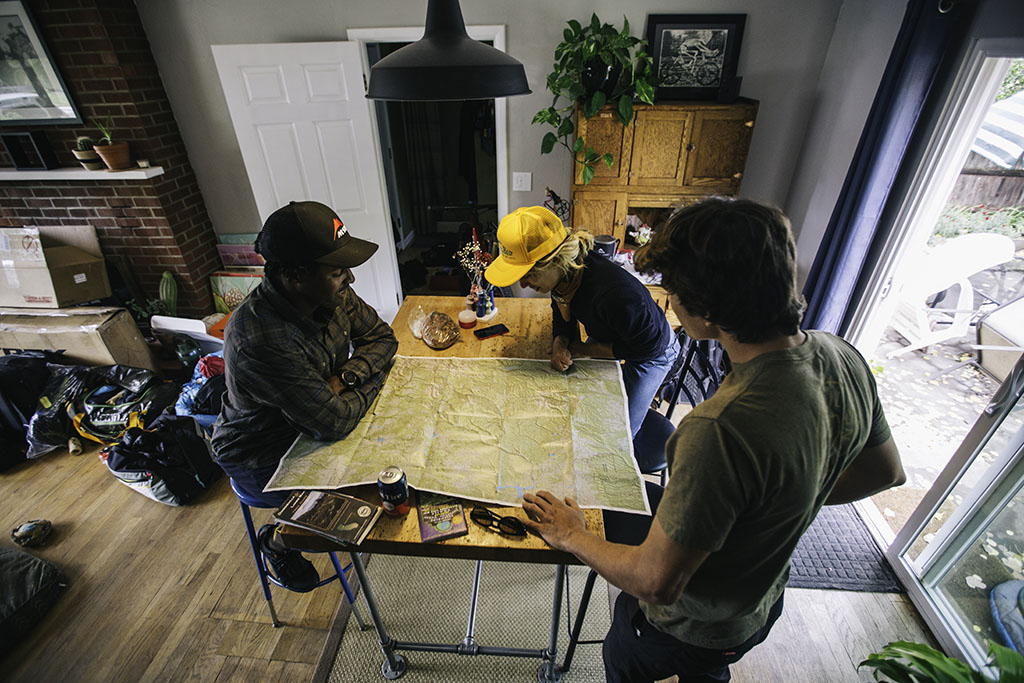 When I arrived in Durango last September, the streets were quiet. Real quiet. Like many mountain towns in the west, the city is scarce on nightlife. Restaurants and bars were closed, sidewalks were empty, and even street intersections were desolate. As one of Colorado’s outdoor recreation meccas, all the fun in Durango happens during the day.  Especially on the massive trail network that surrounds the small metro area. I made my way across town to Sarah’s house, not knowing what to expect from the next few days. 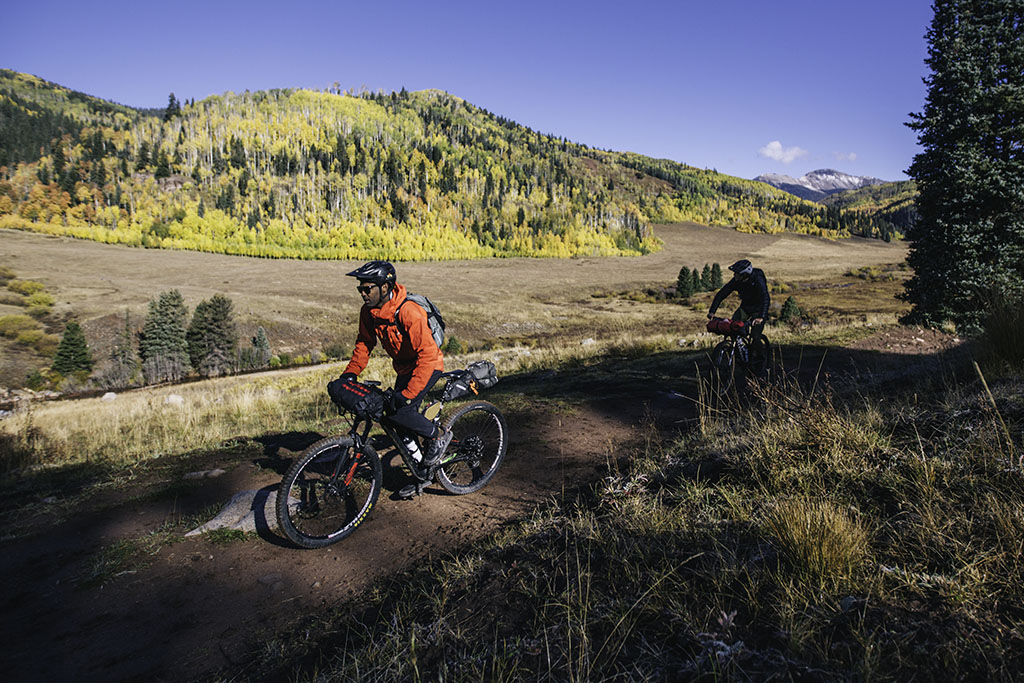 For context, this was far from my first bikepacking foray. In the last few years, I’ve bikepacked near home in Jackson, Wyoming, around the Sawtooth Mountains in Idaho, in the Sierra, various places in southwest Utah, Death Valley, the Olympic Peninsula, and parts of British Columbia. I also did a three-week trip that covered much of California and Oregon. Suffice to say, I enjoy living on and off a bicycle, pedaling my way across different landscapes, and meeting people along the way. It’s one of my favorite ways to travel. 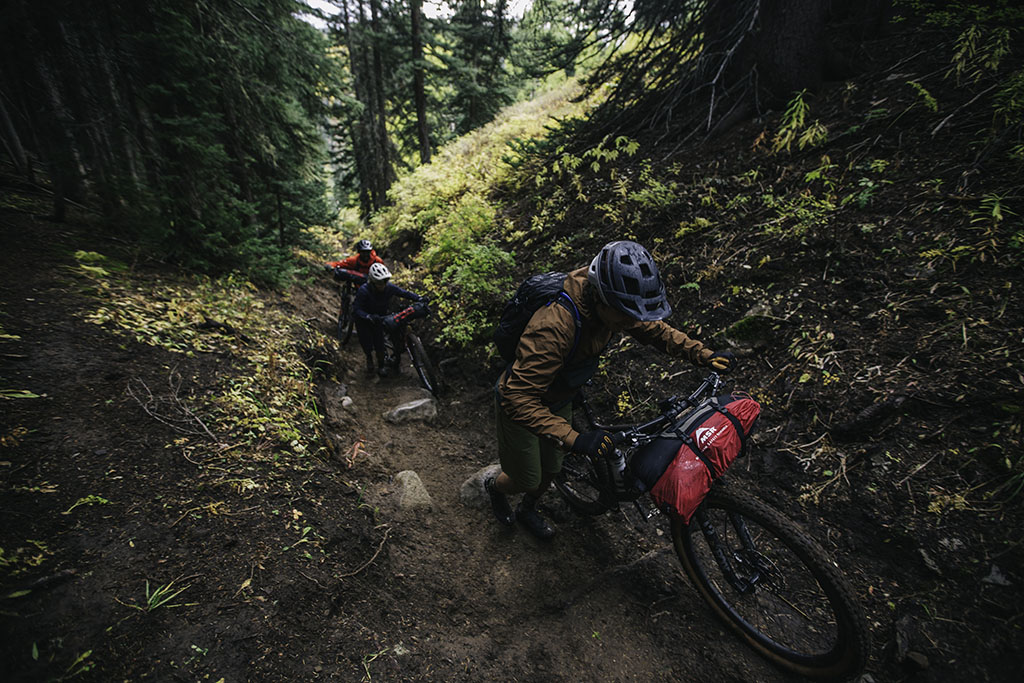 Sure, I was excited to ride new trails, but I was keen to listen, learn, photograph and film. Admittedly, I didn’t know much about pine beetles before I met Dillon about a year earlier. He taught me about the impacts pine beetles have on ecosystems from the Cascades to the Greater Yellowstone area and down to Colorado. We chose Durango because it was Sarah’s home, and it was already heavily impacted by beetles and forest fires. It seemed a prime location to document beetle kill, big burns, the risk to residential areas, and the damage it caused to trail systems. 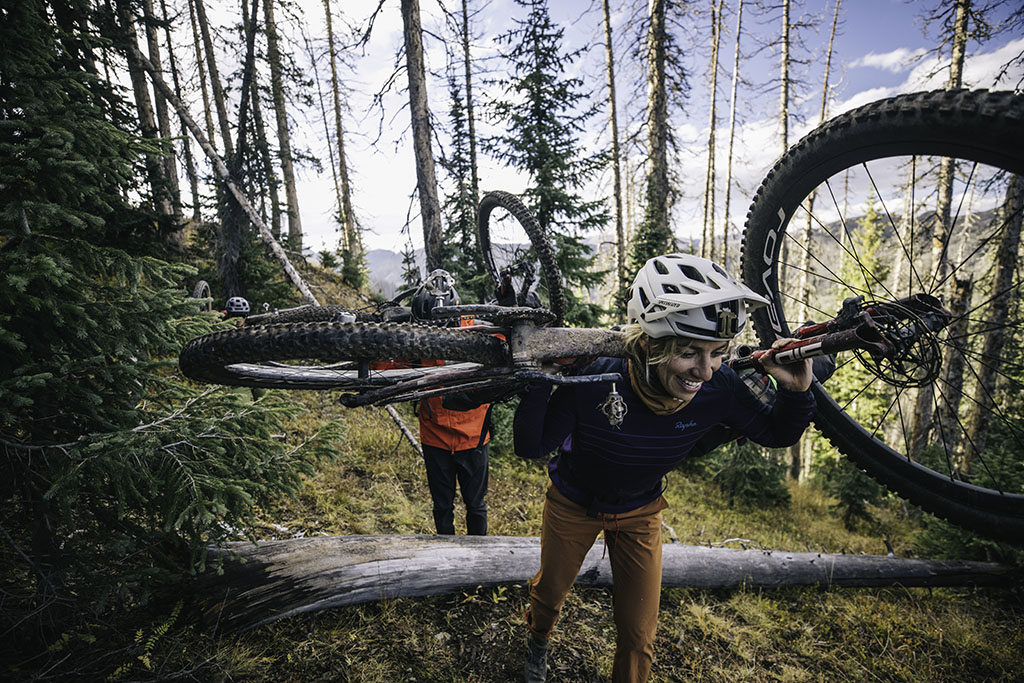 I was joined on the trip by four friends: Dillon Osleger, a climate scientist and professional mountain biker; Sarah Sturm, a Durango local and pro off-road bike racer; Evan Green, a geologist, photographer, and bike fanatic; and Adam Wells, a close friend and talented videographer. 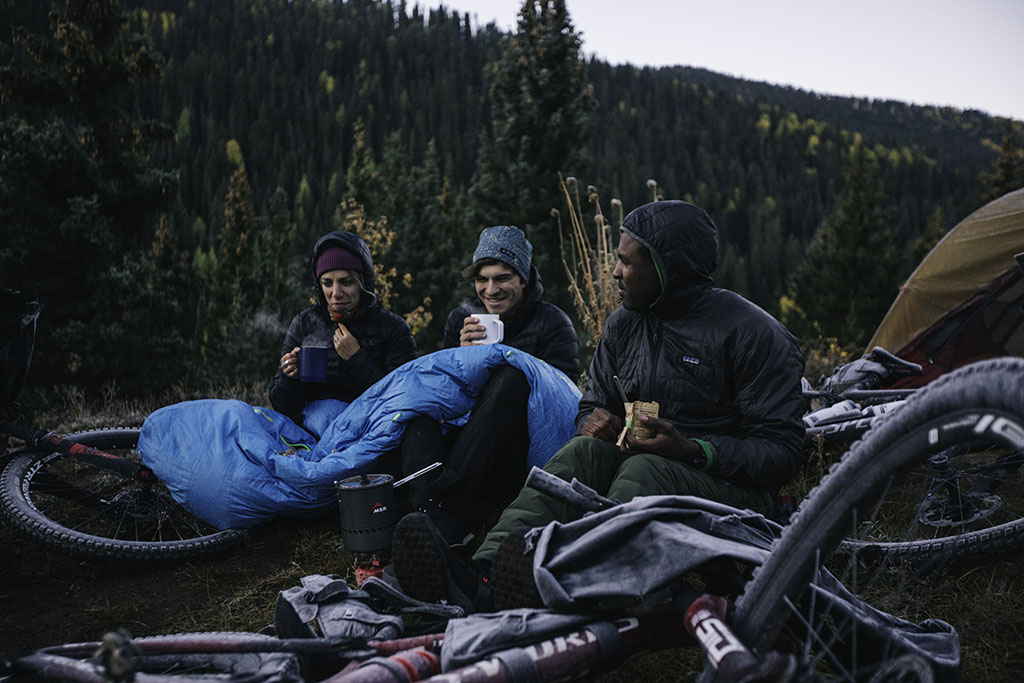 The trip started in a coffee shop where reviewed maps of our route, talked through a gear shakedown, discussed groceries, and got to know each other a little. The group was a spider web of connections, so to speak. We had met at races, or on social media, or on video calls, before we came together for this project. But we had never adventured together, let alone made a film together. Still, it quickly felt cohesive; united by our mission of connecting bikes with beetles and climate change. 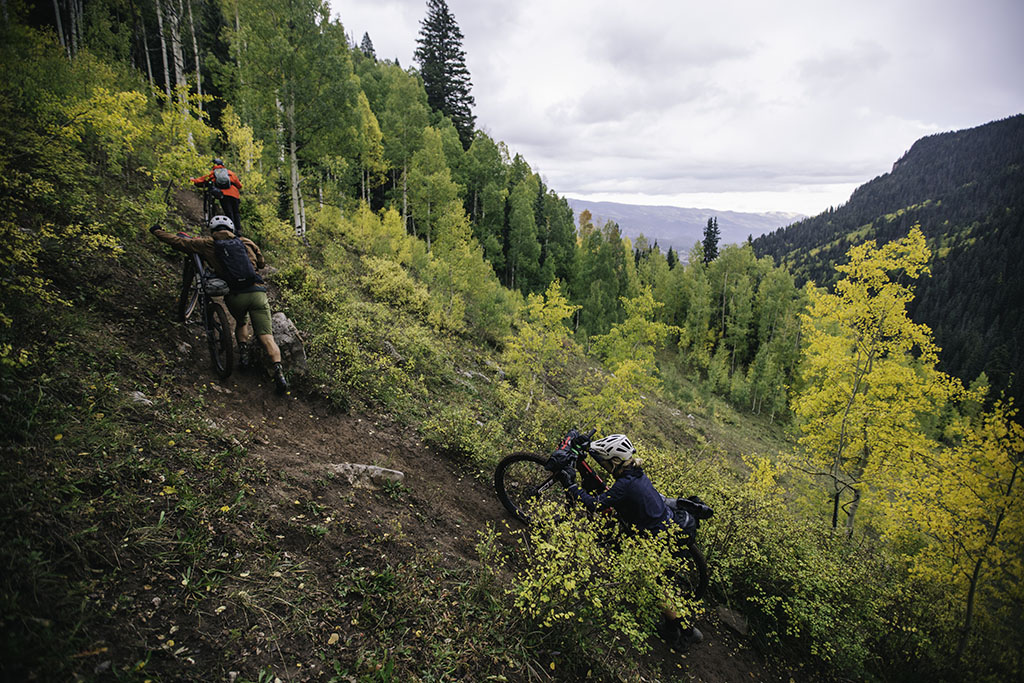 To make the film possible, we were fortunate to get support from a handful of brands. These brands (and the people behind them) aligned with our cause and saw the risks that climate change poses to the environment, and in turn, outdoor recreation. In fact, not only do they care, but they put their money where their mouth is. Sarah, Dillon, and I all ride for Specialized, so they jumped on quickly. As did CamelBak and Fat Tire. Not long after, both MSR and Therm-a-Rest stepped up, supporting us too. 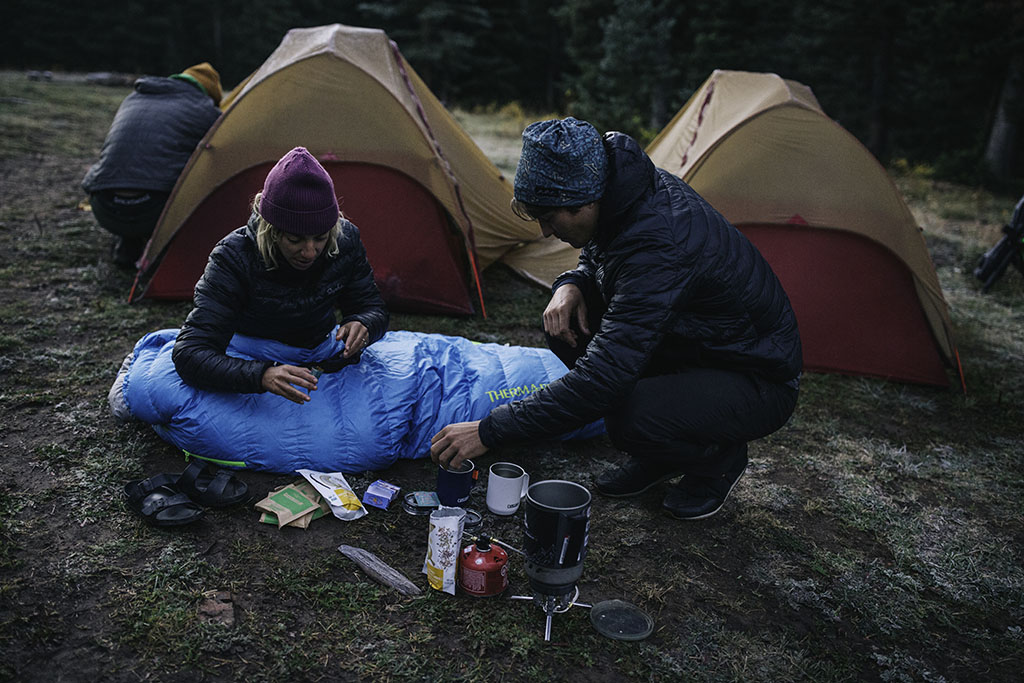 A month later we won a major grant from Protect Our Winters (POW), a non-profit dedicated to advocating, educating, and lobbying for better climate policy and collective action. With all of this support, we had a large microphone and were motivated to tell a compelling story. That afternoon, while packing our gear in Sarah’s front yard, I remember a distinct balance of lighthearted laughter and thoughtful silence. Frankly, it’s hard to not feel a little “doom and gloom” when discussing the impacts of climate change, but simultaneously I know it’s necessary to stay optimistic to solve the problem in front of us. Plus, I often remind myself, that it’s just damn fun to ride bikes.

For the next three days, we rode trails near Durango, like Hermosa and Haflin Creek, which pass through the 416 Wildfire area. Almost immediately we saw how a large burn or beetle kill area changes the experience of riding a mountain bike. Downed trees and massive scars were just the start. Some trails were completely erased off the map, and will need extensive restoration work. I’ll let the film do most of the talking here—you’ll see how vast and desolate these areas are—but suffice to say we gained a much broader perspective of the devastating potential of beetle kill, and worked hard to convey much of it in this film. 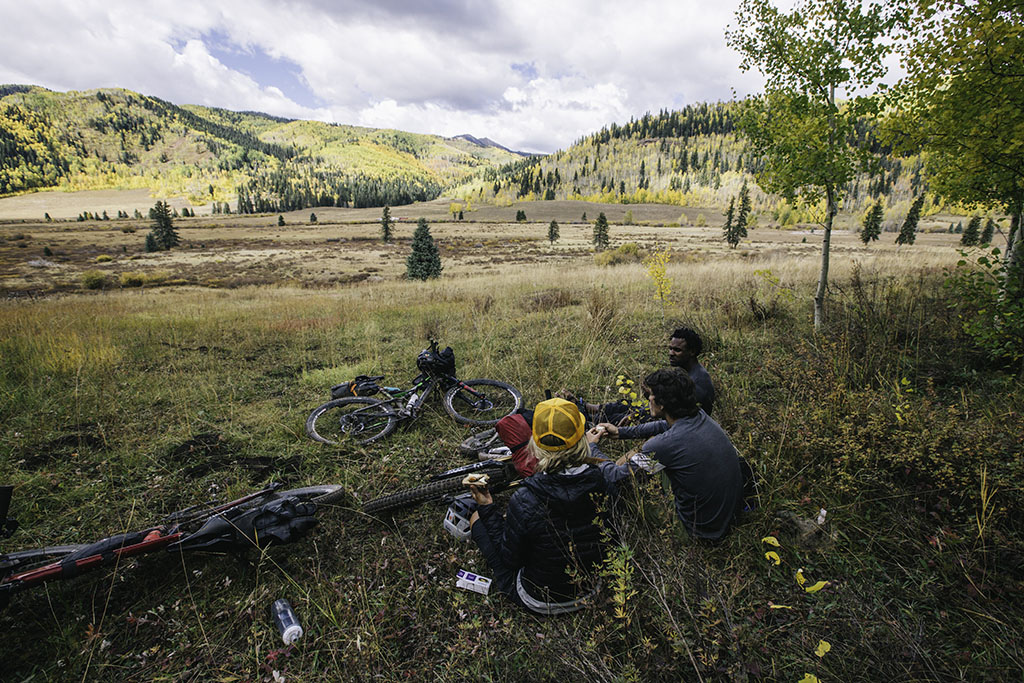 Our main takeaway is an idea called Usufruct. It’s an ancient word, that essentially means that while we all have a right to enjoy and live off the land, we also all need to help not destroy the substance of it. For bikers and trail users of all kinds, usufruct is about observing and caring for the places we love, so that we may hand them down to future generations to enjoy.

And so, without further ado, we present, Usufruct: 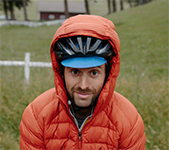 As the son of two park rangers, Andy built a lot of forts as a kid. He went on to get an MBA and work at software giant Autodesk, then hit a mid-twenties-life crisis that led to five years of living in his Toyota Tacoma. He now resides in Jackson, WY, with his dog Bea and works as a freelance producer, writer and photographer. 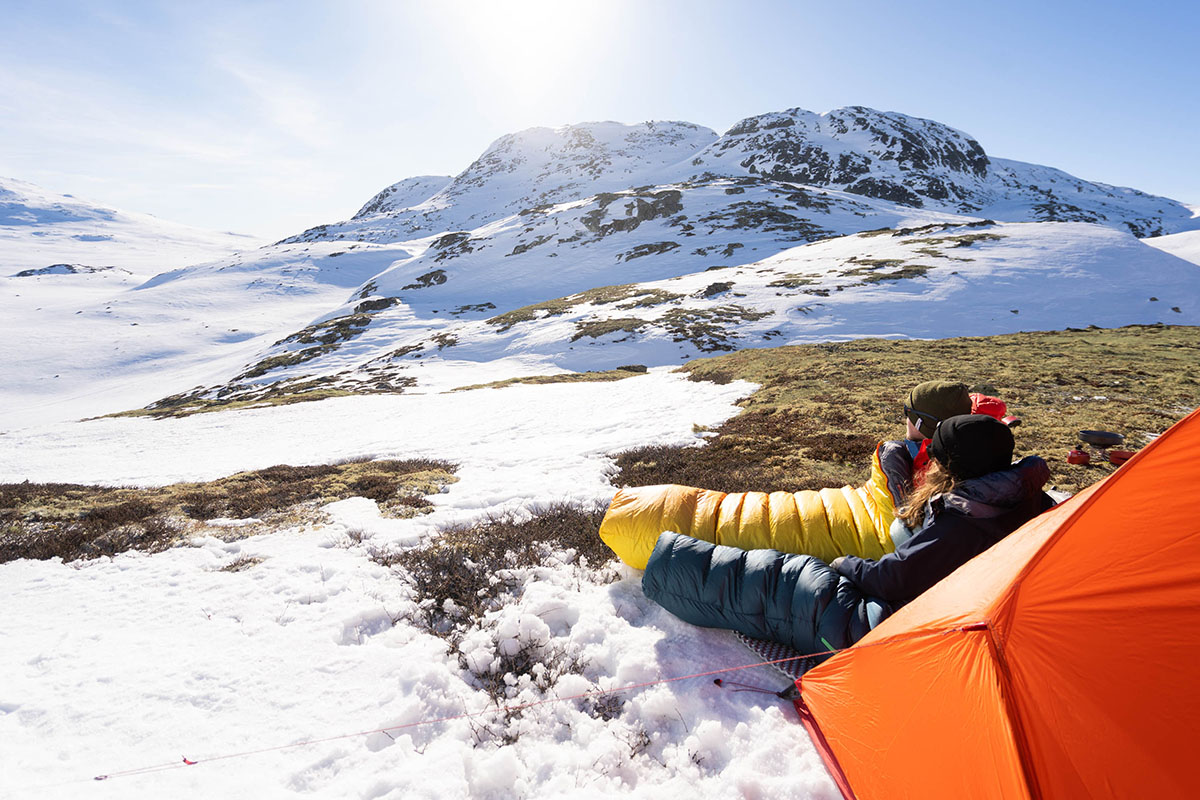 How to Live an Eco-Friendly Outdoor Lifestyle 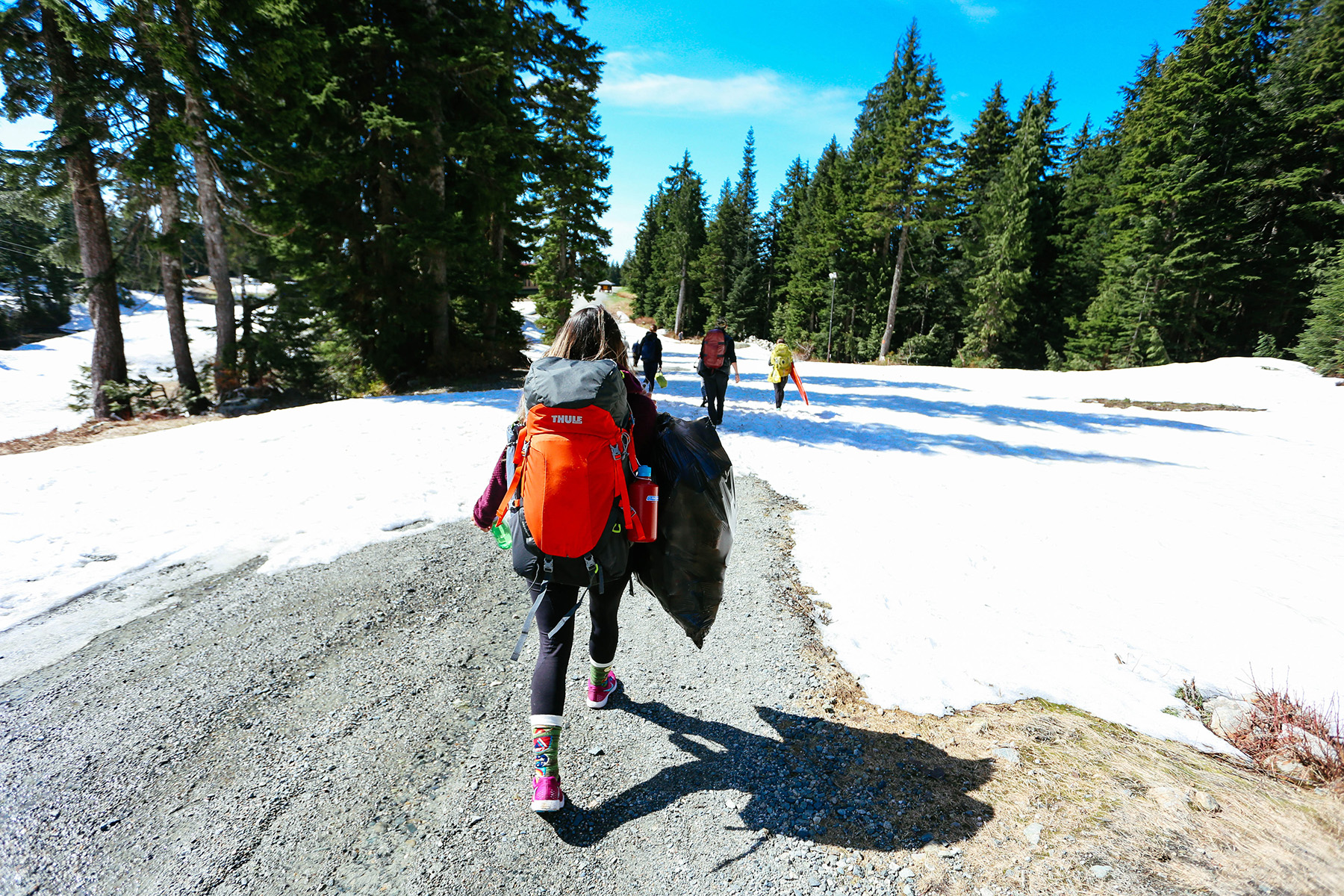 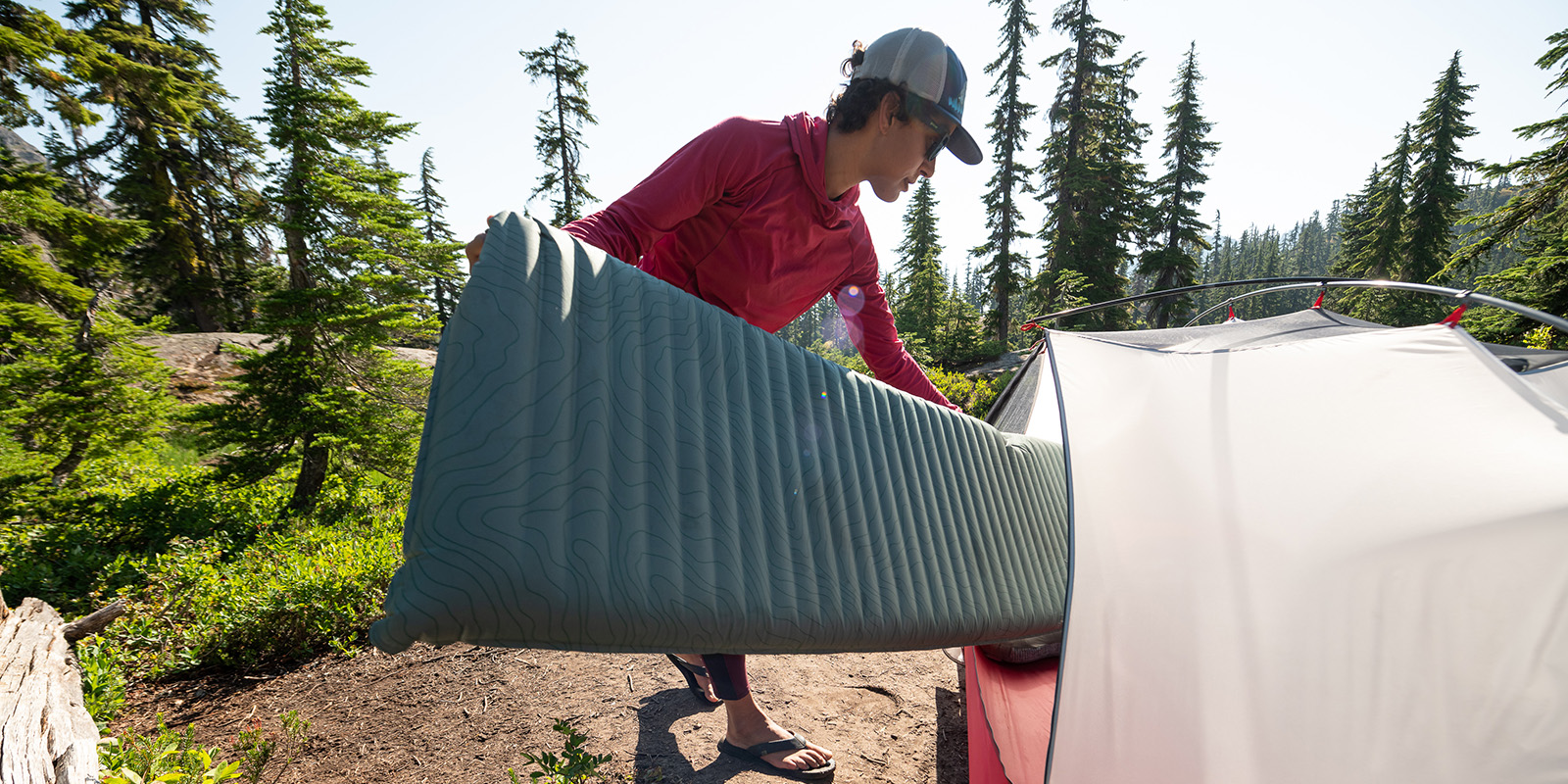 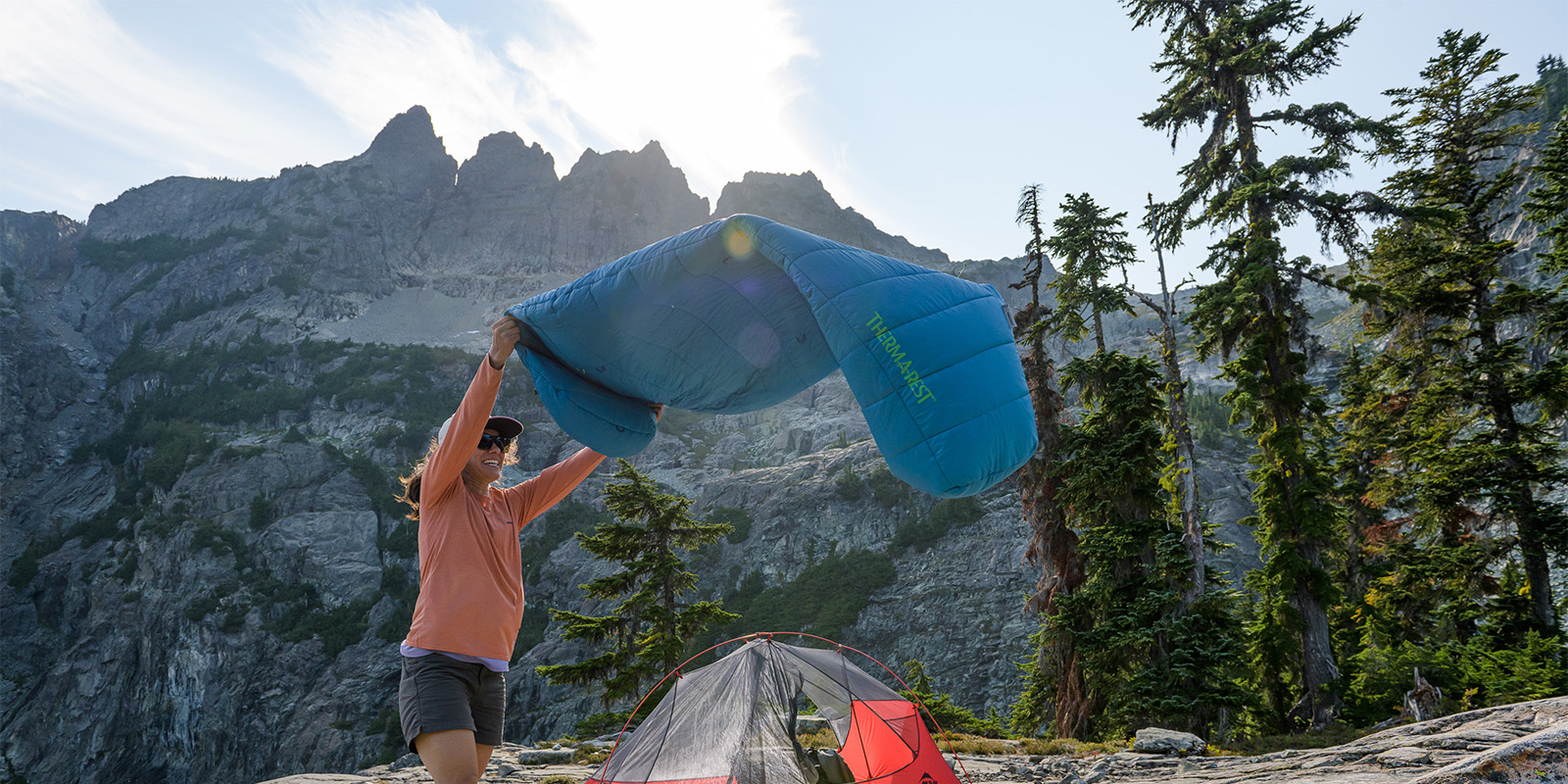 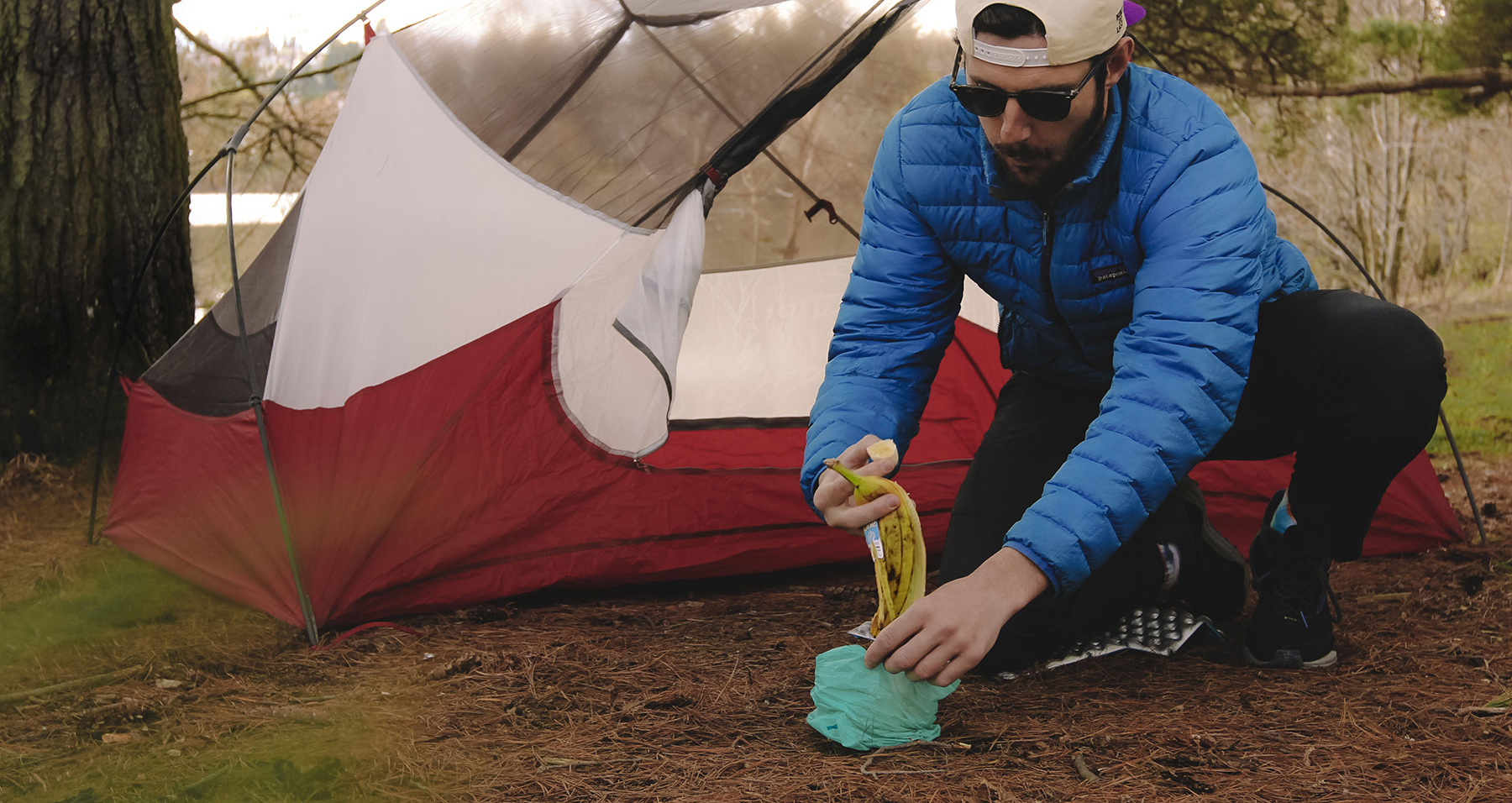 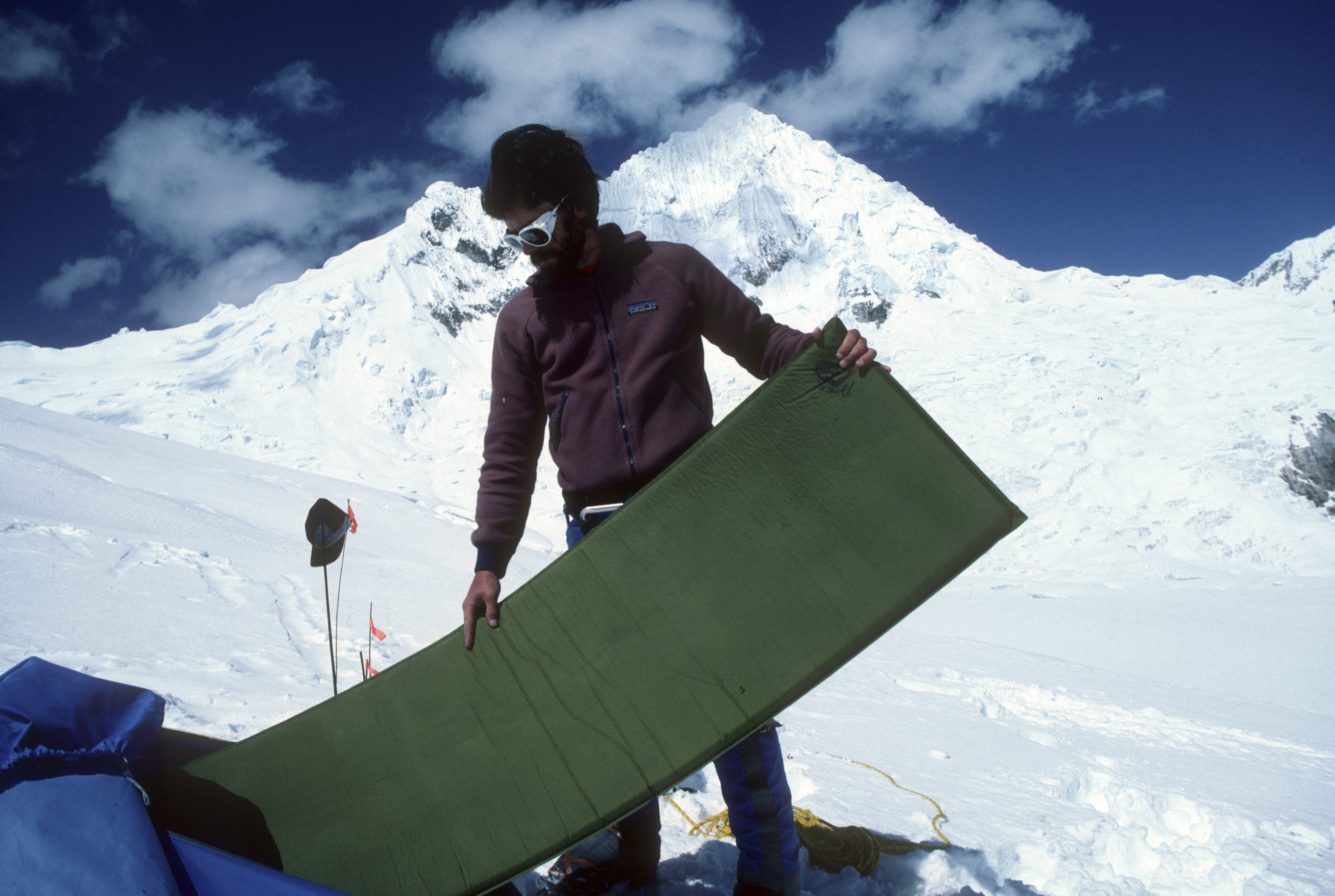 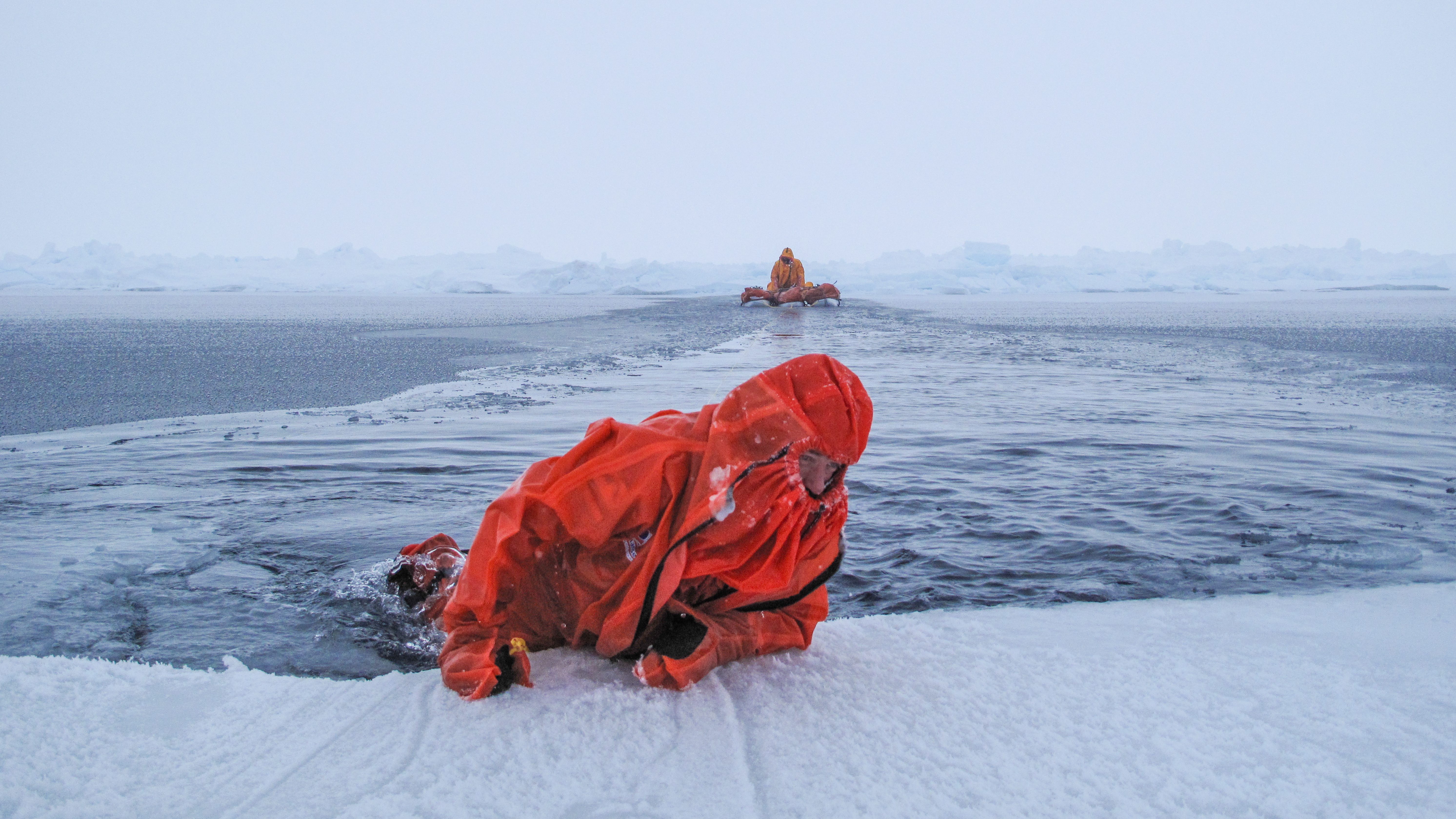 More Than a Brand: 2018 Sustainability Report