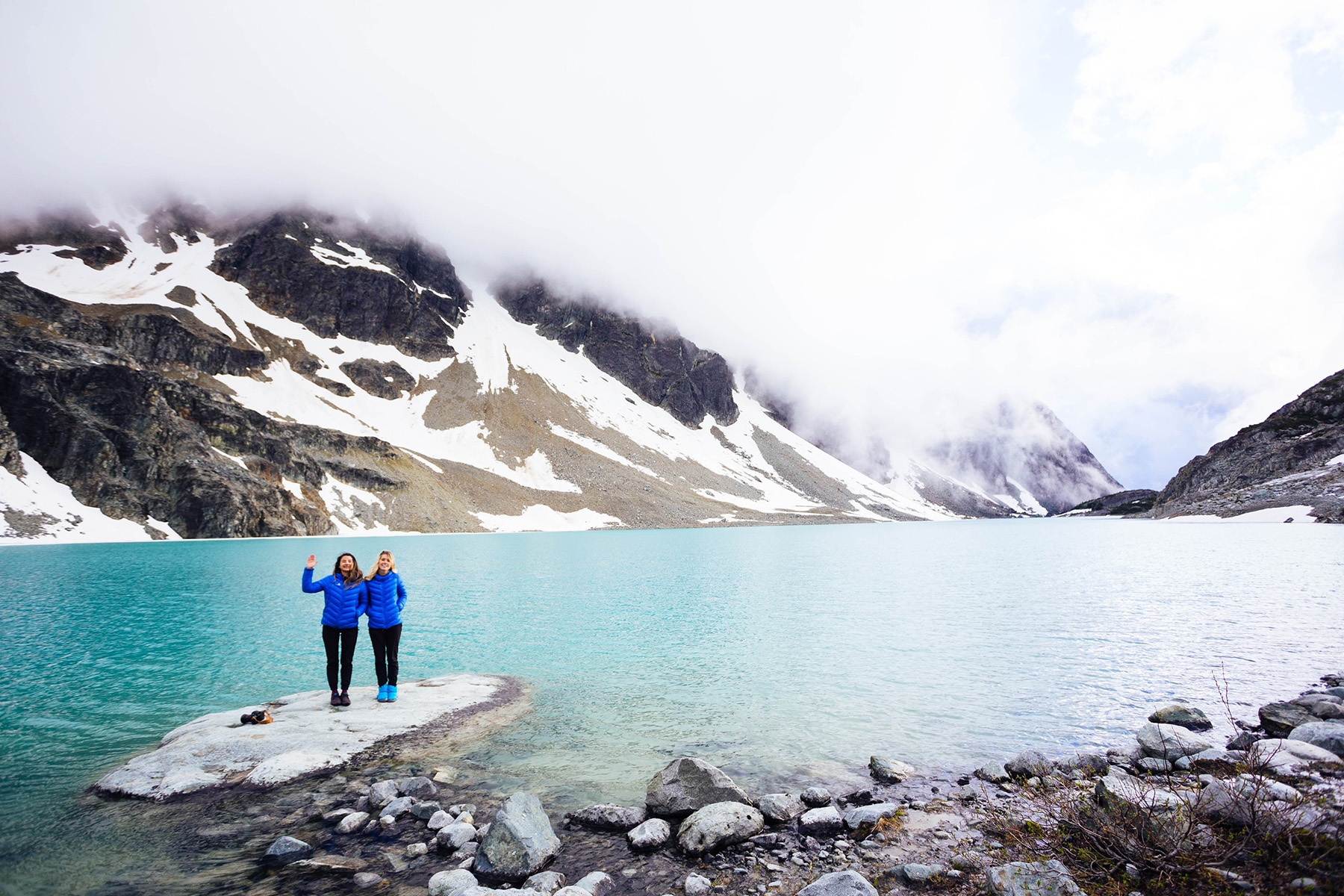 7 Amazing Women Outdoors You Should Know

I’m forever grateful to my father for introducing me to the outdoors at a young age. The vast wild spaces of the west coast comprised our backyard and we camped and explored it with reckless abandon. Still, upon growing into a young teen and deeming myself too cool to hang with the old man, I completely lost that luster for the challenges and rewards of outdoor adventure. 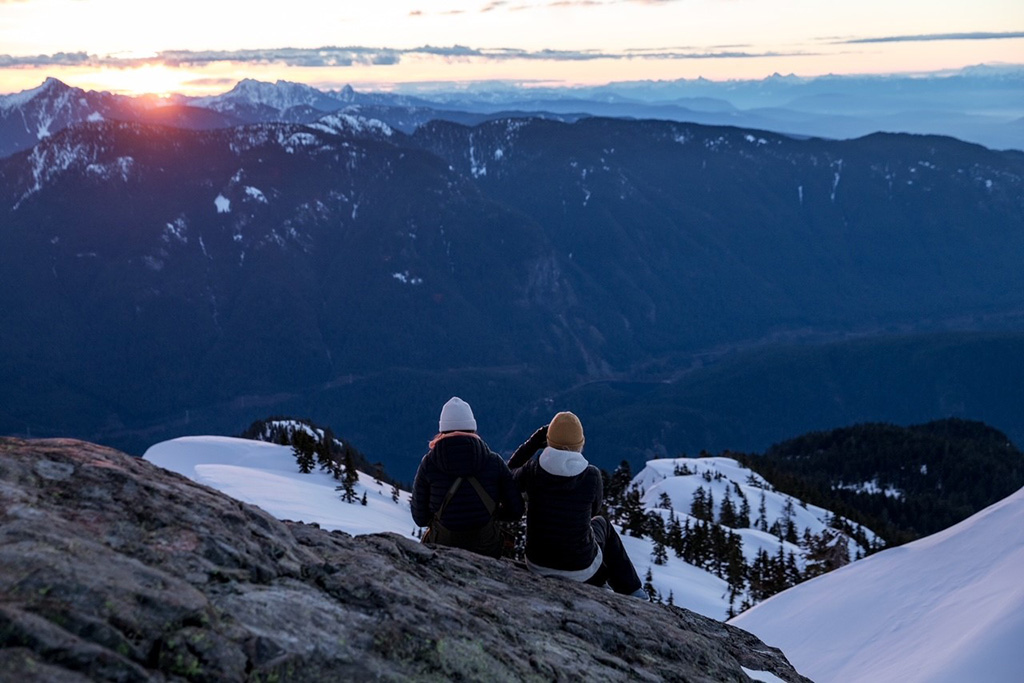 It took finding a community of strong, and spirited women to reignite that flame of adventure within me. Again, I’m forever thankful for the relationships I’ve been able to build as a result. One such twin flame is my friend, Mirae. For the first few years of our friendship we only ever camped in the winter, waking up to deep snow outside our tents. Our hikes grew more elaborate and ambitious as we’d bring to life the otherwise absurd ideas the other had. We would roast hotdogs in our tents over tiny burners and chat our way up peaks, our words echoing into the deep valleys and empty air around us.  It was a friendship that left us heaving with deep bellied laughter but also pushed us to go that much further to see a glimpse of dark night sky. 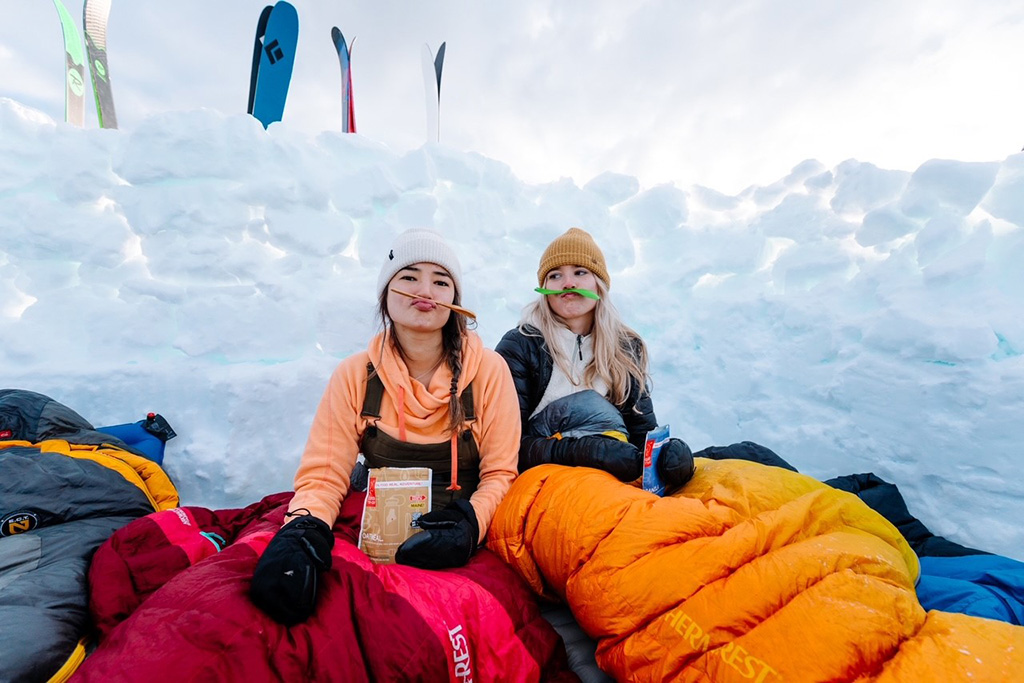 Women possess in them the ability to be highly successful in outdoor disciplines. This is due to a few reasons: women are immensely adaptable; our bodies and minds maintain better performance than men in high-pressure situations. Conventionally, we’re less risk-averse, but are not shy of calculated risk, which can lead to more rewarding outdoor outcomes. But finally, and perhaps more importantly, women are better at building community. Despite from a young age, women are on average introduced to the outdoors less than their male counterparts, they’re better able to form stronger bonds in their chosen outdoor sport once initiated into them.

This sense of community continues to create spaces for more women to partake in outdoor recreation and makes accessibility a top priority. While we should be celebrating women every day, this International Women’s Day I’d love to introduce you to seven incredible women making a difference in the outdoors, and making it more accessible for those hoping to follow in their paths.

Mirae Campbell
I’ve already stated that some of my most treasured backcountry moments have been with Mirae, but this photographer, creative, and self-proclaimed “connector of people” works hard to show everyone the possibilities that come from having a strong female network in the outdoors. Though most years would have brought a great deal of travel she spent the past year absorbing every crevice of her backyard and using it as the most incredible backdrop for photos. Her ability to make you feel like you’re there plunging into glacial lakes with her, or smelling the heat of a summer sun through her images is only one of the ways that she’s able to bring the outdoors to everyone. Moving beyond the connections made in a virtual world, Mirae started this winter combining her passion for accessibility and snowboarding by hosting an Avalanche Skills Training class for POC in partnership with Indigenous Women Outdoors and Incluskivity. She continues to advocate that everyone deserves access to the outdoors and that understanding the psychological, financial and societal structures in place that might hinder someone from it is the only way to make a difference.

Nikki Smith
With a casual 150 first ascents under her belt, and acting as a contributor to National Geographic Travel, Nikki not only continues to impress, but also sheds light on the difficulties around hormone therapy and stigma in the outdoor industry. “I feel a responsibility to anyone who doesn’t see themselves in the outdoors. Not seeing others like me made me feel like I didn’t belong in the climbing and outdoor community and it made my transition and coming out much more difficult. It took me to a place that almost cost me my life”. These days, Nikki continues to seek refuge in the outside world and holds a firm belief that rock climbing can teach anyone an incredible amount about facing personal fears.

Arianna Tricoumi
Hailing from Italy, this skier is a dominant force on the freeride scene. Whereas action sports have traditionally been male dominated, the swell of women in disciplines such as skiing and snowboarding has served as an inspirational blueprint for those hoping to also pursue such careers. Arianna has been shifting from solely competing and has started taking her love for skiing to some serious big mountain filming. She realized life was too short for the rigid rules and continues to go bigger and style harder. However, while the mountains provide a general feeling of freedom, they also pose a significant amount of danger when you’re not prepared. Arianna lost a dear friend to an avalanche and has since been a huge advocate for safety and education for those hoping to set out for some backcountry adventures.

Photographer, digital storyteller and a girl who’s currently reconnecting with her Shabot Obaadjiwan First Nations roots. Hayley recently took to social media to share how she became non-status as a result of ancestors never ceding their land and refusing to live on the designated small reservations, as the lands they had been hunting, harvesting, and living on from time immemorial were increasingly fragmented and appropriated. As a result of this they weren’t given the ‘rights’ that federally recognized ‘Indians’ were. This is the case for thousands across the country, who often feel invisible and unrepresented. She’s spent the last half year starting the long journey of learning Anishinaabemowin and omamiwininimowin to better understand where she comes from, and to in turn better educate people on how to support indigenous owned companies, and communities- specifically that relate to the outdoor world. She has an incredible gift for storytelling through words and imagery, and connecting the places we dream about, to the stories of indigenous persons of those lands and championing for the elimination of systemic barriers to entry into outdoor spaces for indigenous folks.

A social entrepreneur, adventure athlete, international speaker, yogi, activist, and founder and CEO of She Ventures, Georgina somehow also finds the time to serve as the Vice Chair for the SheJumps Board of Directors. SheJumps is a not for profit that offers programs throughout the US, ranging from wilderness survival and mountaineering to technical maintenance and skill-building clinics in a variety of disciplines. These events are educational and help women and girls to become self-sufficient in the
outdoors. Georgina’s own adventures take her across the globe, including the top of Mt. Everest, revealing that the greatest adventure we take is the one inward, connecting us to our wild truth and most authentic self. Georgina is on her way to becoming one of the 15 women in the world to complete the Explorer’s Grand Slam—scaling the highest peak on each continent and skiing to the last degree of the North and South Pole. Three expeditions remain. She uses her voice and adventures to advocate for women’s rights and equality, climate change, and mental wellness.

Milay, 30, a former refugee from Democratic Republic of Congo who came to Canada in 2010, noticed a trend when she became more active in outdoor sports like hiking, trail running and skiing a few years ago— no outdoor adventure marketing materials represented people like her. As a result, she founded Colour the Trails, an organization working towards inclusive representation in outdoor spaces. They work with brand partners, businesses, and organizations to break barriers and create accessibility, subsidizing outdoor adventures, and creating diverse content. Juju herself is an avid skier, hiker and mountain biker. She shares stunning imagery and stories inviting everyone to reflect on their own time spent outside and encouraging brands, often with her own resources to include better BIPOC representation.

Founder of Get Out, Stay Out, an Indigenous youth-led nonprofit reconnecting to the outdoors through culturally equitable outdoor programming, Karen Ramos has dubbed herself the Nature Chola. A Latinx- indigenous girl in her 20’s, she runs a blog and platform that hosts conversations about marginalized people. She’s a big believer in needing to educate oneself on the things that will make you uncomfortable, angry, and sad. She can be best described as an advocate for the environment and teaches her followers to best navigate outdoor trips with the smallest carbon footprint, and least amount of waste. The thing about Karen that is perhaps the most special, is that she believes a woman can be a strong mountain biker or outdoor runner all while wearing makeup and big gold hoops. It’s a radical turn from the traditional narrative we’ve grown up believing, and lets us know that it’s okay to embrace the things that make us feminine in a male dominated industry. 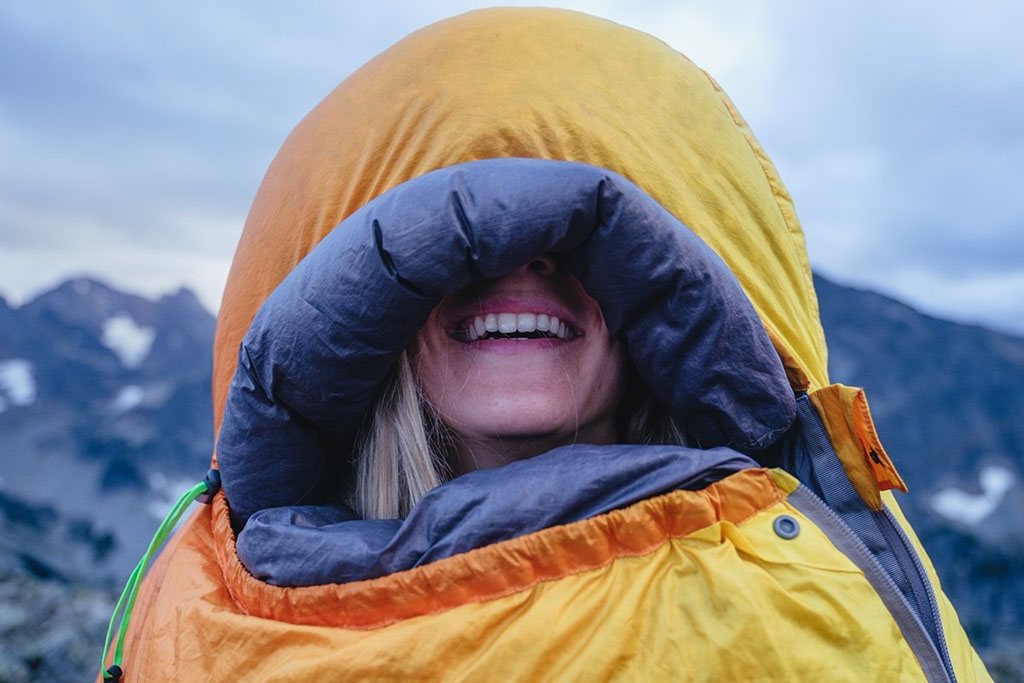 Life through rose coloured lenses, and a stomach full of chicken and waffles. Never-rester, photo-taker and someone who likes putting their feelings into words