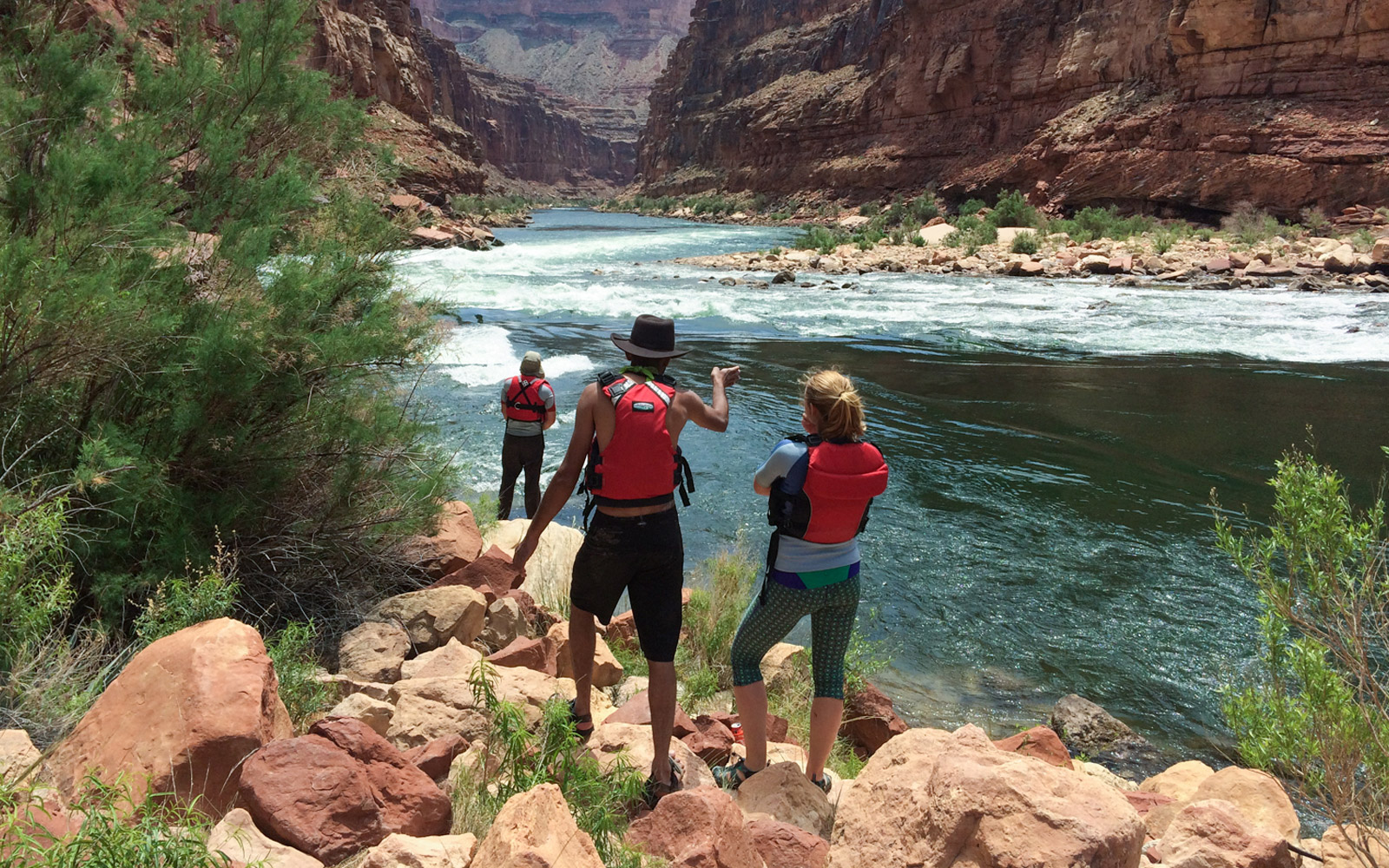 The water was far bluer, and far clearer than I’d imagined. Pushing our two rafts into the Colorado River at Lee’s Ferry, I couldn’t believe it didn’t look like the chocolate-milk flow I’d seen so many photos of. It was the first of countless surprises along the way from where I put in with my friends to where I took out at Phantom Ranch on an eight-day raft trip through the Grand Canyon. It was my first overnight raft trip, and I had put an enormous amount of trust in my more experienced friends, who’d applied for the permit and invited me along. Work deadlines had kept me from putting in much preparatory effort aside from the bare minimum, and I arrived to help load the boats feeling like a complete newbie—I didn’t even know the difference between the bow hatch and the stern hatch on the boats. I learned quickly over the course of the week and was soon rowing through rapids far beyond what I’d expected. I fell deeply in love with the canyon and the river, but there are still some things I would have done differently, if I’d only known. Here are a few.

1. Neoprene is totally worth it. Even though our days on the river pushed into the 80s and 90s, there were times when I was straight-up freezing. The water stays about 46 degrees, so once I was soaked by a wave, if the sun was behind a cloud and a breeze blowing, there wasn’t much I could do about my goosebumps and shivers. A couple of people on the trip had brought neoprene shirts for some extra warmth, and if I were to do the trip again, I think it would be worth the investment.

2. The Grand Canyon Rating Scale is unlike anything else. The volume of the Colorado River is huge, compared to other whitewater rivers. And it’s complicated. So much so, it has its own rating scale for rapids, much more vast and detailed than the typical range of Class I through Class VI. The elevation-change between the top of the canyon and the bottom isn’t actually that big. The rapids come from all the debris that spills down from its side canyons, and some of those rapids are gigantic. They range from a 1 to a 10, a 10 being like a Class V. I wish I’d known a bit more about whitewater before the trip. There’s a great glossary and description of the Grand Canyon’s whitewater here: https://azraft.com/grand-canyon-rapids-101-an-overview/.

3. Nobody can win the fight against sand. Nobody.

This, I had fair warning about. People told me, sand will get in everything—everything. Your sleeping bag. Your contact lenses. Your breakfast. Your sunscreen. Your underwear. You could go to great lengths to try to keep various items clean, but I found that the best option was simply to relax and roll with it. Feeling sand grains grinding into my face as I applied sunscreen every morning, I began to think of it as a weeklong exfoliation treatment. Just make sure to pack some lotion.

4. Geology knowledge makes it all the more fun. Nowhere else have I seen such a diversity of colors, textures and shapes in rock formations as in the Grand Canyon. Even without any geologic knowledge, it’s awe inspiring to witness as you float by wall after wall in what seems like a rainbow of colors. But I often found myself saying, “I wonder…” And in the Grand Canyon, there’s no way to Google anything. Any information you think you might want, you have to pack in advance. A pamphlet or guide to the rocks and minerals of the canyon would have completely enriched my trip. My friend organizing the trip probably referenced Kevin Fedarko’s bestselling book The Emerald Mile at least once in each of his preparatory e-mails. And now I know why. Fedarko masterfully weaves a thrilling adventure tale with the history, geology and politics behind the Grand Canyon as we know it today. I picked up a copy at the last minute and read it throughout the trip—and could barely put it down. As we floated through different landmarks mentioned in the book, my deeper understanding of their history made each one so much more interesting and memorable. I only wish I’d read it before the trip.

Author: Hilary Oliver, creator of the blog TheGription.com, is a freelance writer and editor. She would say “I’d rather be mountain biking,” but the thing is, she actually really likes writing, too. She’s a contributing editor at Adventure Journal, and her work has appeared on the Dirtbag Diaries, National Geographic Adventure, Climbing Magazine and many others. 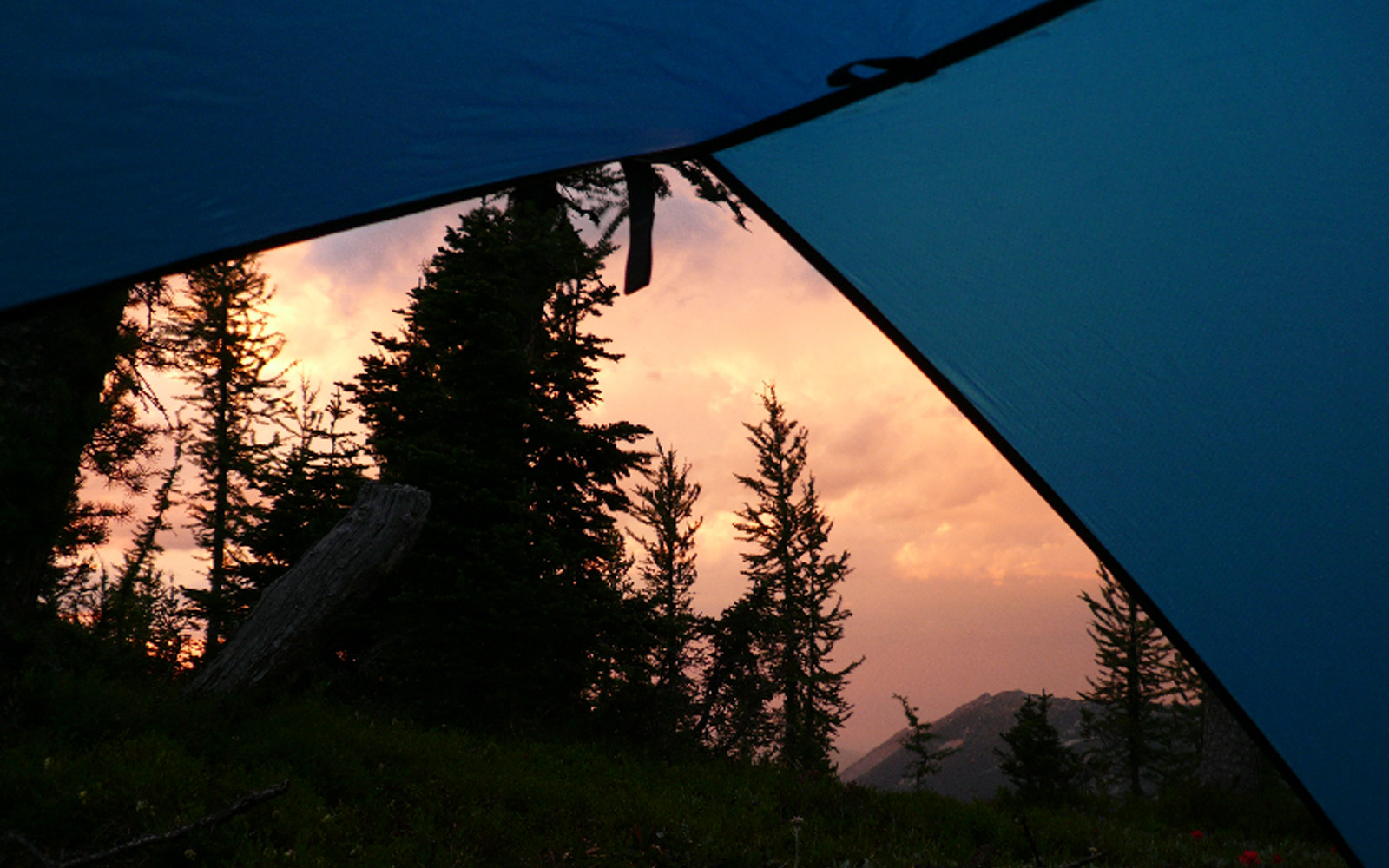