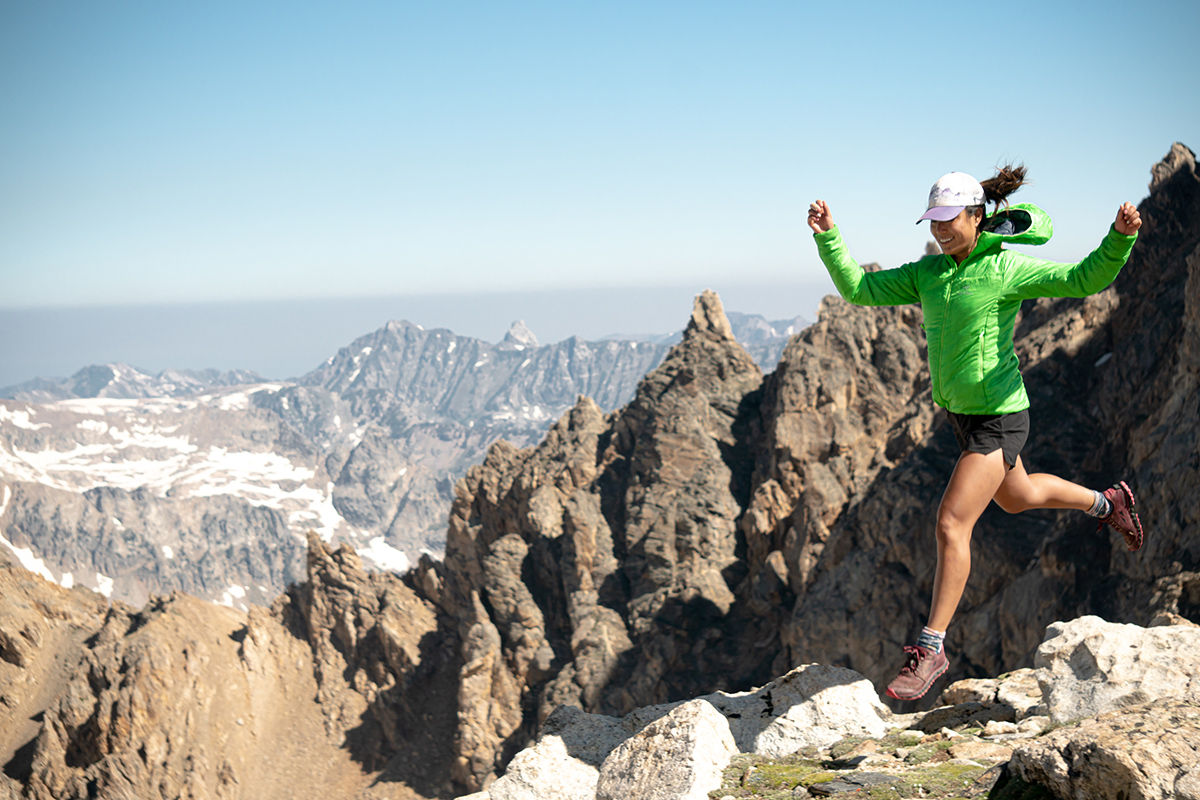 Get to Know the 2021 Summer Therm-a-Rest Dream Team

Therm-a-Rest’s 2021 Summer Dream Team shares their favorite backpacking gear and what drives their life of adventure.

It’s that time of year again, and we are stoked… introducing the 2021 Summer Dream Team! As always, selecting the team from all the applicants was truly difficult. So many of you are much like this group of individuals and represent what we are all about: an unbridled sense of adventure and the joy of sharing it with others.

Read on to get to know the team, find out what their favorite backpacking gear is and learn why these folks are well-worth a follow on Instagram. 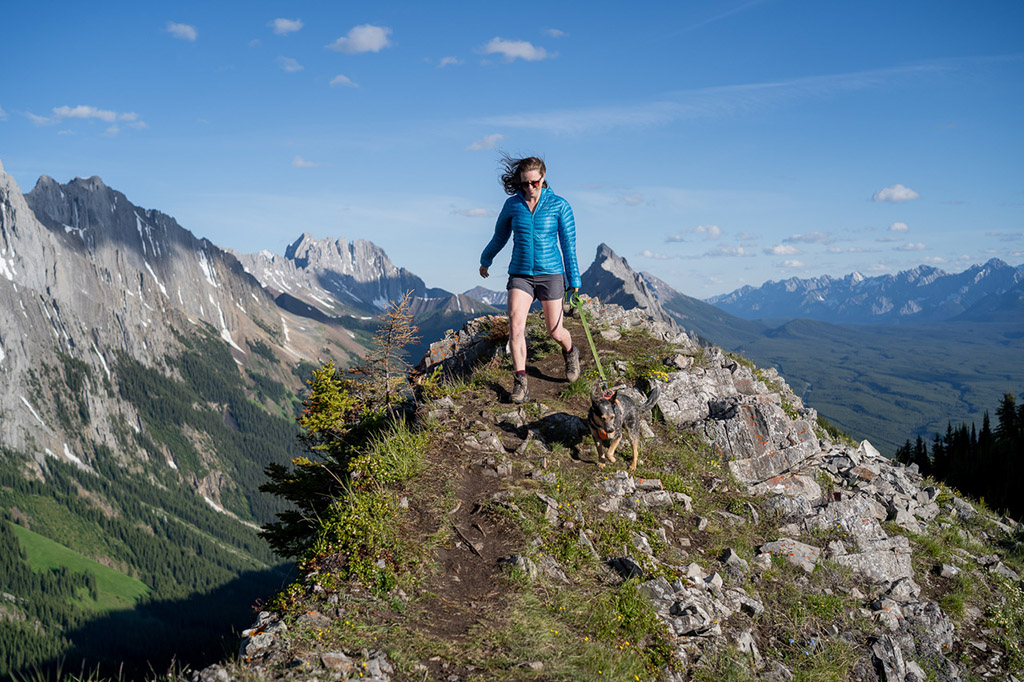 Domonique’s friends told her that having a baby would really change her lifestyle. While of course it’s true, it didn’t stop her from doing some pretty epic backpacking trips up until she was sixth months pregnant. If anything, it’s resulted in a life of adventure that’s all the more important. She’ll be busy this summer raising her daughter in spectacular natural settings Alberta has to offer like the Ghost River Wilderness Area.

Domonique’ favorite piece of creature-comfort backpacking gear: “I always bring down booties to change into at camp! After a long day of hiking, there is nothing better than taking off your socks and boots and slipping into some comfortable shoes!” 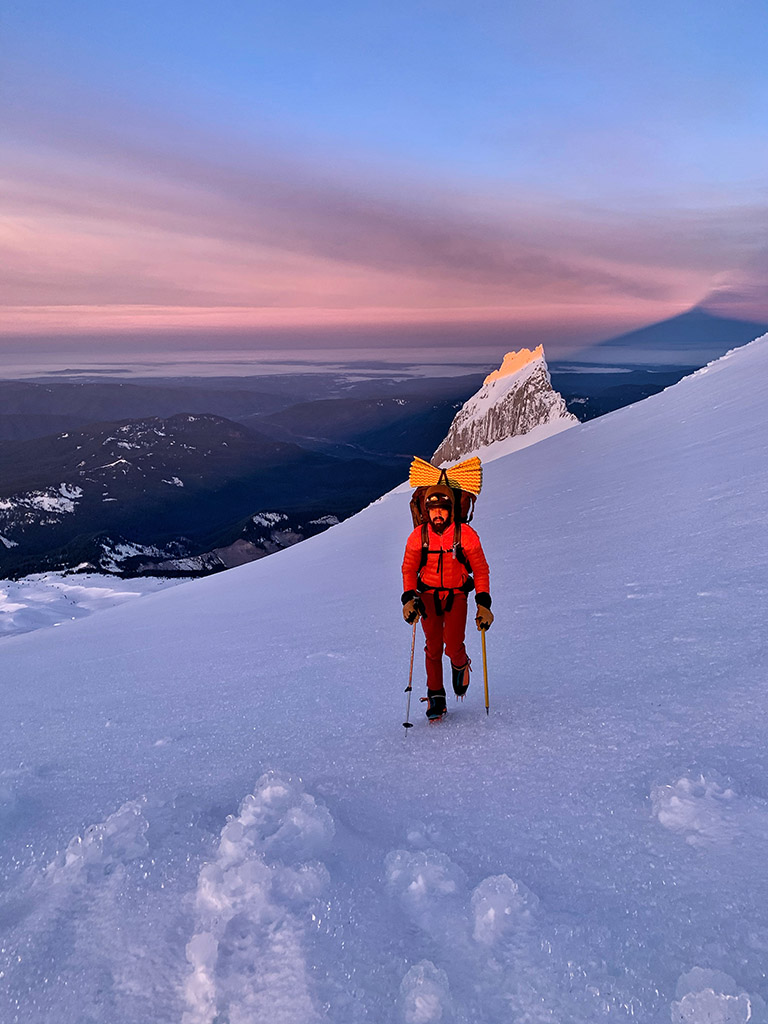 Anu’s adventure narrative began as many others have: a two-night backpacking trip. From there however, his narrative has ascended both figuratively and literally. Those two-nights led to a thru-hike of the Colorado trail, which has become plans for a Denali summit this season and Anu’s first 8000m peak later this year. Anu’s goal is to bag big mountains, yes, but along the way he aims to inspire individuals like him—people of color and immigrants—to feel safe and a sense of genuine belonging in the outdoors. Let’s all ascend with him.

Anu’s favorite piece of creature-comfort backpacking gear: “The Trekker Chair finds its way into my pack a lot. Hiking and climbing really make you appreciate a good sit, and the most comfortable sits are in my Trekker.” 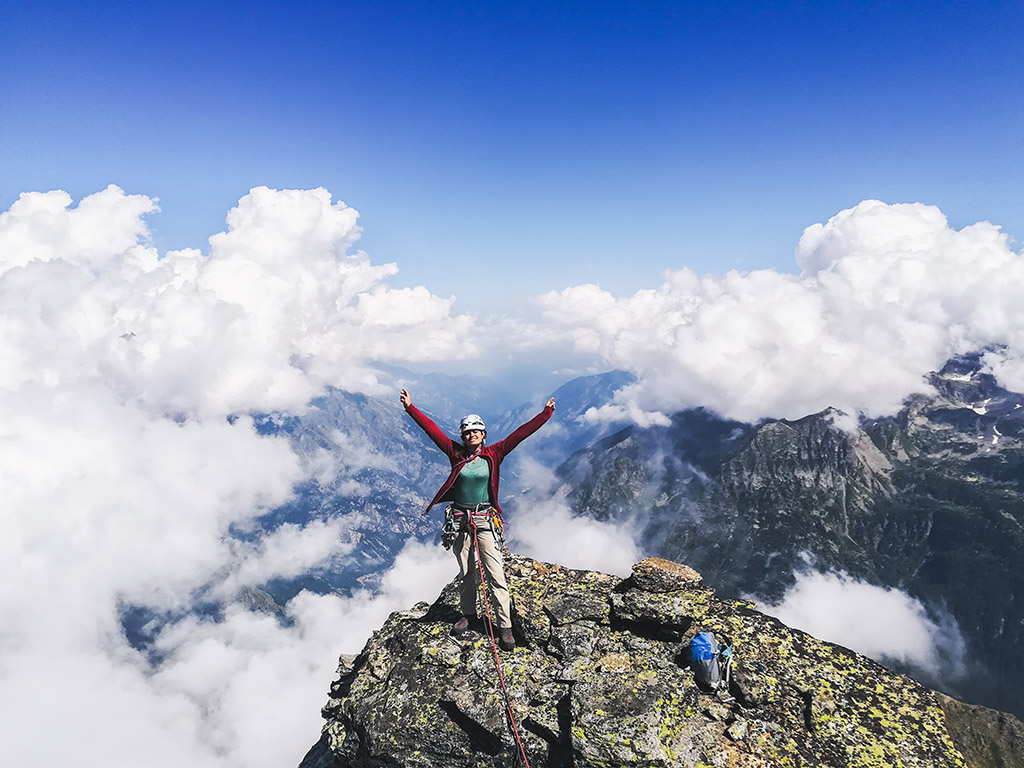 After a trip to Yosemite Valley inspired her, Illaria started to climb, and well, she never stopped. Having successfully climbed some of Europe’s premier routes, including the Cassin Route on the North Face of Pizzo Badile, Illaria knows what truly makes her happy: being in nature, climbing with friends and finding ascending to that sublime place beyond the reach of day-to-day worries. This summer, she plans to keep seeking that perfect place with trips to Mont Blanc, Marmolada and many more already on the summer schedule.

Hailey’s favorite piece of creature-comfort backpacking gear: “A proper pillow! Sometimes I have to use my climbing rope, and it’s not that comfortable.” 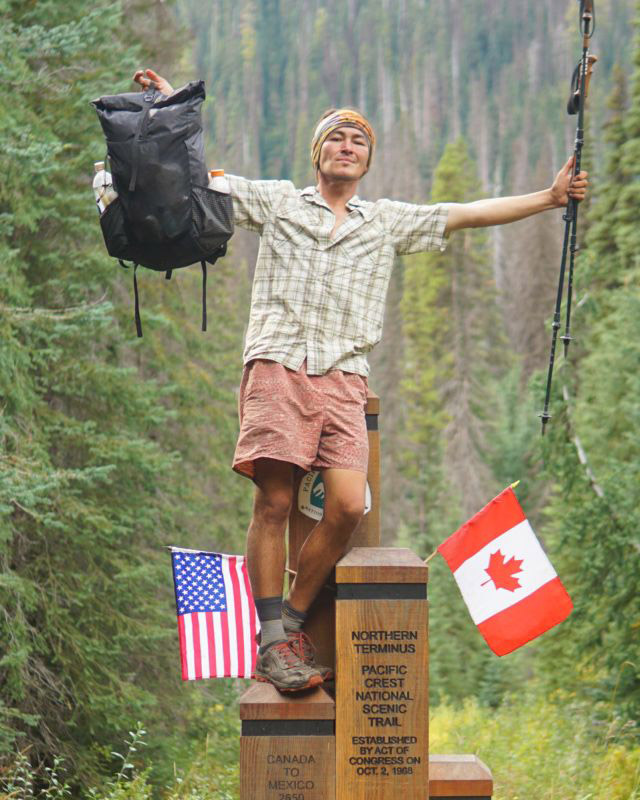 The wilderness laid deep roots in Jonathon as he grew up in a valley just 50 miles from Denali herself, a place he still calls home today. Scaling that continent-topper seems imminent, but for now Jonathon is focused on the incredible pursuit of thru-hiking. With a PCT completion in the bag, check him out as he looks to once again walk border-to-border on the Continental Divide Trail this summer. Jonathon may not be crossing the borders, but we have a hunch the Lower 48 can’t contain his thirst for adventure.

Jonathon’s favorite piece of creature-comfort backpacking gear: I always bring an inflatable pillow! And my neck thanks me for it every day on the trail!” 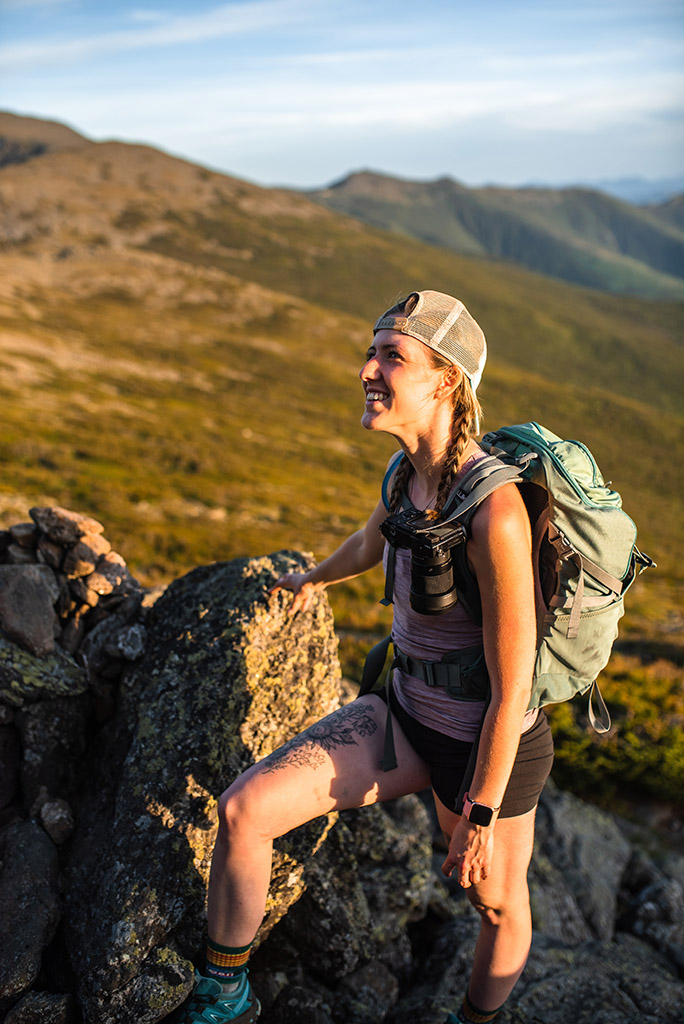 You could call Kelsea a consummate adventure veteran of the White Mountains in New Hampshire. We suppose that’s what happens when you scale all 48 4,000-foot mountains in the Whites (not to mention she grew up camping, hiking and fishing in the region.) Her summer will undoubtedly find her in those mountains where she is happiest, but we hear she has taken up bouldering and has been eyeing a trip west… Look out!

Kelsea’s favorite piece of creature-comfort backpacking gear: “I am definitely a creature of all the camp comforts. Although, there’s nothing like peeling off your boots or trail runners and sliding into some fresh socks and camp slippers!” 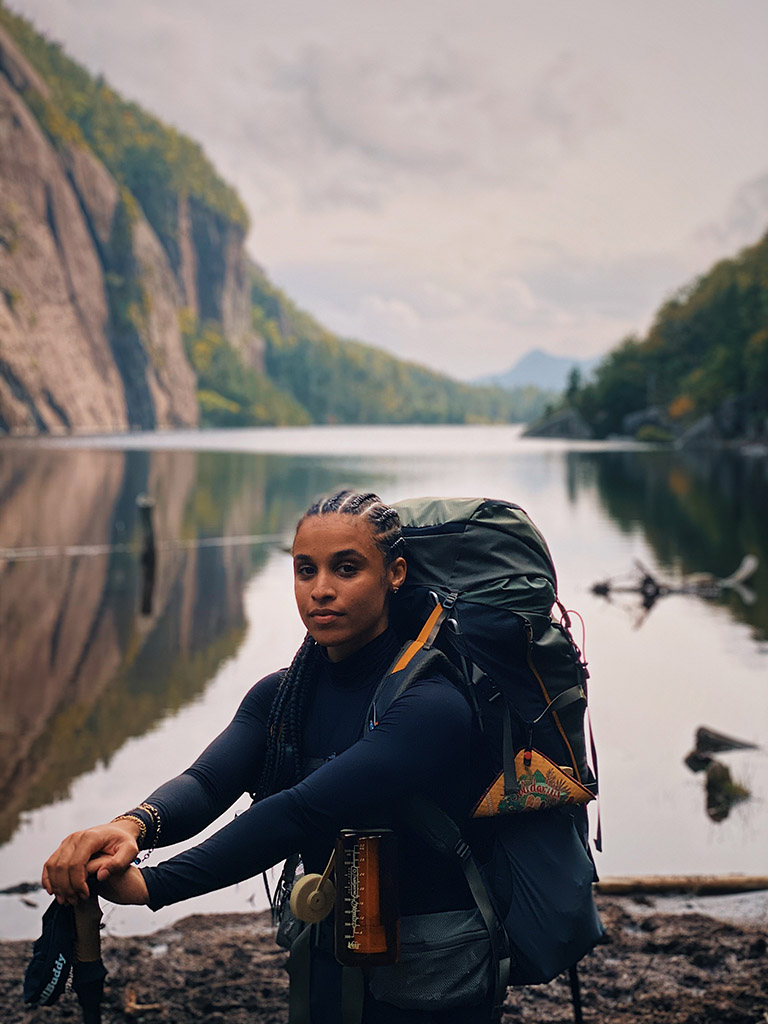 Kori saw her first shooting star at Lake Colden in the Adirondack Mountains. The childlike wonder and pure connection with nature captured in the moment is the essence of what keeps her loading up her pack, grabbing her camera, and hitting the trail at every opportunity. We can relate. She’ll be chasing that elemental joy this summer as she swings out to America’s west coast for some backpacking in top-notch national parks including North Cascades and Kings Canyon.

Kori’s favorite piece of creature-comfort backpacking gear: “A bandana. I’m comforted by having the worn fabric nearby. Not sure why exactly, but it’s something I noticeably fidget with or use for a variety of purposes.  It’s reassuring in its safety and versatility.” 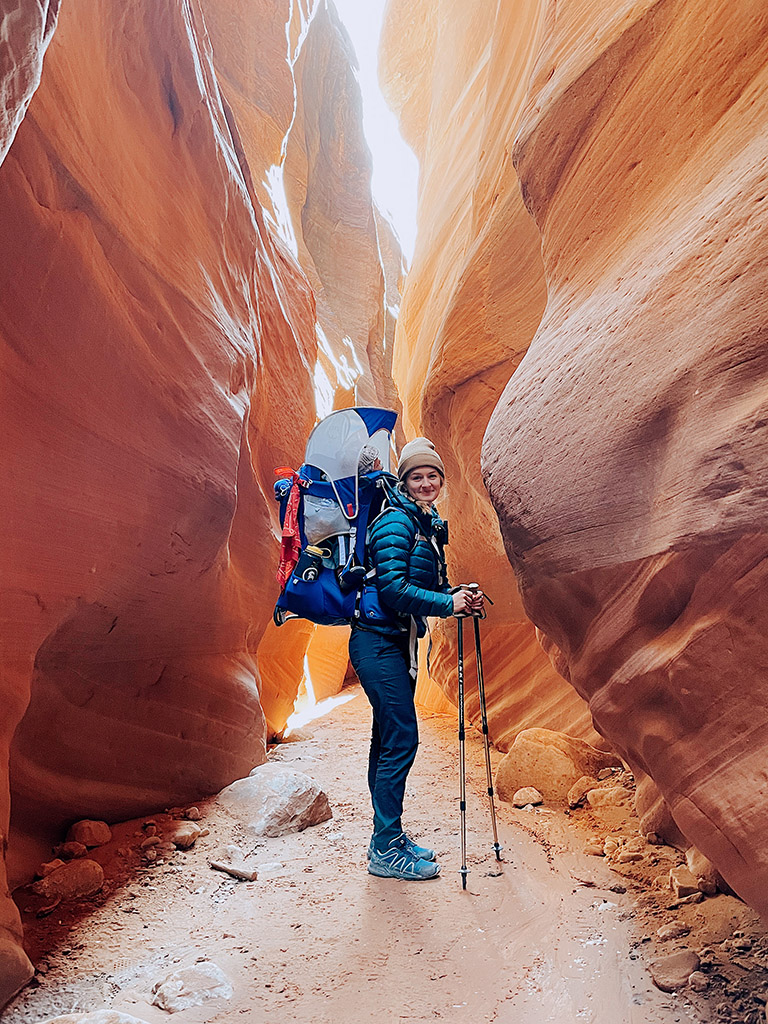 As a new mother, Hailey’s adventure lifestyle has a new dimension. Inspired by her own mother, she’s sharing her wilderness experiences with her child; eagerly balancing a passion for hiking and backpacking with the ultimate adventure of motherhood. We’re all about to be bit jealous of her kiddo as they get a massive head start uncovering the magic of the Utah this summer in places like the High Uintas and the unparalleled desert landscapes of Southern Utah.

Hailey’s favorite piece of creature-comfort backpacking gear: “I like to bring a chair with me when backpacking. It’s so nice to be able to sit up, off the ground, around the fire at camp. Sometimes though, it’s just a Z Seat, which has been invaluable for all the time I’ve spent nursing my baby on the trail.” 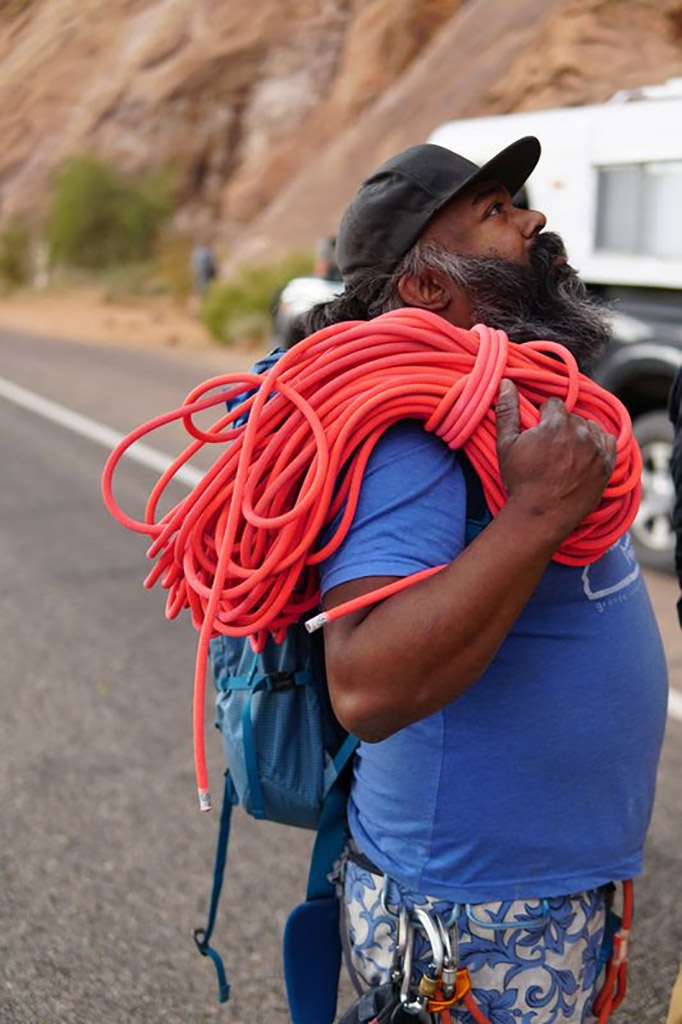 Whether it’s in his birthplace of Homer, Alaska, in the mountains of Lesotho where he served as a Peace Corps Volunteer, or in Eastern Oregon where he resides, the outdoors has always been where his passions align. Catch him fly fishing, backpacking, cooking, writing and taking photographs—or should we say “aligning”—in awe-inspiring settings like the Wallowa Mountains and Salmon River this summer. He may be inspired by where he goes, but we’re inspired by him.

James’ favorite piece of creature-comfort backpacking gear: “Not exactly gear, but I always bring my notebook with me when backpacking, not matter the distance or destination. I am constantly inspired by my experiences in the wilderness and, as a teacher and creative writer, want to be able to capture it.” 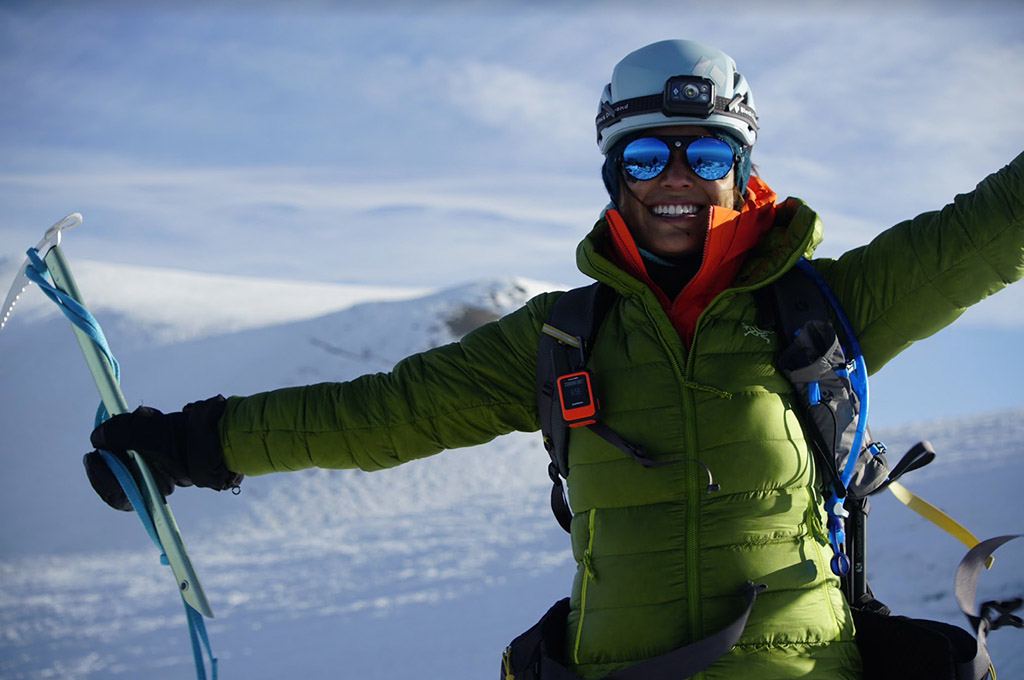 Growing up Michelle would try and push her parents to go further and higher on their day hikes, trying to get to the top of the mountain. As soon as she was old enough to do it on her own, that’s exactly where she went. Whether it’s a summit hike built into a solo backpacking trip or a multipitch trad climb, Michelle has the determination and endurance to truly discover the wonders of the backcountry. One of her greatest discoveries though, was learning when to turn back no matter how bad she wanted the objective. Follow along this summer, as she climbs, backpacks and tours her way around iconic peaks like Mt. Baker and Mt. Whitney. We’re pumped to see her achieve her objectives, but more than that we’re excited to see what she discovers.

Michelle’s favorite piece of creature-comfort backpacking gear: “Hot Hands! It’s just comforting to have the hand warmers with me. Even in the summer time, when I’m waiting for the sun to set or even before the sunrise in the morning, they’re so comforting to have!” 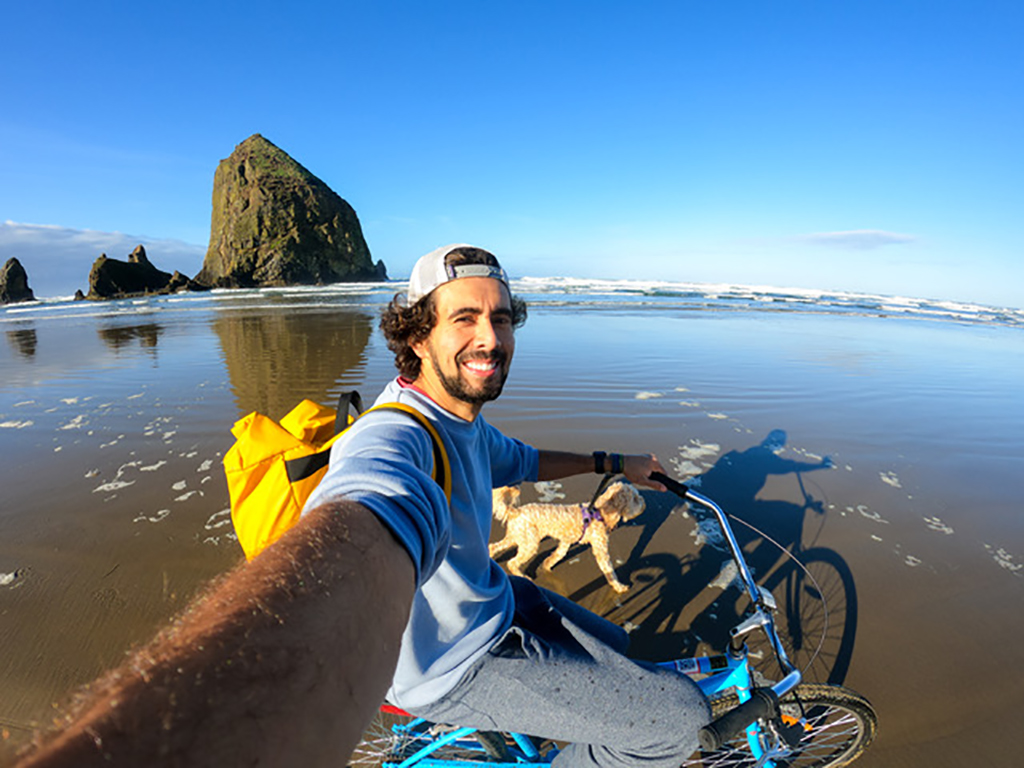 Growing up in the jungles of Brazil, exploring forests, lakes, and river systems with his family imbued a rich sense of adventure in Rafa from a young age, and a particular love of water. In Washington, that love of water extended to the frozen variety as he began to bag big, glaciated volcano peaks. When his mother gave him his first film camera he was the happiest kid on the planet, and probably still is. You can see for yourself this summer as Rafa—with camera in tow—backpacks, pack rafts, bikepacks and climbs in stunning locales like the Alpine Lakes Wilderness.

Rafa’s favorite piece of creature-comfort backpacking gear: “Without a shadow of a doubt my Hammock, literally part of my ten essentials.” 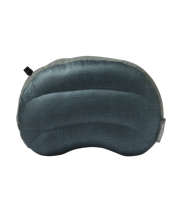 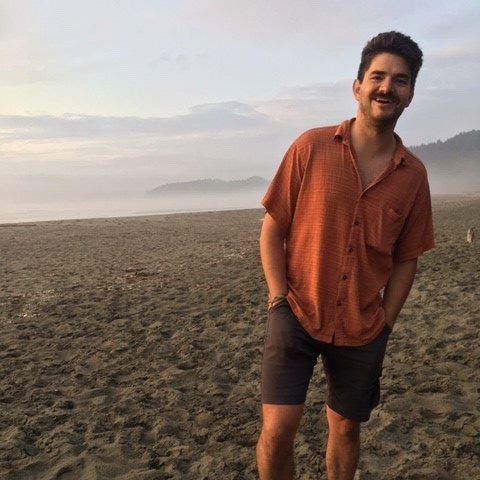 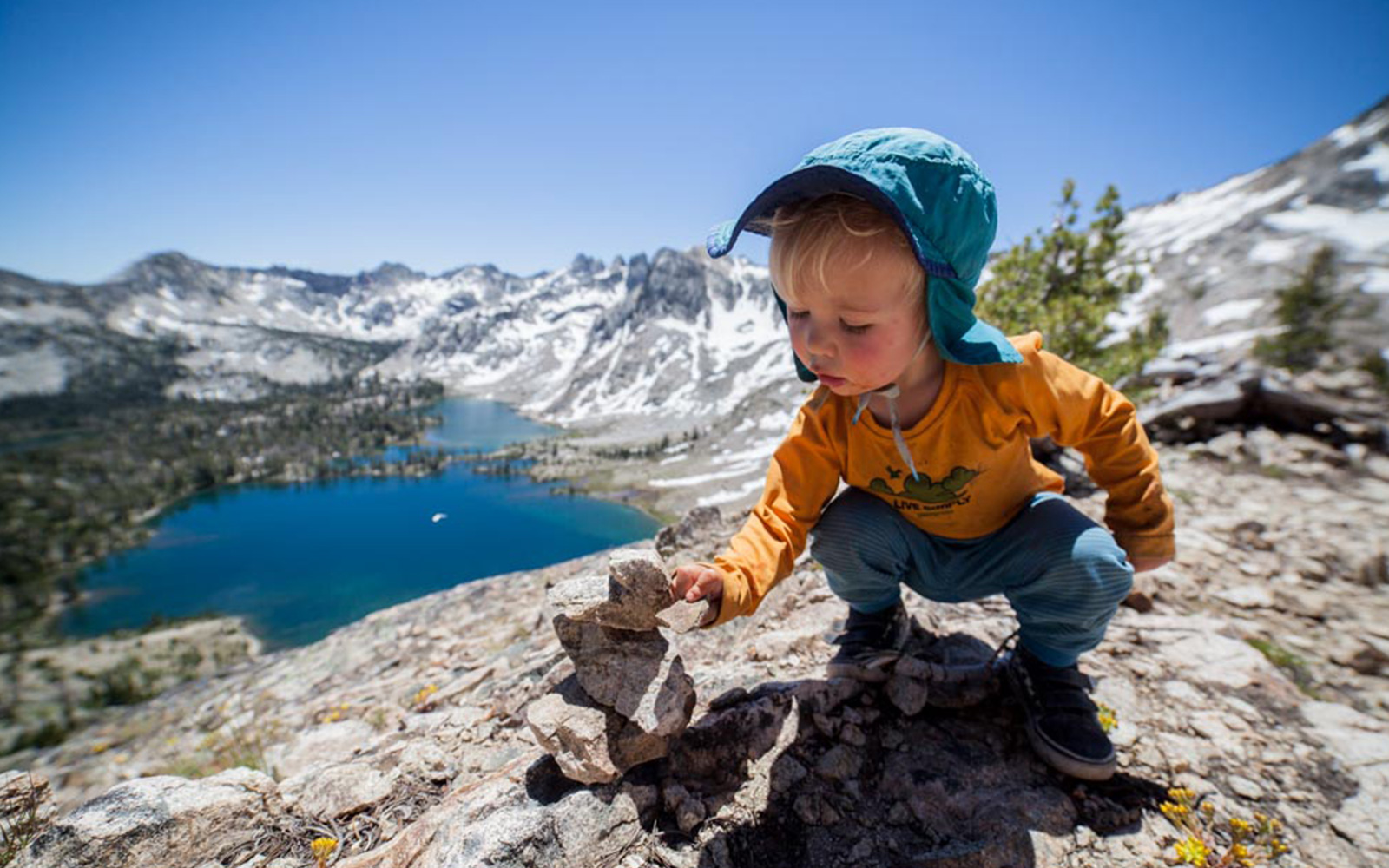 How To: Backpacking with Toddlers 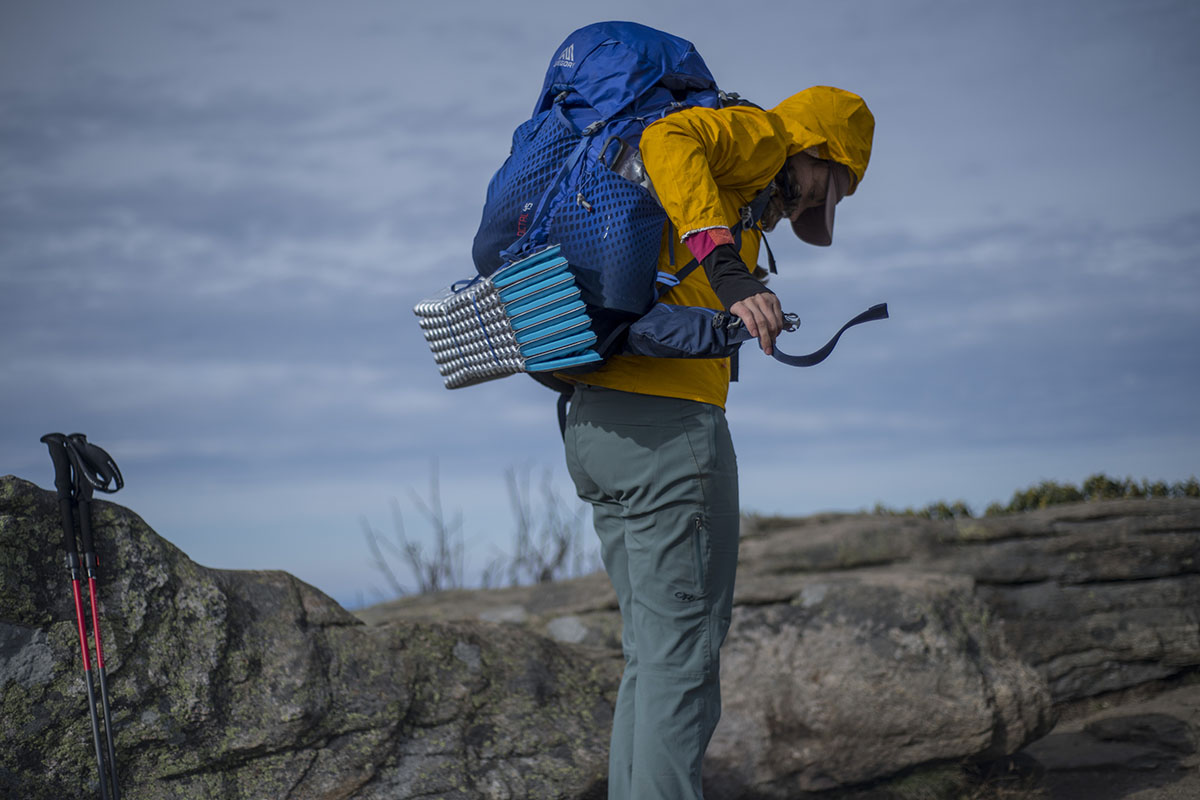 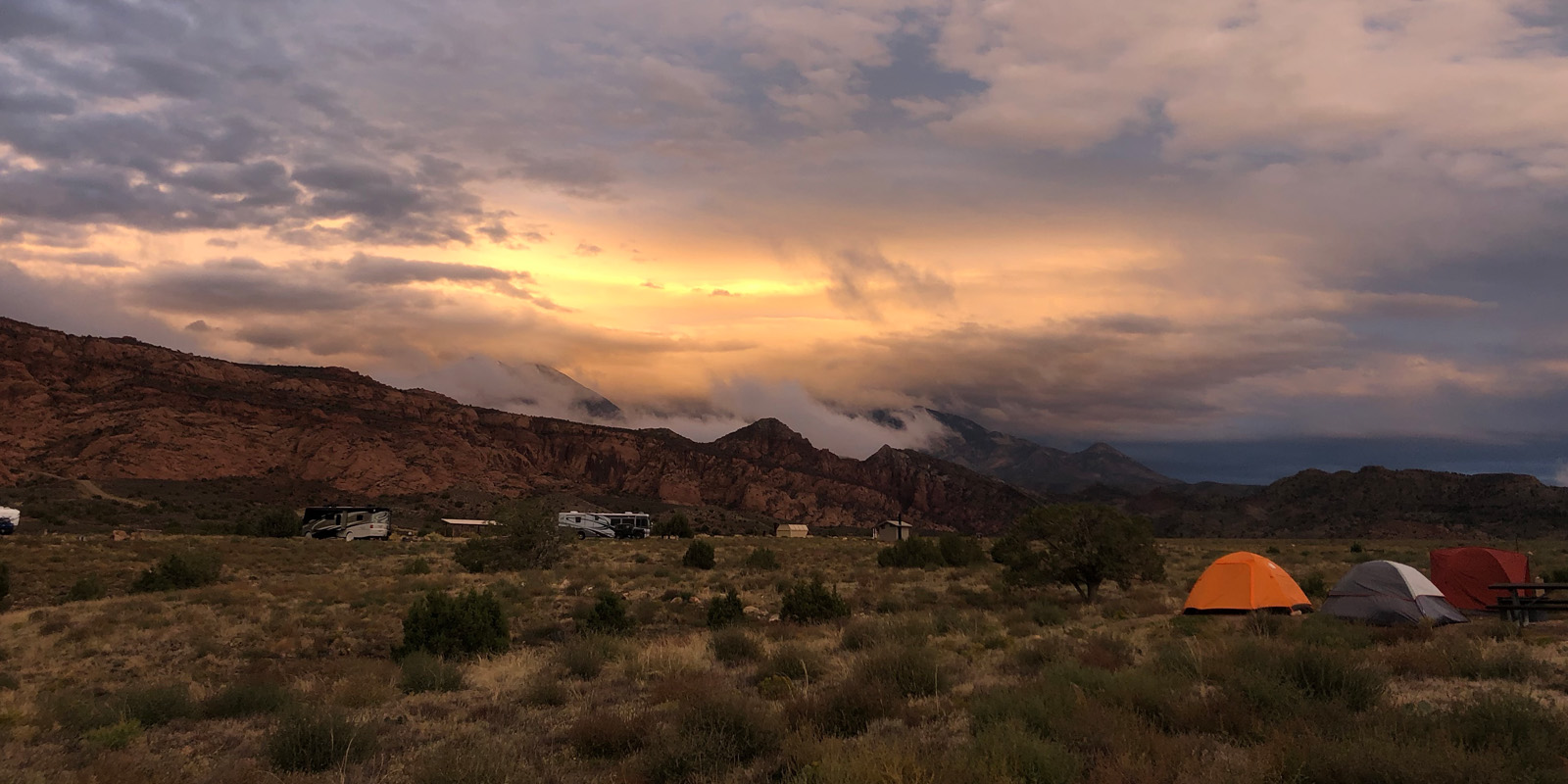 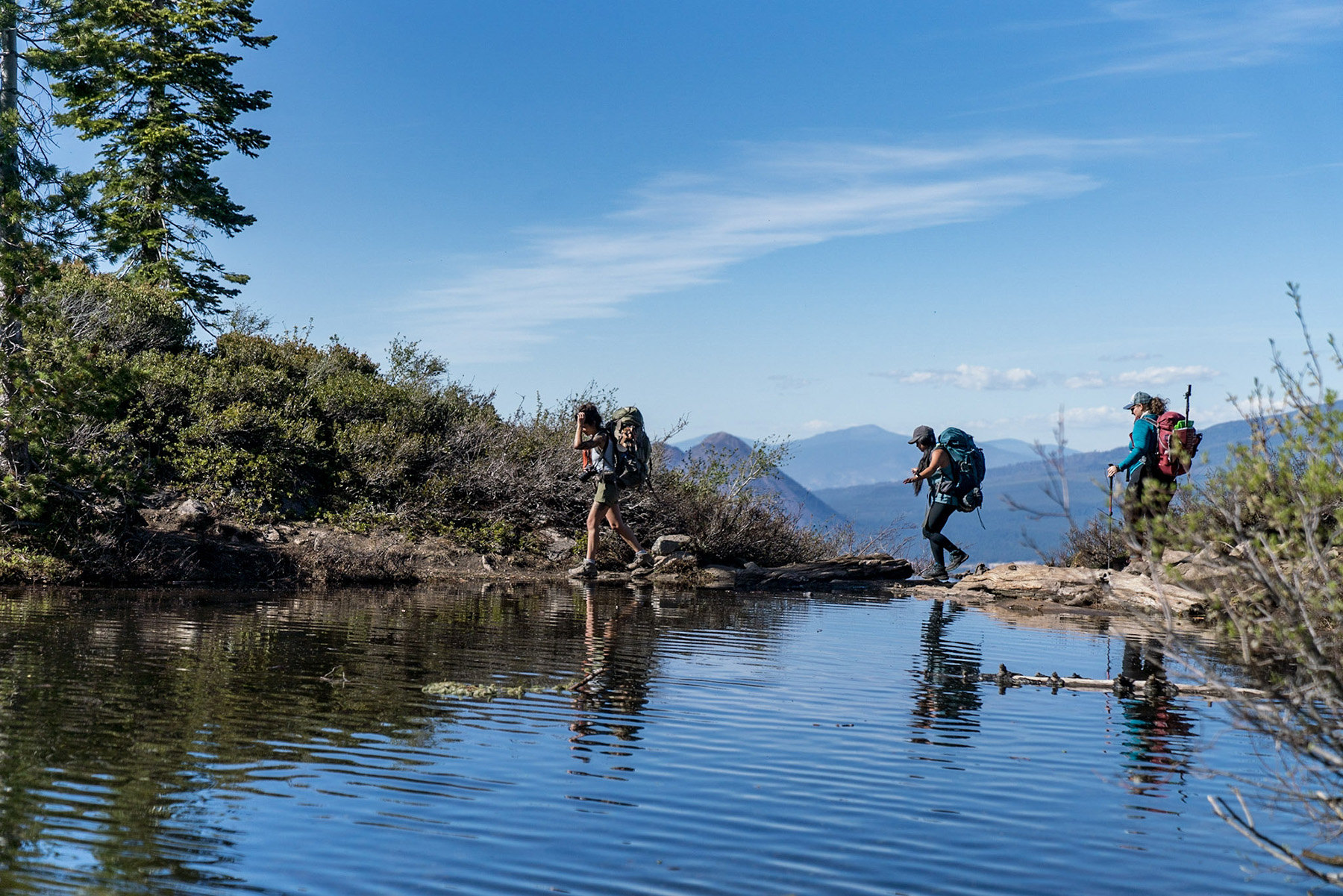 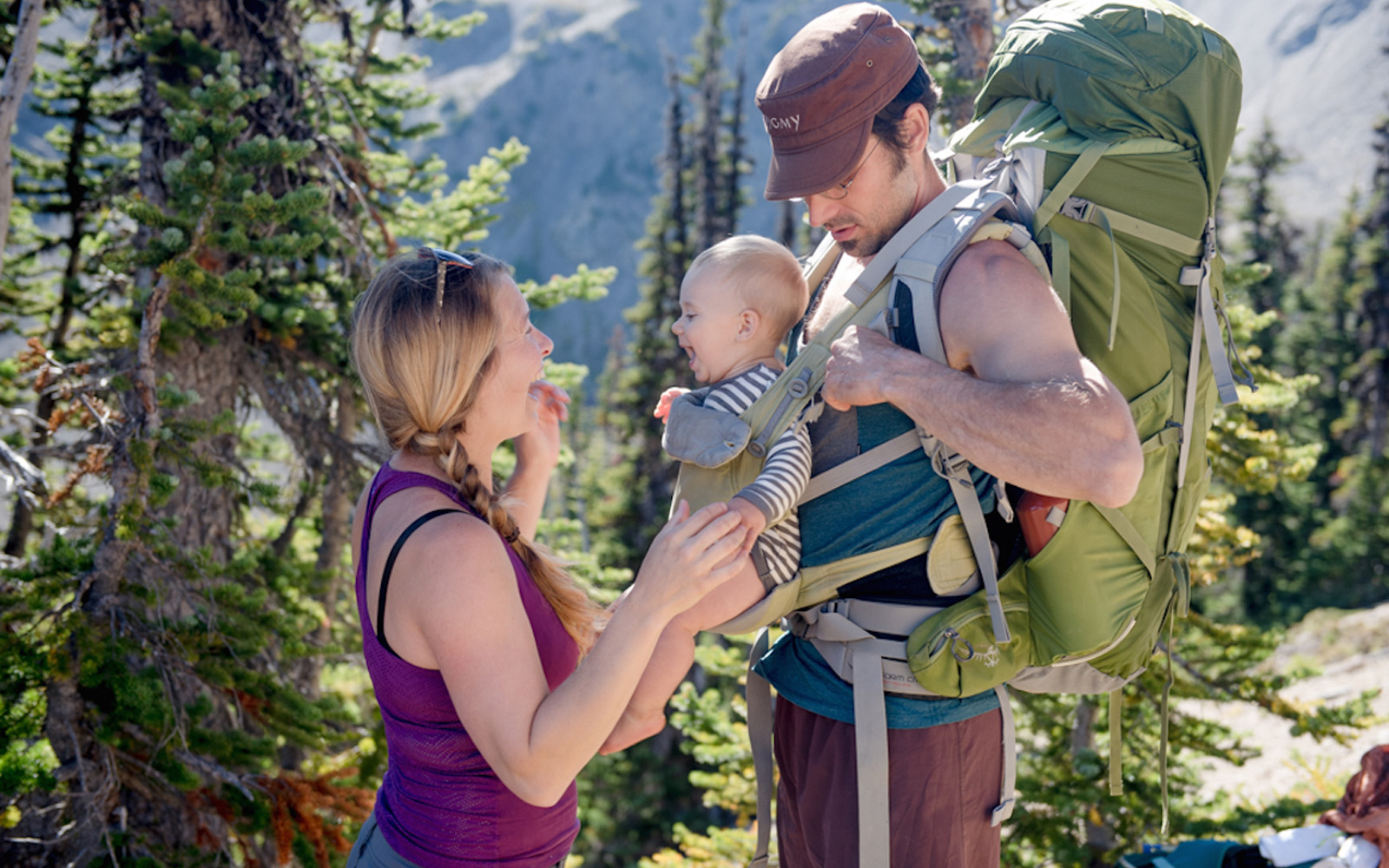 Tips for Backpacking with Babies